While royal families hold a strong influence in public fashion trends, the inspiration can work amongst their regal inner circles as well. This seemed to be the case when Princess Madeleine stepped out for the World Childhood Foundation’s 20th anniversary gala dinner in Sweden on Thursday, February 7. Looking almost impossibly glamorous, the 36-year-old royal slipped into a gown by French fashion designer Roland Mouret. Although his design dazzled on the black tie carpet, it was the resemblance the dress bore to a certain Duchess of Sussex’s recent wear that made us muse. 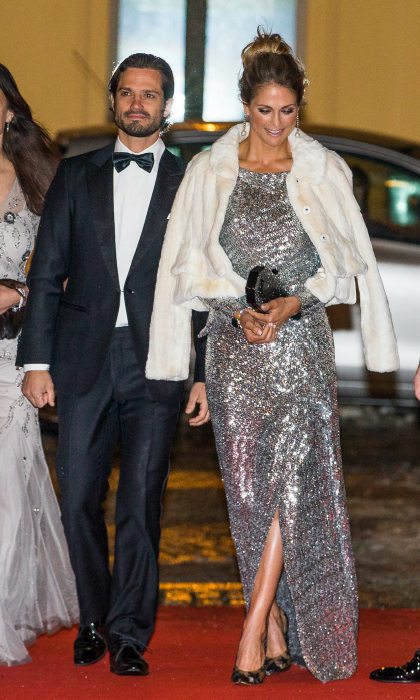 Princess Madeleine has opted for Roland ensembles before, but her most recent one was a dead-ringer for a dress Meghan Markle donned on her own humanitarian engagement less than a month ago. Prince Harry’s love pulled out all the stops with an almost identical sequined-dress by her friend Roland while attending Cirque du Soleil's Totem charity performance on January 16. 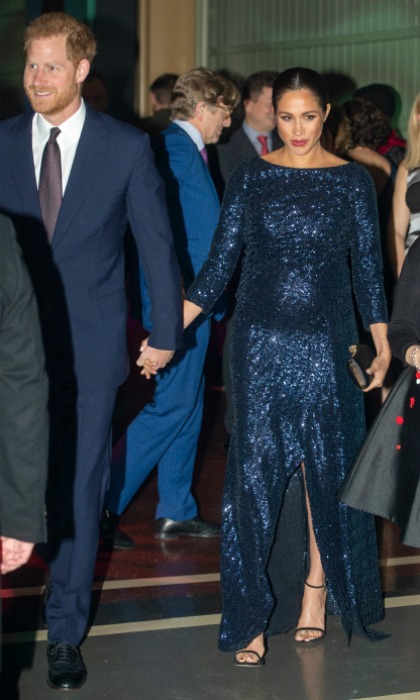 Both frocks feature long sleeves, a chic bateau neckline and sparkles for days. While the ladies almost certainly had the dress tailored to fit them to a tee, each also allowed showed the tiniest bit of leg with the small slit. The 37-year-old former actress and Madeleine opted for a similar vibe in their stylings as well, each carrying a simple clutch and sweeping their hair into an elegant updo. 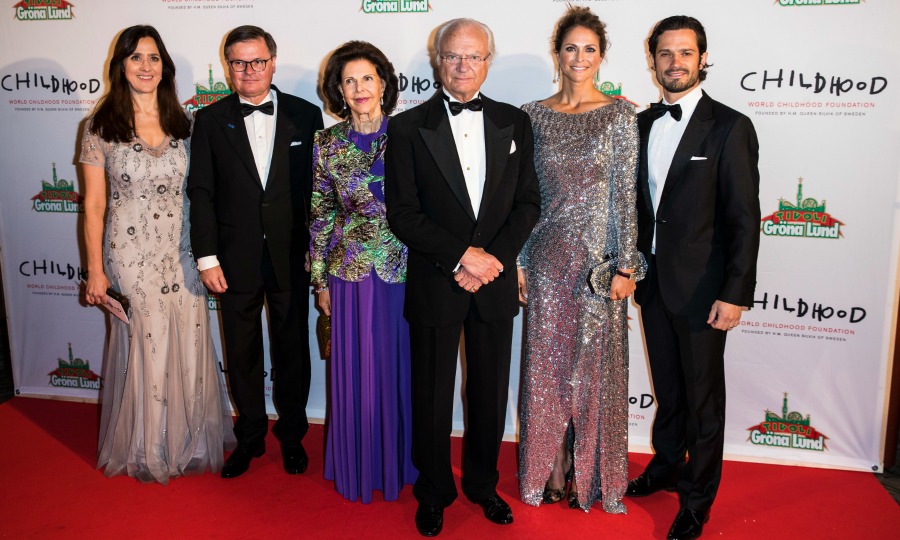 The Swedish royal family made for a radiant red carpet group

Madeleine was joined by her equally spiffed-up parents Queen Silvia and husband Karl Gustav, and brother Prince Carl Philip, for the worthwhile evening at Tyrol restaurant. Silvia founded the charity back in 1999 to prevent abuse and exploitation of children and support youths in need. Her family has been very active as well, with Madeleine continuing to work for the nonprofit despite her recent move to America. In fact, the mom-of-three flew over from her new Miami home just for the occasion.