The Duchess of Cambridge celebrated a very special occasion this week: her mom Carole Middleton’s 64th birthday! The 37-year-old royal stepped out in style for the bash, which was held at her sister Pippa and brother-in-law James Matthews’ Chelsea home. For her favorite lady, Kate opted to rewear one of her favorite gowns, a floaty coral number by beloved designer Alexander McQueen. Boasting a ruffled chiffon material, the maxi dress is an off-the-shoulder boho-style frock. We recall the mom-of-three first donning it back in 2017 with one of the same exact accessories! 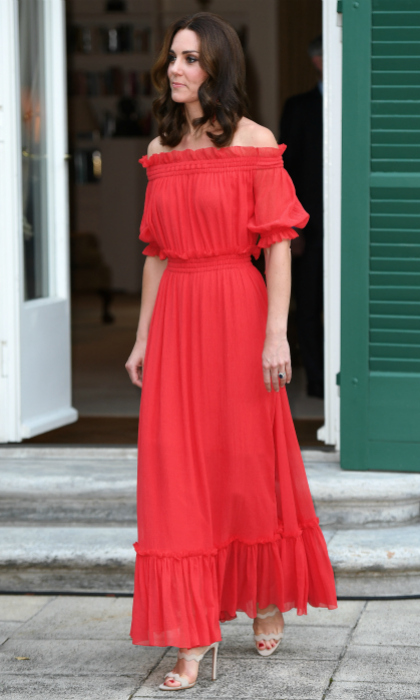 Made in Italy, the pleated dress has sold out across shops once again, due to the modish royal’s fashion effect. Holding a long-standing love of McQueen, Kate first publicly wore the dress to a garden party while on royal tour in Germany. This time around, she dusted off the party dress for an event closer to her heart, opting for the same Simone Rocha earrings she clasped on in Berlin.

Photos published on Mail Online show Kate arriving at the party in her dress under a black overcoat and carrying what appeared to be a gift for Carole. She clearly didn’t want attention on her, ducking away from photographers as she made her way into the celebration. Prince William was not seen and most likely stayed home to watch George, Charlotte and Louis. 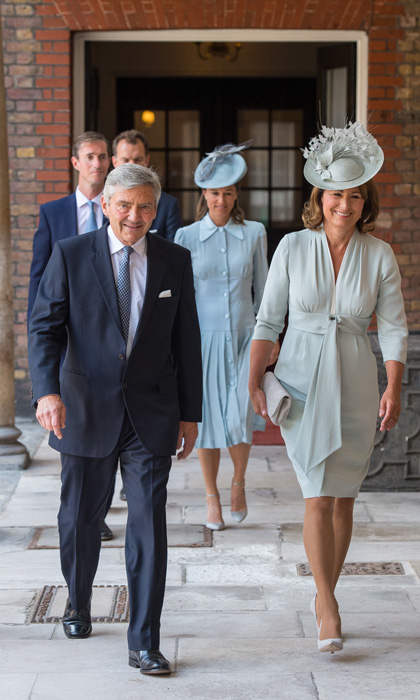 The Middletons are a tight-knit (and stylish) family

The following day, Michael Middleton was seen leaving Pippa and James' house laden with beautiful flowers – no doubt further gifts for Carole from her guests. It's unsurprising that the family celebrated together on the evening of her big day, since Carole has spoken in the past of their close-knit bond, despite their ever-busy schedules. James Middleton and his girlfriend Alizee Thevenet and Kate’s close friend Sophie Carter, were also reportedly at the gathering.