Prince Harry and Meghan Markle are having another special date night! The Duke and Duchess of Sussex are set to attend the premiere performance of Cirque du Soleil Totem at the Royal Albert Hall on Wednesday, January 14. The special evening will be dedicated to raising funds for Harry’s charity Sentebale. The performance will be dedicated to inspiring the youth through art and culture. “It is because both our organizations share these very values that we will proudly dedicated our Totem premiere to the Sentebale Nights,” Daniel Lamarre, Cirque du Soleil Entertainment Group’s chief executive said in a statement.” 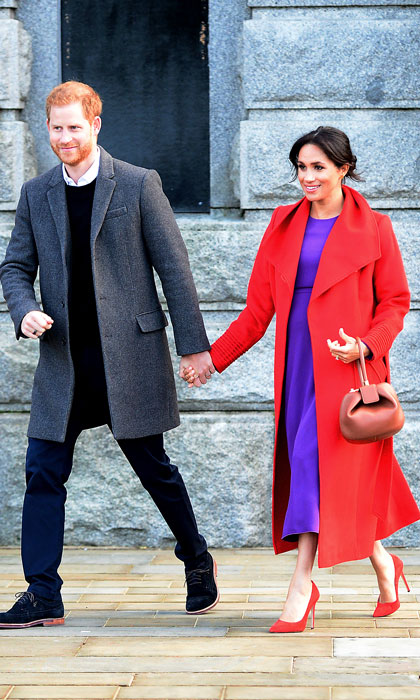 He continued about the performance saying it is “a perfect way to allow us to raise significant funds and awareness together.” Sentebale, which means “forget me not,” was founded in 2006, by the Duke of Sussex to help young children who lost one or both of their parents to HIV/AIDs, or contracted the disease themselves. The Cirque du Soleil performance will be the first engagement this year dedicated to the Duke’s charity.

In August the royal couple attended a gala performance of Hamilton at the Victoria Palace theatre with the show’s creator, Lin-Manuel Miranda, in honor of the charity. After the performance, Harry took the stage where he playfully sang a line from the play, before commending the actors and the donors for a successful show. “I don’t know how you guys do it,” the 34-year-old said to the performers. “Every single night over and over again in this heat.”

In August, the Duke and Duchess attended a perfomance of Hamilton in honor of the charity Photo: Getty Images

MORE: These are the names Prince Harry and Meghan Markle like for a girl

The father-to-be also addressed the crowd who raised “a huge amount of money, for the charity. “Through the work that we’ll be doing. We’ll be able to stop the generational hand down of the stigma around HIV.” Meghan, 37, and Harry’s date night will come after the Duchess makes her first trip to Mayhew, as the patron of the organization. The parents-to-be also marked their first joint engagement, this year, with a trip to Birkenshire on Tuesday, January 15.