Jennifer Lopez is getting the chance to work with the home designer of her dreams. The World of Dance judge was spotted out with Fixer Upper star, Joanna Gaines at her and Alex Rodriguez’s home in Malibu last week. Jennifer, 49, and Joanna,40, were seen walking alongside of the perimeter of the house. Joanna, who typically works with her husband Chip, had a cute little assistant in tow – her nine-month-old son Crew. The two women were also surrounded by a camera crew. 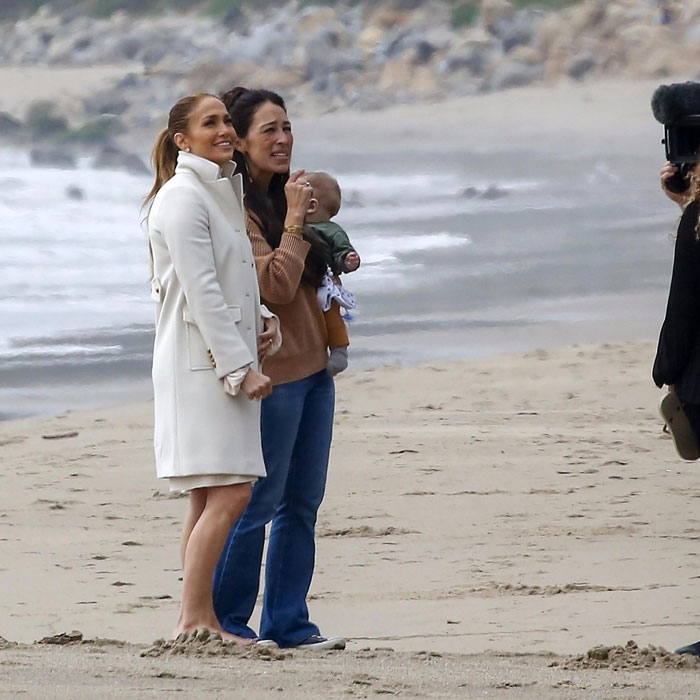 Jennifer Lopez and Joanna Ganies were spotted outside of her Malibu home Photo: The Grosby Group

It’s unclear if the pair were shooting for a show, or if the architect was offering some professional advice. The Dinero singer walked the beach in a cream coat with her long tresses pulled into a single ponytail. Joanna was all business in her typical relaxed style, rocking a brown sweater and jeans. Notably missing from the meeting was A-Rod, who will share the residence with Jennifer, and Joanna’s husband, and partner in home renovations, Chip. Joanna’s outing with Jennifer comes a month after the pop star expressed her desire to work with her.

During an appearance on the Ellen Show, the On the Floor singer shared how much she loves the HGTV stars. “I’m obsessed with Fixer Upper,” she told the host. “My sister got me her new book. I’m like obsessed with it and I read it every night in bed.” After purchasing a “fixer upper” with her beau, Jennifer jokingly suggested that they call in Joanna to help with the renovations. For her second anniversary, the former baseball star gave her the surprise of her life. “He goes ‘I want you to go to this meeting with us for the architect for the house’ and I was like ‘Ok great.’ And he opens up FaceTime and it’s Joanna Gaines. I totally fan-girled.” 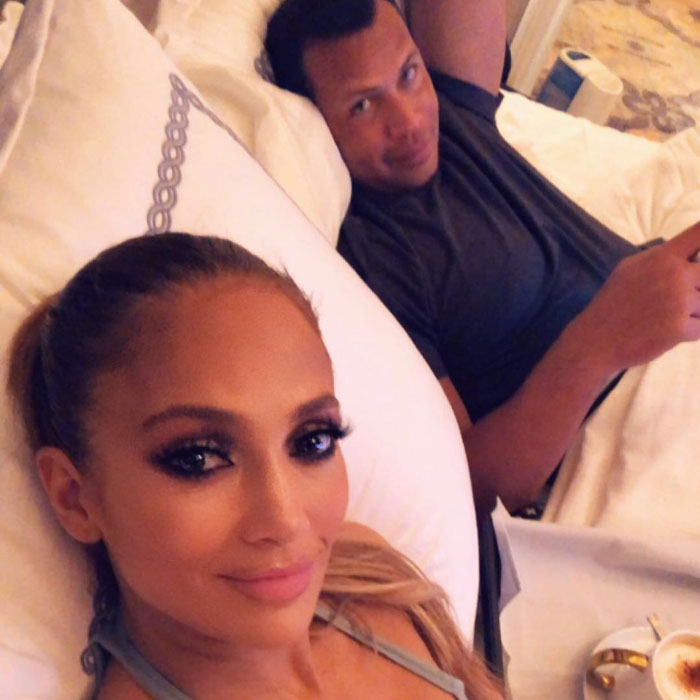 At the time, Joanna, who doesn’t do work outside of Texas wouldn’t commit to coming to California. The star did make Jennifer’s day by offering to help. “She’s like ‘I don’t do things…but I will help you with this or that or whatever.’ And I was like “Yes, just help me. Just a little bit. You don’t even have to come out here. It was an awesome moment.”