It's almost Valentine's Day and things are getting steamy with Jennifer Lopez and Alex Rodriguez, or as we like to call them, Macha and Macho 13. The 49-year-old singer stopped by the The Ellen Degeneres Show and revealed juicy details of her and Alex's relationship, including their favorite body parts and what they wear to bed. Scandalous, right? During her segment on the show, Jennifer also talked about her upcoming 50th birthday and opened up about her Instagram-famous workout challenge where she completely cut off carbs and sugar. 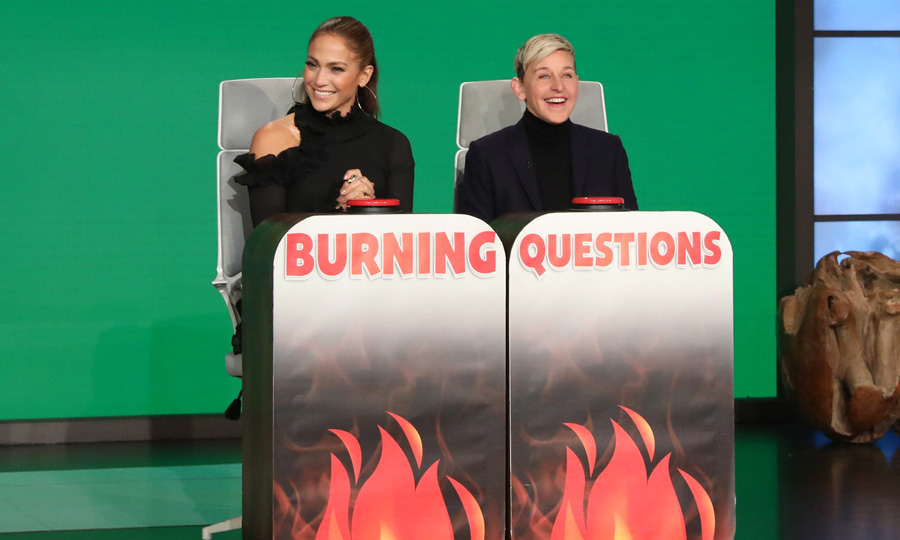 While playing Ellen's "Burning Questions," the Second Act actress was asked to answer her favorite A Rod body part. “Oh," she laughed. "I’m going to say I love his arms.” As for what the two wear in bed, it's the usual. Jennifer wears a “t-shirt,” while Alex opts for "underwear." Juicy!

MORE: Alex Rodriguez reveals the sweet nickname he has for J.Lo

Before Jennifer revealed it all, she sat down with Ellen to talk all things parties. She's turning the big 5-0 this July and plans to celebrate...with the whole country. “My birthday’s in July and so this summer I decided I wanted to do something big for my birthday since it is a big birthday," she shared. "I’m going on a US tour called “It’s My Party.” The tour will consist of 25 shows as of now and will take place this summer. 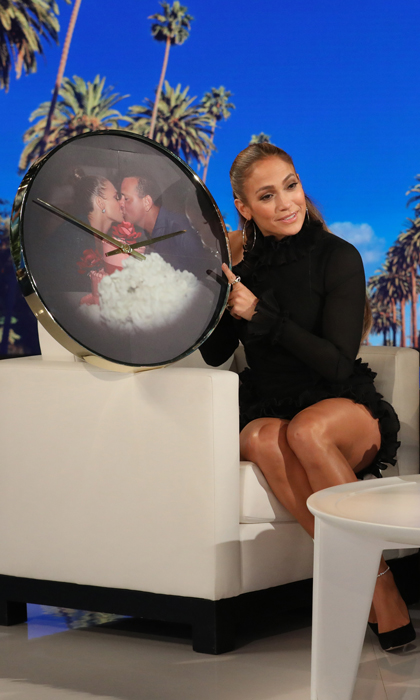 The 49-year-old actress also announced she has two upcoming projects: The “It’s My Party” tour taking place this summer and her next movie titled Hustlers, where she'll play a stripper Photo: Michael Rozman/Warner Bros.

She also opened up about her no carb and no sugar challenge she did with Alex a few weeks ago. “It was really hard," she said. "Not only do you get a headache, but you feel like you’re in an alternate reality or universe. You don’t feel like yourself." Although it's tough in the beginning, the singer promises that it'll make you feel good about yourself in the end. “It takes down the inflammation and it feels good."