This week Jennifer Lopez and Alex Rodriguez celebrated their second anniversary (yes, they've been together for two years!), and both shared sweet and extremely emotional messages on their Instagrams. But the one thing that stood out from said messages (besides the proof that they live extraordinary lives), was that Alex revealed his nickname for J. Lo. Spoiler: It's adorable! 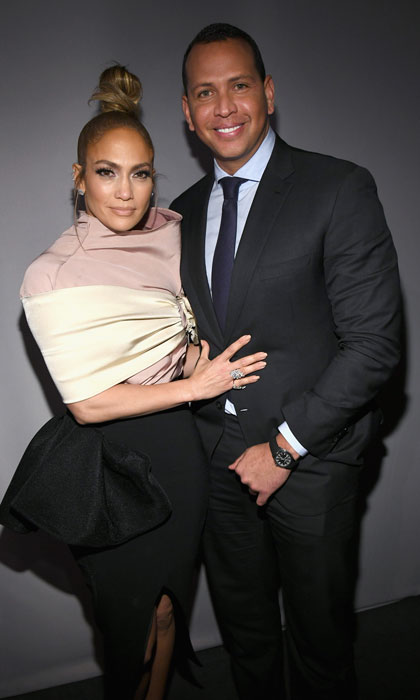 "Macha 13, I can’t believe it’s been two years," he wrote in the caption that featured a gallery of the two along with their families. "Only 730 days, which have flown by, but it feels like we have been together forever. We are meant to be, and how much you mean to me cannot be put into words. From baseball games, to traveling across the world to shows in Vegas. We have done it all together and every moment with you is cherished. Where this road will take us next is unknown but there is no one else I would rather have by my side. The journey is just beginning and I am excited for what’s ahead."

In case you missed it, he calls her macha 13! He is the macho and she is his macha. Swoon. As for the 13, that number most likely refers to his jersey number during his pro-baseball days with the New York Yankees. Again, swoon!

He continued: "Macha, your hard work is unmatched. Your relentless drive and determination push me to be a better man each and every day. Like you there is none other. Words will never do justice to what the last two years have meant to me.Thank you for always being you, for your unwavering support and unconditional love." He then signed off as "Macho 13."

Congratulations to Alex and Jennifer and may Alex always always continue to be the ultimate Instagram boyfriend!