Prince Harry's new love, Meghan Markle, is a just a self-proclaimed “freckled face girl” from Los Angeles. While promoting her Reitmans campaign in September 2015, the Suits actress opened up to HELLO! Canada about her low-key life in Toronto, where she films her popular USA network show, admitting that she has managed to live a “normal life” in the Canadian city. 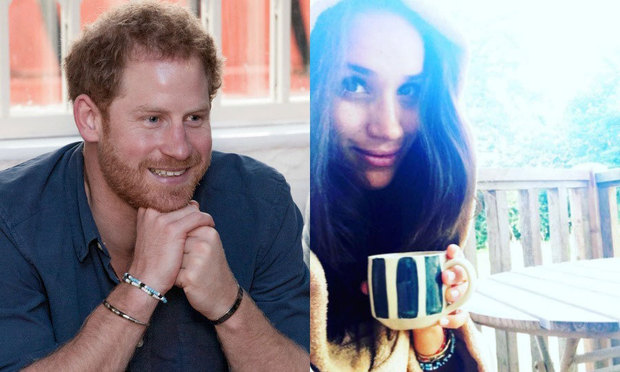 "It's really funny because I think as much of a big city Toronto is, it's so different from L.A. or New York," she began. "I find myself in where I am recognizable and I get stopped shopping in the street. There is no paparazzi so it’s really easy to just have a normal life where you are not getting dressed for the day and worried about that element of it.”

Meghan has a number of favorite spots in the city including Bar Raval, Dailo and Bar Isabel. Being able to walks her dogs, Bogart and Guy, without worrying about the paparazzi is another plus to living in Toronto for the brunette beauty.

The 35-year-old said, “You know if I just want to walk my dogs, I throw on a baseball cap and I’ll do that. Then at the end of the day I can go great, now is my time to get dressed for myself and do it not because you know you are going to be photographed and someone is going to see you but because it’s the sake of sort of taking some fashion risks.” Meghan lives a low-key life in Toronto with her pups Photo: Instagram/@meghanmarkle

Since relocating to Toronto for Suits, which is currently filming its sixth season, Meghan has been able to play up her style — but not too much or too often! She admitted, “Putting on red lipstick to me is a risk.” Though when it comes to her personal style, the actress said it has evolved.

Meghan explained, “I mean I am born and raised in L.A so there is a casual sensibility that comes with that. Really like jean shorts and flip-flops as my daily uniform. And then of course working on Suits has changed my education in fashion. Like I go to fashion week every year for both seasons, I guess spring and fall. And so for me really what has shifted is that I have a really polished aesthetic, more classic.”

When it comes to her color palette, Harry’s girlfriend prefers wearing monochromatic, whites, nudes and blue. “It’s really timeless and then I’ll pepper in a little trend centered,” she said.

Though she may be living the dream of every girl dating a prince, Meghan's Cinderella moment actually occurred in 2013. "I think my big Cinderella, ah ha fashion moment happened two years ago. I went to a Miu Miu party in New York and they had me put on an outfit. I went to a fitting first, and it was the first time I literally put on an outfit that my whole temperament changed," she said, adding, "fashion can change your mood." 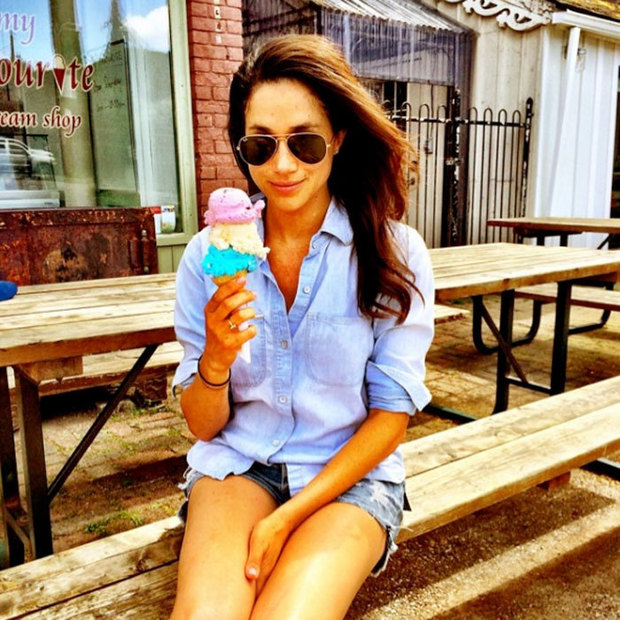 Meghan shared, "I have basically eaten my way through Toronto!" Photo: Instagram/@meghanmarkle

While Kate Middleton’s timeless wardrobe would make her a suitable option as Meghan’s style icon, the TV star instead admires the style of a fellow Hollywood actress. “I absolutely love how Cate Blanchett dresses. I just think its so timeless, chic, elegant but also she takes some risks,” The Tig founder said. “She’s playful with it, and I think that’s the biggest take-away from anything with fashion."

As for jewelry, Meghan has one special piece, which she purchased herself and plans on passing down to her future daughter. “I had always coveted this Cartier French tank watch,” she revealed. “So that was my big splurge and you know I had it engraved on the back. It says to MM from MM.” The USA Network star added, “I will give it to my daughter one day.”

It was reported over the weekend that Prince Harry and the humanitarian are dating. The couple are said to have met through mutual friends during the summer, while Meghan was promoting her show in the UK.