Vanessa Williams tied the knot — again! Nearly a year after marrying her husband Jim Skrip, the Desperate Housewives star decided to walk down the aisle once more, but this time at her Catholic church.

The 53-year-old shared a photo from her second nuptials to the businessman, which took place on Memorial Day. Attached to a photo of the lovebirds sharing a kiss, Vanessa wrote, "Yesterday we took one last walk down the aisle — this time in my little church. Officially wedded Catholic. Amen! #MyJim.” 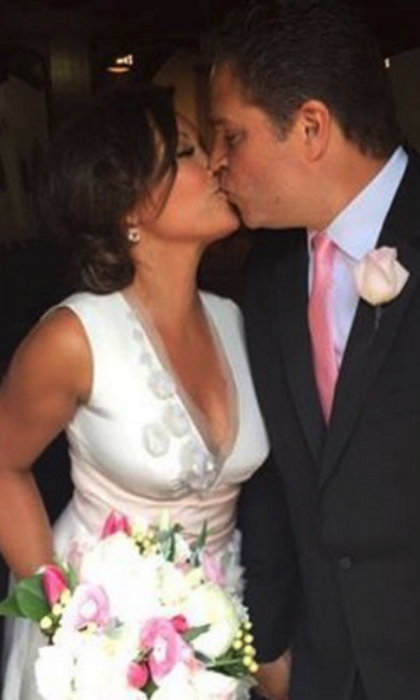 The blushing bride stunned in a sleeveless, V-neck Pamella Roland gown, which featured a light pink sash and completed her look wearing her brunette locks swept up into a low chignon.

BRIDAL INSPIRATION FROM YOUR FAVORITE CELEBRITIES


Vanessa and Jim, who met in Egypt, first tied the knot last Fourth of July in Buffalo, New York with an Egyptian-themed celebration for which the TV star wore Carmen Marc Valvo. The next day, the couple held a mass of thanksgiving at St. Stanislaus church — where Jim’s parents had wed — followed by a vows ceremony and reception at the Statler City venue.

A video posted by Vanessa Williams (@vanessawilliamsofficial) on May 23, 2016 at 9:11am PDT


The Ugly Betty star recently attended the wedding of her former Housewives co-star Eva Longoria. HOLA! USA, who was given the privilege of publishing the first exclusive photo of Eva and her new husband Pepe Bastón, reported that Vanessa surprised the bride after the ceremony singing Save the Best for Last. Eva said, “I've been waiting for a day like this my entire life."