Fans have rallied around Ariana Grande after the superstar shared a concerning message. It seems her Sweetener World Tour has turned a bit sour, with the songstress experiencing continuous health issues. Ariana took to social media on Saturday, November 16 to personally update everyone with her status. “I just really don’t know what’s happening with my body right now,” she wrote after revealing she’s been feeling sick for over three weeks. 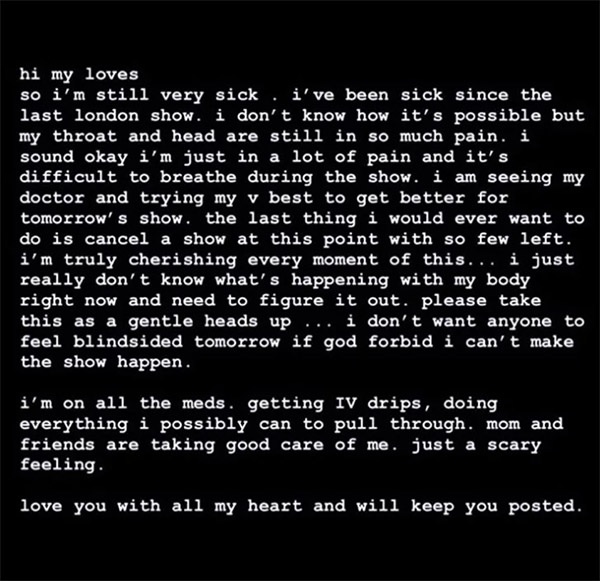 Ariana Grande gave fans a concerning update on her health

"Hi my loves so I'm still very sick," she began in her typed message. "I've been sick since the last London show. I don't know how it's possible but my throat and head are still in so much pain. I sound okay I’m just in a lot of pain and it's difficult to breathe during the show. I just really don’t know what’s happening with my body right now and need to figure it out."

In an update after her Charlottesville show the Don’t Call Me Angel hitmaker had said: "I've been coughing and had this like crazy sinus infection thing that has not gone away for a really long time. I haven't been able to really get better and tonight during the show tonight my head was really splitting and heavy and my glands really hurt and I’m trying to figure out what's going on."

It's clear Ari has been pushing herself to show up and not disappoint fans. The star also shared snippets of her recovery process, showing her steaming (a helpful practice for singers to clear their passageways) and being gifted with all sorts of healing remedies by her team, to which she seemed very grateful. 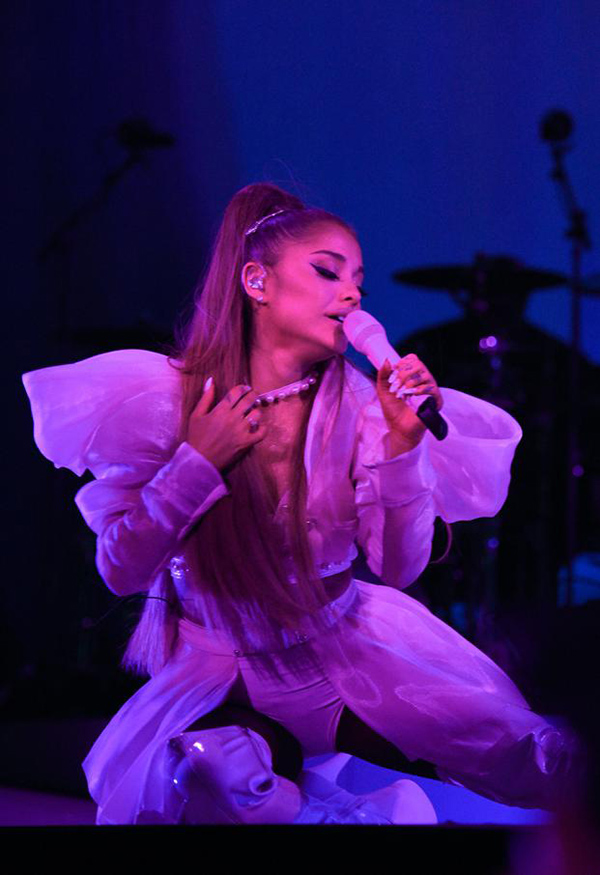 A more recent update informed that she "still can’t swallow or lift my head." Ariana said she was "medicated af and hoping to wake up better," and that she would be "seeing the doc again in the am" before letting fans know about her next show. "I'm so sorry again. It's catching up to me I guess. I love u the most," she added.

RELATED: Ariana Grande’s biggest dream come true- find out what it is!

The international pop icon also apologized for what she deemed "anxious updates and over sharing," stating that she wants her fans to be in the loop. She explained that while she normally pushes through anything, she had to say something because this has been very tough. Her next stop is scheduled to be Sunday, November 17 in Lexington, Kentucky. We send our healing wishes to Ari!