Kristen Stewart is unrecognizable! The 29-year-old actress walked the carpet at the Chanel Metiers d’Art runway show in Seoul, South Korea and rocked one of her most daring beauty statements to date. In the past, she's shaved her head and dyed her hair colorful shades, but this time, she decided to let her eyebrows do the talking. For the event, she decided to bleach her eyebrows (yes, bleach!) for a mega dramatic look. See the look below: 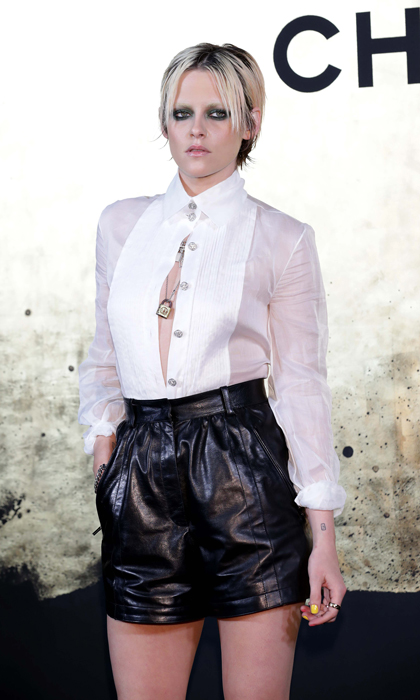 The Twilight actress paired her striking eyebrows with black leather shorts, a sheer white top and black thigh-high boots. She also accessorized with a long necklace, which emphasized that rocker/chic vibe she was sporting. If you look closely, you can tell her eyebrows are bleached, but when seen from far away, it looks like the actress doesn't even have eyebrows. Her makeup artist, Beau Nelson, shared even more pictures of Kristen sans eyebrows on his social media.

MORE: Kristen Stewart isn't labeling her sexuality, but she also isn't hiding anything 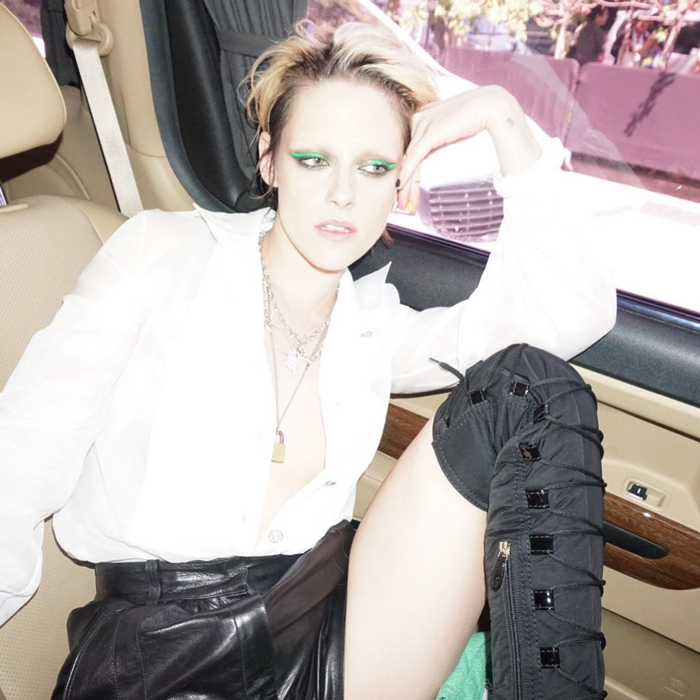 Kristen previously switched up her eyebrow game at the 2019 Met Gala when she wore a double-brow with a bright orange and a ghost white combo. According to her hairstylist, Adir Aberge, the look was inspired by David Bowie. "The inspiration was '70s Bowie and the obscurity of gender, playing into both masculine and feminine extremism," she explained before the red carpet. 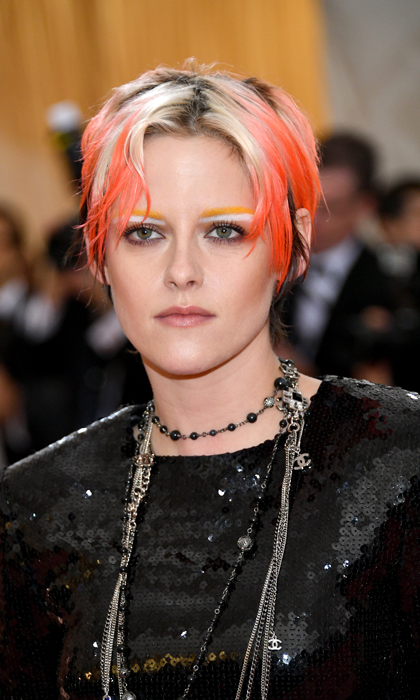 The Met Gala was also the first time Kristen actually bleached her eyebrows. Her makeup artist for the glamorous event Jillian Dempsey revealed she had to "de-virginize" them in order to get the pop of color. “I originally wanted to pop them out to a white color, but I removed the bleach prematurely and it was this cool banana color," she told The Cut. "Instead of toning it down, I just left them raw and punk.”