Don’t go putting labels on Kristen Stewart. The notoriously private star opened up to Variety about not defining her sexuality. “There’s acceptance that’s become really rampant and cool,” she told the magazine in the Cannes issue. “You don’t have to immediately know how to define yourself.”

The Café Society actress also noted, “Me not defining it right now is the whole basis of what I’m about. If you don’t get it, I don’t have time for you.” 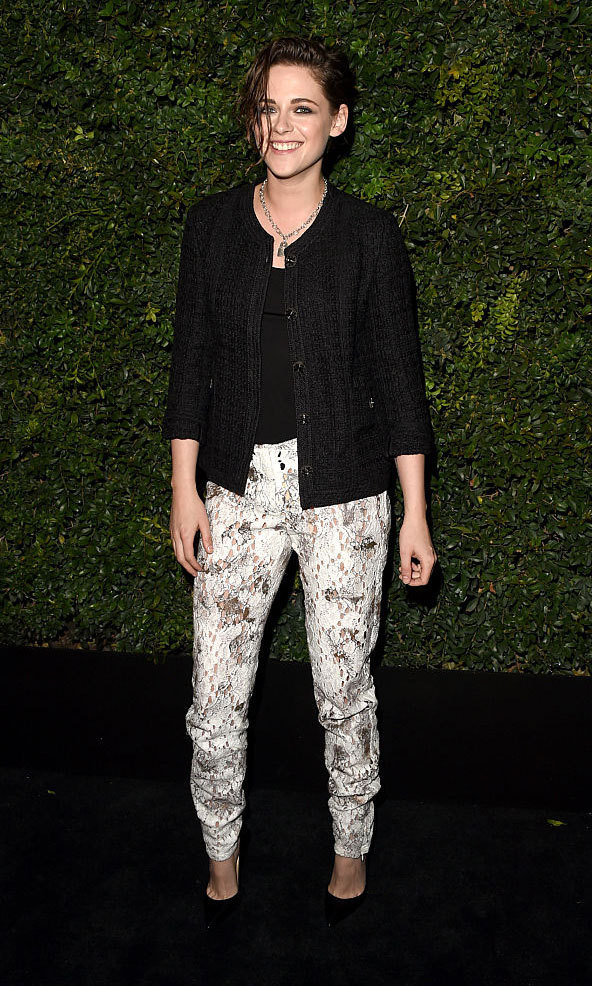 Growing up, Kristen admitted to the publication that she felt pressure to label herself. "I had to have some answer about who I was," she explained, “I felt this weird responsibility, because I didn’t want to seem fearful. But nothing seemed appropriate. So I was like, ‘F—k, how do I define that?’ I’m not going to. Plus, I didn’t want to f—k with other people [teens struggling with their own sexuality].”

Kristen continued, “I didn’t want to be this example: It’s so easy. I don’t want it to seem like it was stupid for them to have a hard time.”

Though she is not officially defining her sexuality, Kristen has no problem being photographed in public with girlfriends. In fact, the 26-year-old admitted that’s it’s “really important” to her that young fans see those photos.

“As much as I want to protect myself, it’s not about hiding,” she said. “As soon as you start throwing up so many walls, you cannot see over them yourself, so you just start isolating in a way that’s not honest.” The Twilight star added, “I definitely found where I’m comfortable. I don’t take credit for that.”

However just because Kristen is comfortable being pictured with her reported love interests, it does not mean she has any interest in discussing them. “When I was dating a guy, I would never talk about my relationships to anyone,” the actress, who famously dated her co-star Robert Pattinson for five years said. “I feel the same way now.” The actress added, “I’m not hiding sh-t."

While she won't use the term "gay," Kristen is a proponent for the LGBT community. She revealed to Variety, "I find the movement that’s occurring to be so important, that I want to be part of it."