Leire Fernandez and Idania del Rio are pinning Cuba on the fashion map. The creative duo are the founders behind La Havana’s first independent fashion brand, Clandestina. Along with their 32-person team consisting mainly of female artists, Leire, who serves as the brand’s Executive Director, and Idania, the company's Creative Director, are responsible for making clothing that carries La Havana’s heritage and has something to say – literally and figuratively. Everything from their first collection titled Vintrashe to their recycled nylon handbags, Clandestina is all about ethical fashion - fashion with a conscience. 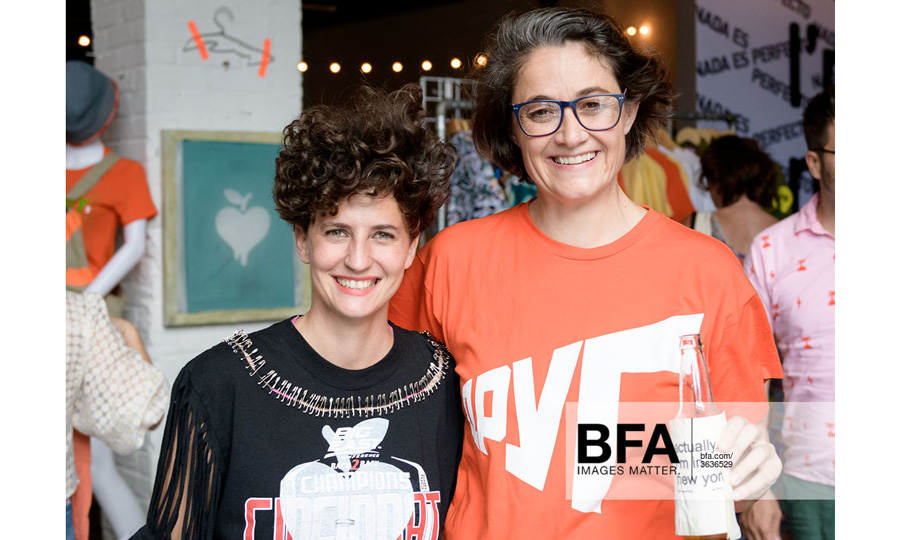 Established in Cuba in 2015, Clandestina made its way to the U.S. after it was discovered by Google thanks to their illustration of Chrome’s T-Rex, that iconic symbol signaling that there is no internet and which many have come to often loathe. However, Google loved the illustration in color and imprinted the T-Rex across one of their designs. Soon thereafter, they reached out to the power team.

“They thought our story was incredible. That’s how our partnership began, and they have been extremely supportive," says Leire. "Thanks to them we launched our pop-up.” Although their graphic tees and upcycled bags became available online to the U.S. in 2017, their designs are now physically available at new a pop-up, The Canvas By Querencia Studio, in the heart of Williamsburg in Brooklyn, New York. 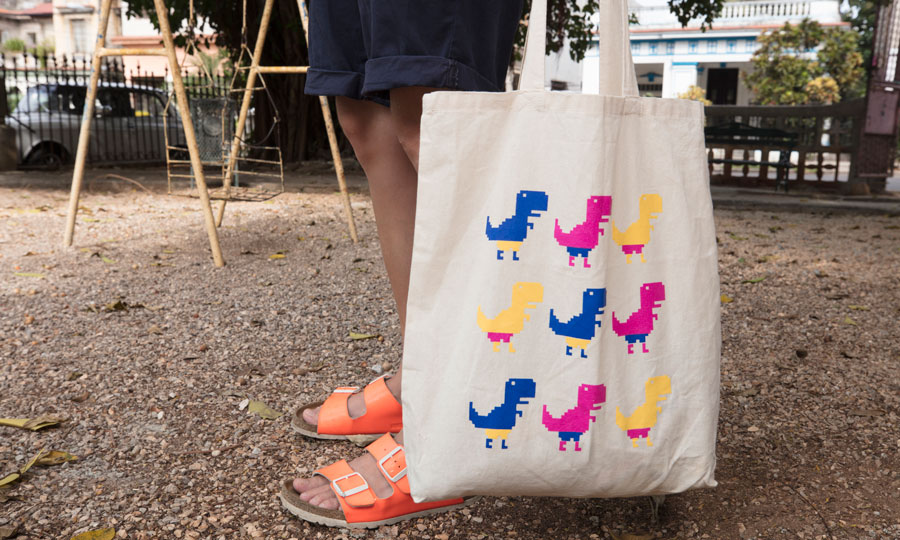 But besides capturing the eyes of many with their fun and quirky graphics, the duo and their team are working on ethical fashion and sustainability – not only because it’s become a popular movement, but because that’s just how they do in Cuba. “We live in a city where there are many limitations and we have created models that work as an alternative. The message [Clandestina] is sending worldwide is that fashion doesn’t have to be about consumption; it’s rather a means of expression,” shared Leire, who is originally from Spain but has lived in the city for 12 years. 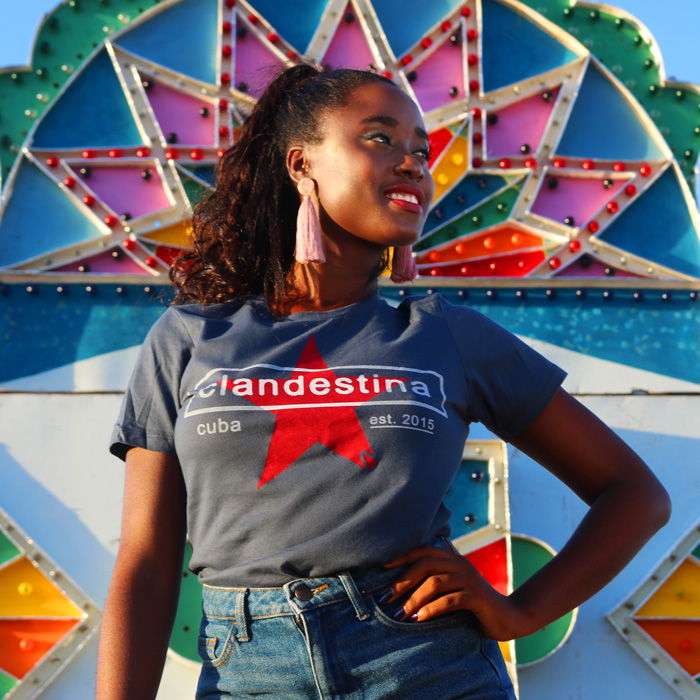 VIEW GALLERY Everything is ethichally made in Cuba Photo: Clandestina

Besides gaining inspiration from the likes of Obey, Vetements and Opening Ceremony, Clandestina lives by the notion of resolver (to resolve). “I think in Latin America there are many places where you have to invent your life on the daily and Cuba is one of those countries," says the brand's executive director. “Resolver to us means to go forward. Cubans always search for the way to look forward.”

As to which celebrity they would love to see in Clandestina besides Cuban actress Ana de Armas and American actress Jamie Lee Curtis, who are both big fans of the brand, Leire said, “I personally would love for Penelope Cruz to dress in Clandestina – I’d love many people to.”