Met Gala? More like Met Gaga! Lady Gaga proved that sometimes one look isn’t enough at the 2019 Costume Institute Benefit on Monday, May 6, in New York City. The Star Is Born actress, 33, underwent a public met-amorphosis, changing into four looks by designer and close friend Brandon Maxwell at the star-studded event. 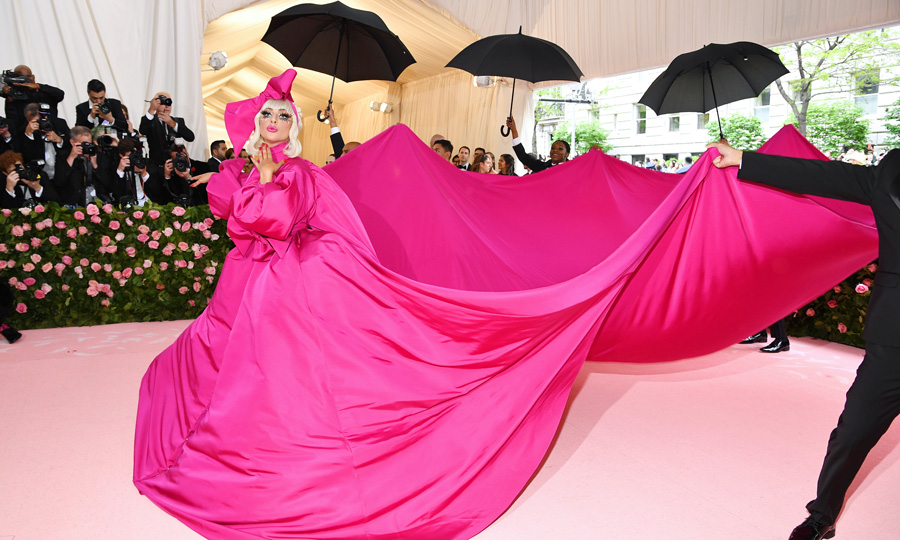 The Golden Globe winner arrived with the designer, as well as with an entourage of umbrella-holding, tuxedo-clad dancers, wearing a hot pink parachute dress that featured a 25-foot train, and a matching bow headband, before unveiling her second look beneath: a black asymmetrical strapless gown. 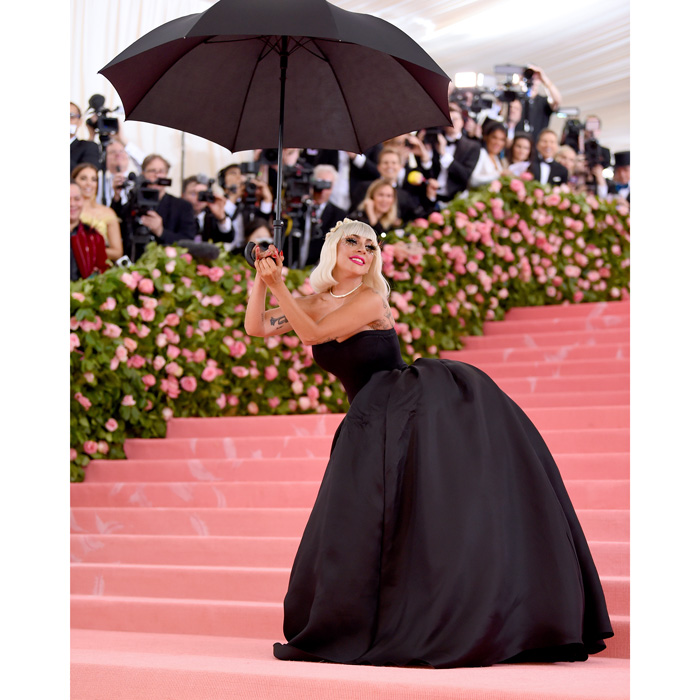 After posing with an umbrella and delivering a dramatic performance-like entrance, the Bad Romance singer changed her look again in front of the cameras, shedding her black gown to reveal a hot pink column dress. 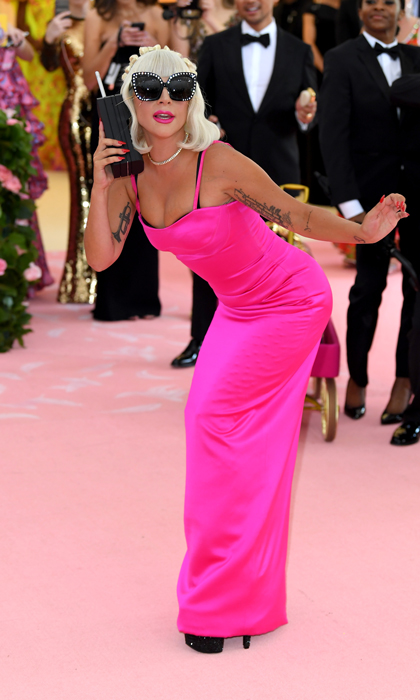 Gaga completed her third look with bedazzled over-sized sunglasses and a vintage mobile phone that she played with on the carpet. However, that wasn’t the final look. For her grand finale, Gaga stripped down to her undergarments – a crystal black bra, matching panties and fishnet stockings – before making her way up the famous steps of the Metropolitan Museum of Art with Brandon. 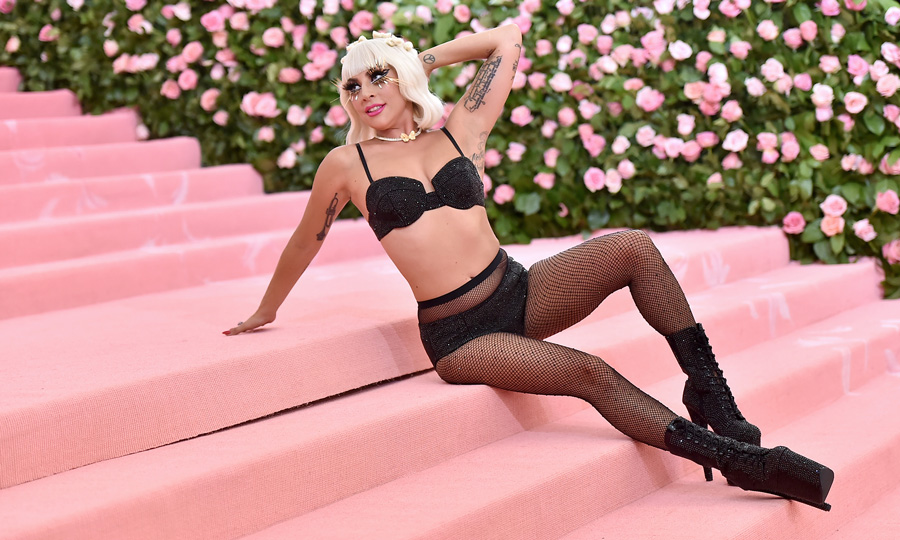 As if her costume changes were not enough, the actress stunned with her five-inch long, metallic gold leaf lashes that were created by Gaga's longtime makeup artist Sarah Tanno, according to Vogue. Instead of a bag, the pop star opted for a "Haus of Gaga" pink wagon that was filled with Brandon Maxwell branded champagne, pink Joanne cowboy hats, hairspray, a hairbrush and sunglasses. Lady Gaga is one of this year’s co-chairs for the Met Gala, which celebrated the exhibition “Camp: Notes on Fashion" that opens May 9.