Kate Middleton is getting back to high fashion. The Duchess of Cambridge braved the rain on March 6, during her visit to Blackpool Tower. The rainy weather didn’t keep the stylish royal from showcasing her look. Green was the theme as the 37-year-old wore a dress by Michael Kors under a matching green coat by Sportmax. The mother-of-three effortlessly stepped over puddles and completed her walkabout in a pair of boots by Ralph Lauren. George, Charlotte and Louis’ mom held a matching Atelier bag by Manu. 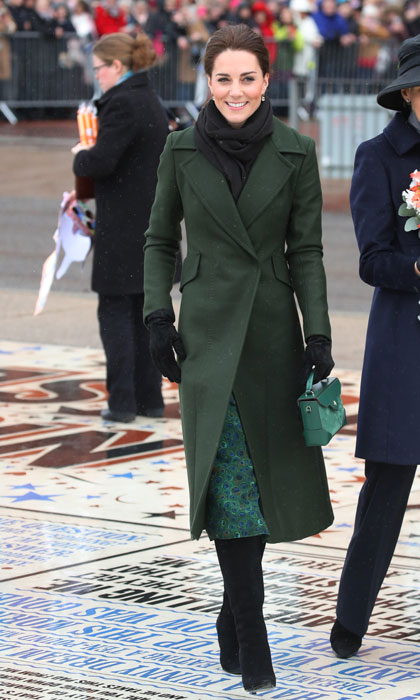 Kate was weather ready with her glam, keeping her tresses swept back and out of her eyes in a ponytail. Catherine's glam was minimal. The Duchess opted for her signature smoky eye and nude lip. While Kate stepped out of the car in a chic umbrella, she kindly put it away during the walkabout, allowing royal fans to get a good look at her. The Duke and Duchess stepped out Lancashire, England, for a series of events. The royal pair participated in a round table and met with people affected by mental health issues. Kate’s designer look came a day after she took a style cue from a close royal.

MORE: Kate Middleton and Prince William are an adorable pair in Blackpool

The Duchess joined Prince William, Prince Harry, Meghan Markle and the Queen for a celebration dedicated to Prince Charles. For the occasion, the Duchess, who has been known to stick with fashion brands, wore a dress by a “private dressmaker.” The soft blue dress featured a high neckline and button accents. Kate paired the look with a pair of nude pumps. 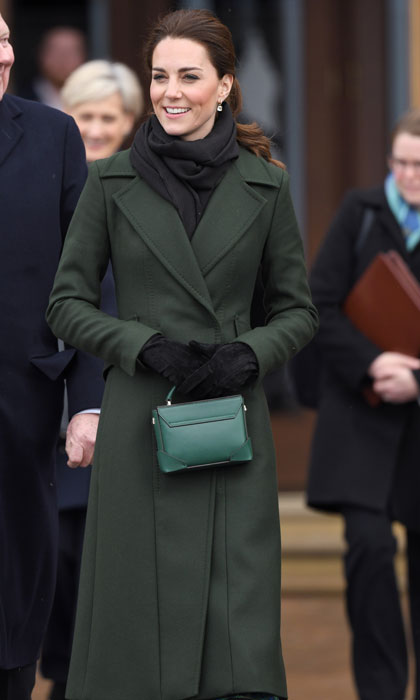 The Duchess' opted for well-known designer's after stepping out in a look by a private designer the previous day Photo: Getty Images

HERE'S WHERE YOU CAN SHOP KATE MIDDLETON'S BAFTA DRESS FOR LESS

Kate has kept her style savvy and chic over the last week. The royal wore a series of looks, by various designers, during her two-day royal tour of Northern Ireland. The Duchess stunned in designs by Missoni, Carolina Herrera and her go-to, Jenny Packham.