With awards season officially kicking off in January, the beginning of the year is often synonymous with bold fashion and red carpet events. While in the midst of said ceremonies, Penélope Cruz has shown she's an expert when it comes to standing out just as she did at her latest appearance, the Premios Días de Cine 2019. For the special occasion, in which the actress was honored with the Best Spanish Actress award for her role in the film Todos lo Saben, Penélope opted for a red-hot look made up of Chanel and skin-tight black leather pants. 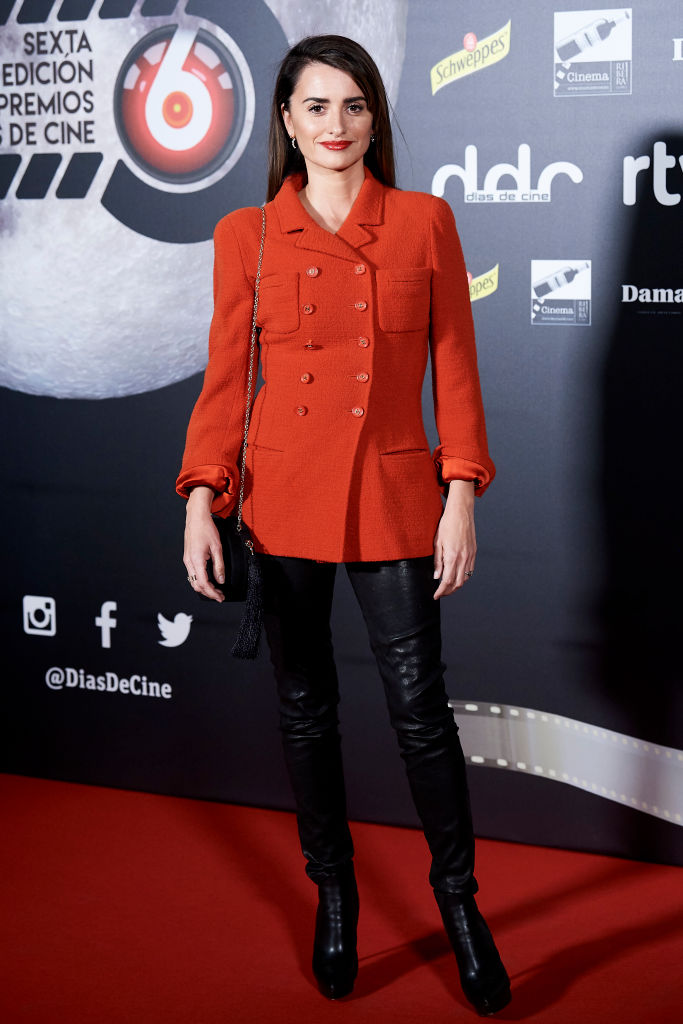 The Spanish actress was the true definition of cool elegance, but besides calling out to one of the season’s hottest trends by wearing a striking red jacket, it’s the way she styled herself that truly turned heads. At first glance, it appears that Penélope's double-breasted Chanel jacket is a mini dress paired with thigh-high boots. The visual effect works thanks to her tight leather pants tucked inside ankle boots. 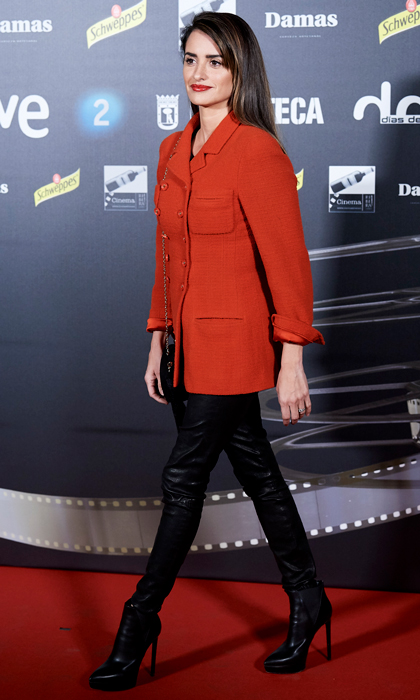 This "legs for days" effect is perfect for those who want to lengthen their silhouettes while exuding elegance. Just a few weeks ago Melania Trump returned from her trip to Iraq sporting a look similar to Penélope’s – a green double-breasted coat giving the illusion of a thigh-grazing dress due to her taupe leather pants. However, while the color of FLOTUS' pants made it appear as if she were baring her legs, Penélope’s ensemble makes it appear as if she has extra long legs. 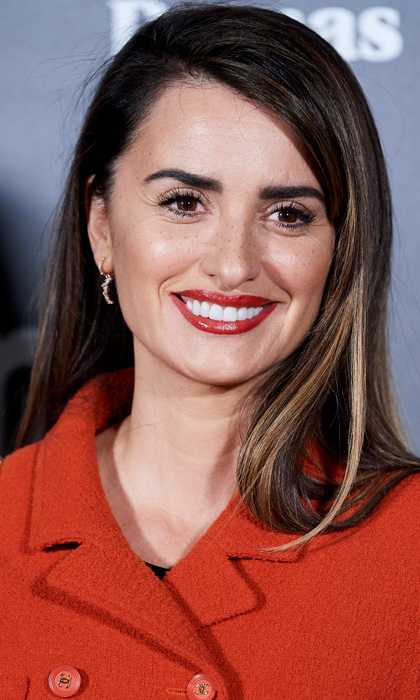 As for her beauty look, the Everybody Knows star selected mascara and a glossy rouge to match her jacket. It appears red has replaced the Hollywoods star’s preference for the darker outfits she's worn to recent red carpets. Not only does the scarlet hue complement her complexion beautifully, but it also brings a brighter outlook to her elegant sartorial choices.