Yet again, the Duchess of Cambridge wore an elegant Alexander McQueen cream dress to one of her children’s christenings. Third time was indeed the charm for Kate who stepped out in her tried and tested look for Prince Louis’s special outing on Monday, July 9. Clearly inspired by the lovely ensembles she wore to both Prince George and Princess Charlotte’s christenings, the 36-year-old royal evidently enjoys matching her sweet bundle of joys. She looked picture-perfect while holding baby Louis, matching her son's beige and stain lace christening gown. 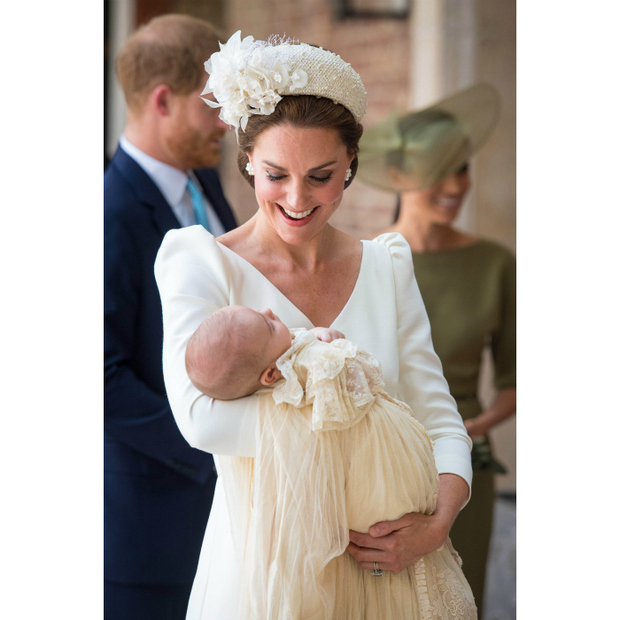 Another reason for the mom-of-three’s consistent choice of the color cream could be because of what it symbolizes. The variation of white also signifies innocence, purity, faith and peace, which are all fitting qualities to bring to a baby's christening. Just like she did with George and Charlotte's christenings in 2013 and 2015, Kate enlisted one of her favorite design houses, Alexander McQueen, to create her stunning outfit. 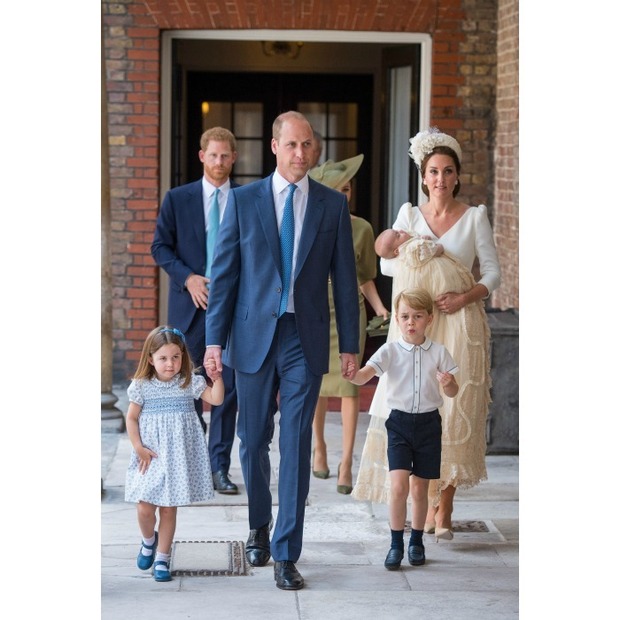 This time around, Kate teamed the elegant number with a hat by Jane Taylor. Design-wise, the headpiece seemed to be a combination of the two other hats she had worn to the other christenings. Prince William’s wife styled her glossy chestnut hair in her trademark blow-dried waves, sweeping them back into a stunning bun.

GALLERY: ALL THE BEST PHOTOS FROM PRINCE LOUIS' CHRISTENING

Complementing his mommy’s angelic look wonderfully, 11-week-old Louis wore a customary christening gown. His royal robe was a replica of the intricate dress made for Queen Victoria's eldest daughter back in 1841. The original piece, which was last used in 2004, is now too delicate to be put on and has been replaced by a new version made by Queen Elizabeth's dresser, Angela Kelly. However, Louis fittingly wore the same gown as his brother and sister, which is special in its own right.