Glen plaid is a hot fashion trend with royal roots, and the patterned fabric – nicknamed 'Prince of Wales' check after it was popularized by Edward VIII while he held the title – has popped up in the wardrobes of Princess Diana, Kate Middleton and now future royal Meghan Markle. Prince Harry's bride-to-be ensured that the 2017 trend would get an even longer life after looking super chic in an off the shoulder look by Theory when she visited Wales in January 2018. The former Suits actress wore the top with Hiut Denim skinny jeans, boots by Tabitha Simmons and a black scarf.

And Prince Harry's fiancée isn’t the only fan of the motif – Duchess Kate was snapped in a beautiful coat by L.K. Bennett featuring the iconic design in December 2017, when she visited Manchester. The pregnant royal worked the statement coat into her stunning wardrobe perfectly, teaming the chic outwear item with a red dress by Goat. 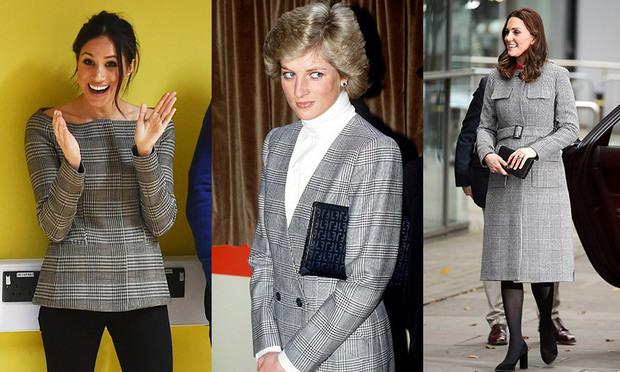 Kate has a number of pieces in her wardrobe in the fabric that shares a name with her father-in-law, the Prince of Wales; she has also worn a tailored check ensemble by Alexander McQueen that made its debut in 2014.

RELATED: MEGHAN MARKLE STYLE - ALL OF HER BEST LOOKS

For retro inspiration we can search the wardrobe of Princess Diana, who made the look her own during the 1980s. She layered it over a white turtleneck – the epitome of the decade's style – and carried a Fendi monogrammed clutch bag. Double-breasted blazers like the ones Diana wore have made their way back into today's closets, with similar pieces seen both on the catwalks and at shopping malls. 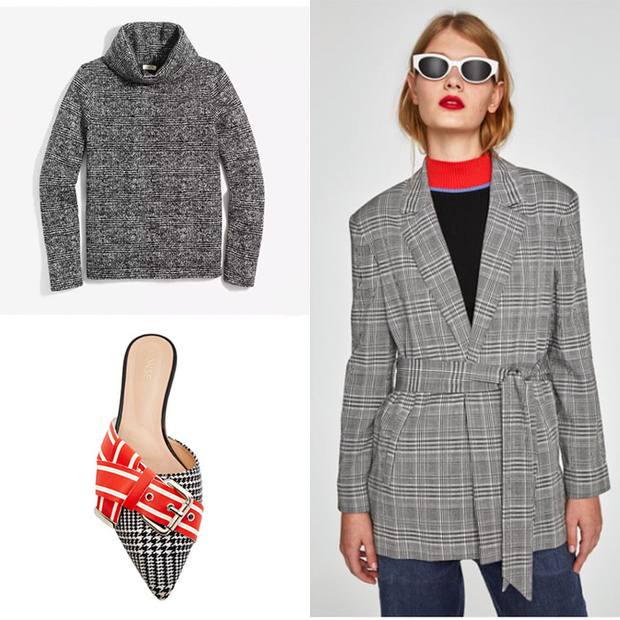 Want to try the look for yourself? Click here to discover five great Meghan, Kate and Diana-inspired pieces to shop the 'Prince of Wales' check for your wardrobe.