It was all about being stylish and making a political statement with the hottest accessory on the 2017 Oscars red carpet. Stars including Best Actress-nominee Ruth Negga arrived at the Dolby Theatre sporting a blue ribbon pinned to her stunning Valentino gown. The pin is part of the American Civil Liberties Union's new "Stand with ACLU" campaign, launched last week. It encourages Hollywood stars to wear the Stand with ACLU blue ribbon to show their support for the nonpartisan organization, which, for nearly 100 years, has worked to defend individual rights and liberties outlined in the U.S. Constitution. 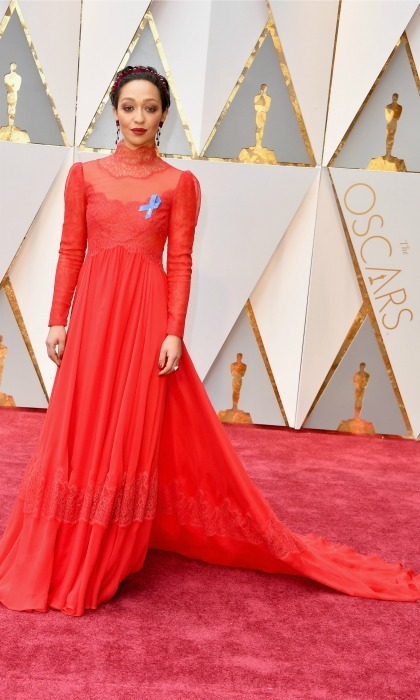 GALLERY: ALL THE LOOKS FROM THE 2017 OSCARS

Ahead of the big night, Ruth's stylist Karla Welch took to her Instagram to share her favorite part of the Loving actress's look. "The accessory I'm most proud of #ACLU #MegaNegga," she captioned in part. "The @aclu is the reason the Loving's were allowed to be married. They represent those who need it the most. This is something we ALL should believe in, regardless of political party. " ACLU has reportedly reached out to nominees in all major Oscars categories for support on their big night. Best Original Song nominee Lin Manuel-Miranda wore a blue ribbon pinned to his lapel, as did his date, his mother. 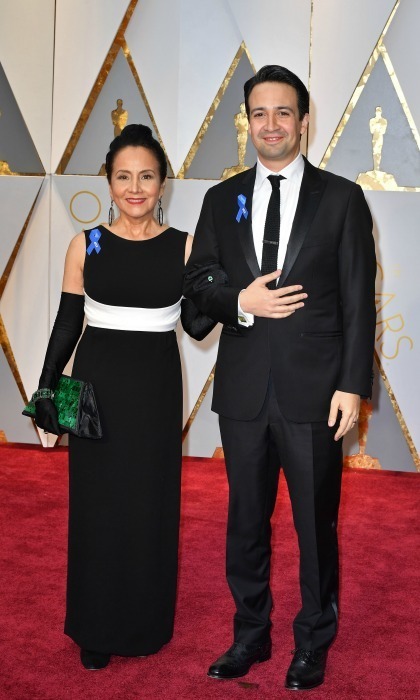 Lin Manuel Miranda and his mother each wore the ribbon Photo: Getty Images

MORE: Justin Timberlake and Jessica Biel bring the love to the Oscars

And it was hard to miss the bright blue accessory on Karlie Kloss' white Stella McCartney gown. On Saturday night, Casey Affleck– who's up for Best Actor for Manchester By The Sea – wore a blue ribbon to the Film Independent Spirit Awards. He got political in his acceptance speech after winning best male lead. "The policies of this administration are abhorrent, and they will not last, and they are really un-American," he said.