Melania Trump drew comparisons to Jackie Kennedy with her choice of outfit for Donald Trump's inauguration on Friday, but how does she compare to the most recent First Lady Michelle Obama?

While both Melania and Michelle have championed American designers, their styles differ greatly, as the outfits they each wore to their husband's inauguration show. 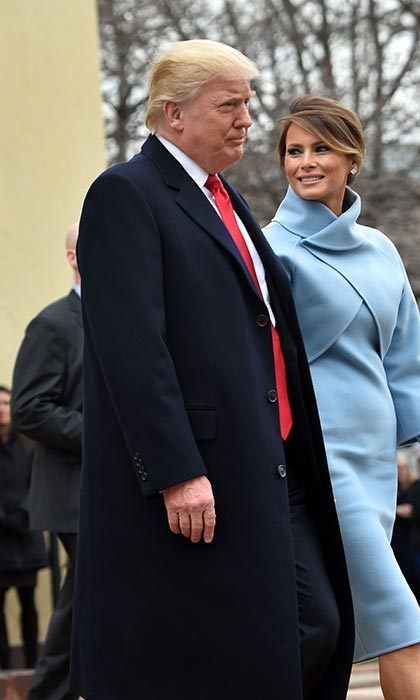 While Michelle also wore a US designer for Barack Obama's inauguration in January 2009, she opted to showcase an outfit from lesser known Cuban-American designer Isabel Toledo, dramatically boosting the brand's profile in the process. 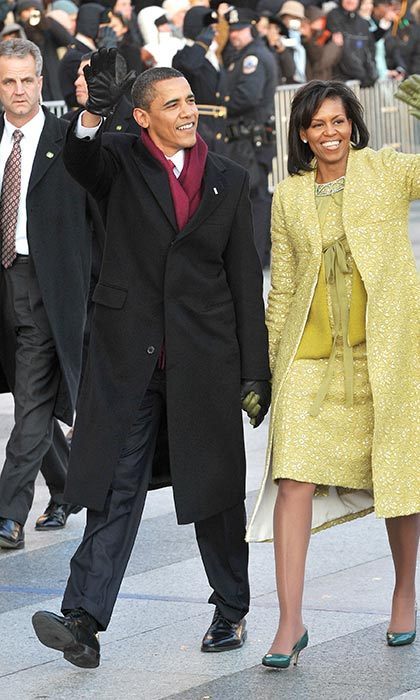 Michelle wore a US designer to Barack's Inauguration in 2009 Photo: Getty Images

Melania wore a custom-made white gown by Hervé Pierre. The organza number featured a high-leg split and stunning ruffled detailing, all topped off with a thin red belt and small bow.

The first lady was said to have had a hand in designing the dress with Herve Pierre, who is the former creative director of Carolina Herrera. 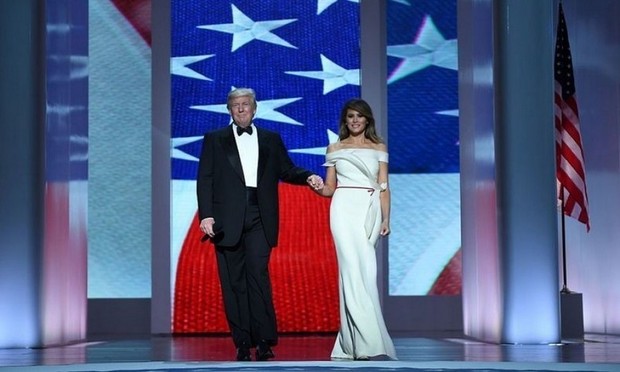 MELANIA AND IVANKA TRUMP KICKED OFF INAUGURATION WEEKEND IN STYLE

Hours after her husband was sworn in as the 44th US President, Michelle made a glamorous appearance at the Inaugural Ball. The then First Lady wore a white one-shouldered chiffon gown from fashion designer Jason Wu. 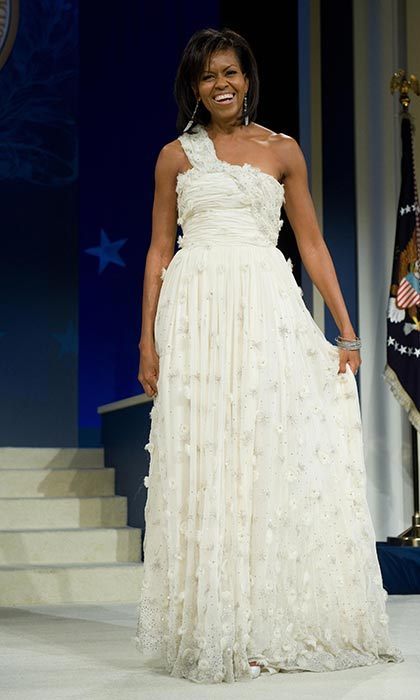 Jason Wu has grown to become one of Michelle's most beloved designers. She has been seen wearing his designs on a number of occasions including, fittingly, at Barack Obama's farewell address on January 10.