After wearing labels from J. Crew to Alexander McQueen during the Cambridges' royal tour of Canada, Kate Middleton emerged looking pretty in pink in a shirtdress by Kate Spade as she marked World Mental Health Day in London on Monday. The Duchess was taking part in a special Heads Together event alongside her husband Prince William and his brother Prince Harry. 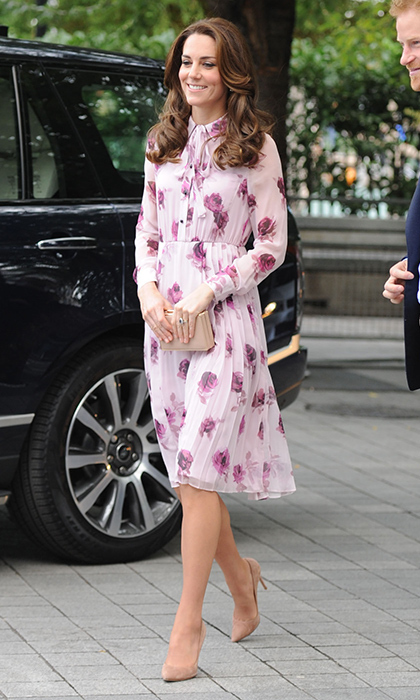 Kate's Encore dress, which features a button up fastening and neck tie detail, is no longer available on the Kate Spade website, although it is still available for $498 at Nordstrom.

The Duchess styled the long-sleeved silk dress with her Gianvito Rossi nude suede heels and a matching clutch bag. 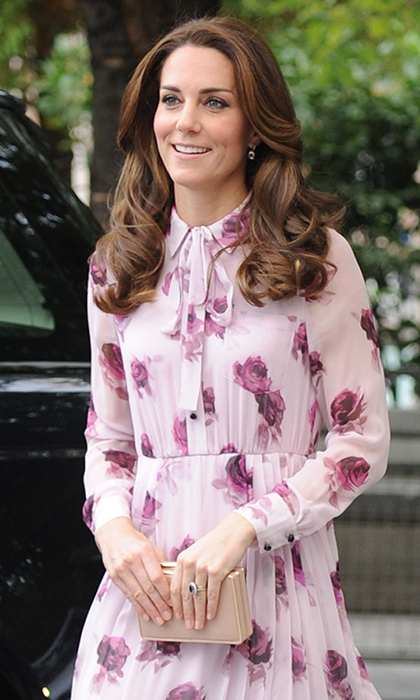 The Duchess wore a $498 Kate Spade dress for the engagement Photo: PA

The royals made the joint appearance to focus on the importance of "psychological and metal health first aid for all."

They started their day at County Hall, where they spoke at a reception with the charities that are a part of the Heads Together campaign, and talked to people who have received help from someone in their family or social circle during in crucial moments in their lives, along with the person who provided that support. 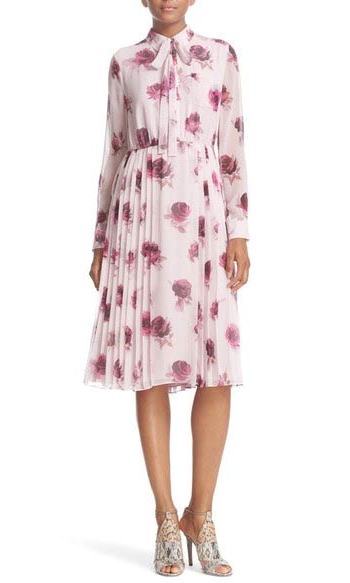 The pink silk shirtdress is available at Nordstrom Photo: Nordstrom.com

Later on Monday, the London Eye will be lit up in purple in support of World Mental Health Day, joining other buildings around the world that will be doing the same and connecting Heads Together with the worldwide movement to end stigma around mental health.

We'll be seeing more of the Duke and Duchess later this week. This Friday, the royal couple will carry out another joint engagement in Manchester, England, where they will visit a hospice opened by William and Harry's late mom Princess Diana in 1991.