Twinning in Tory! Throughout her royal tour of India and Bhutan, Kate Middleton has been stepping out in a number of fashionable pieces and, as it turns out, she shares similar taste in clothes with none other than actress Drew Barrymore.

On Thursday, April 14, the Hollywood star attended the 2016 ASPCA Bergh Ball in New York City wearing the same embellished Tory Burch gown that the Duchess of Cambridge had worn hours before to attend a private dinner with the Himalayan Kingdom's Dragon King and Queen. 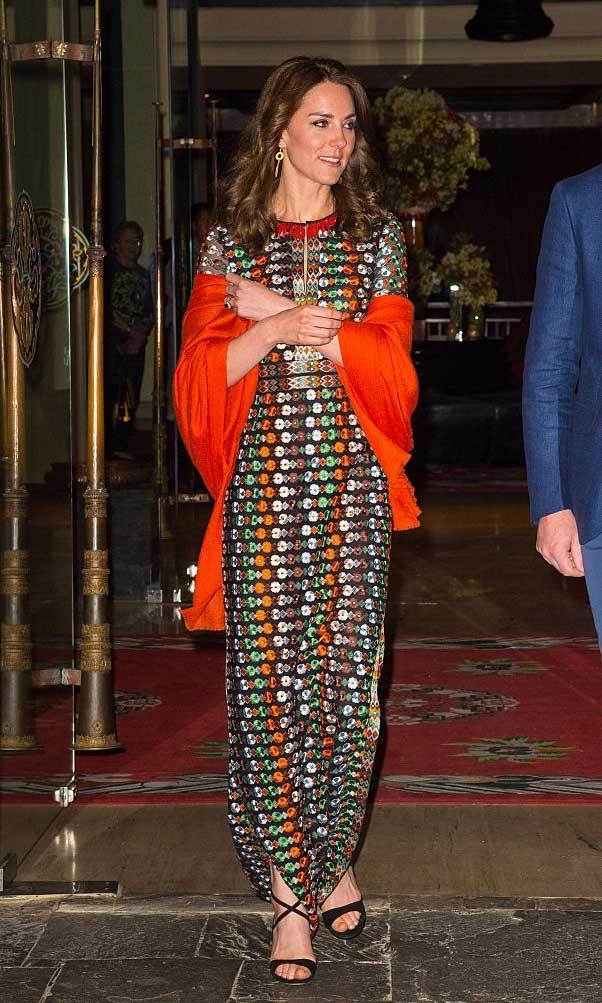 Kate Middleton wore the gown for a night out in Bhutan Photo: Getty Images

The dress, which retails for $1,495, features blue, orange, green and brown retro-inspired florals, along with side slits.

Though dressed in the same outfit, the two ladies styled their looks differently. Kate paired her dress with and orange shawl and accessorized it with dazzling gold earrings. Meanwhile, Drew kept her look simple wearing minimal jewelry.

The E.T. star was being honored in New York with the Compassion Award for her outstanding contributions to animal welfare. Prior to entering the Plaza Hotel's Grand Ballroom, Drew posed happily on the carpet with ASPCA president Matt Bershadker and an adorable brown pup. 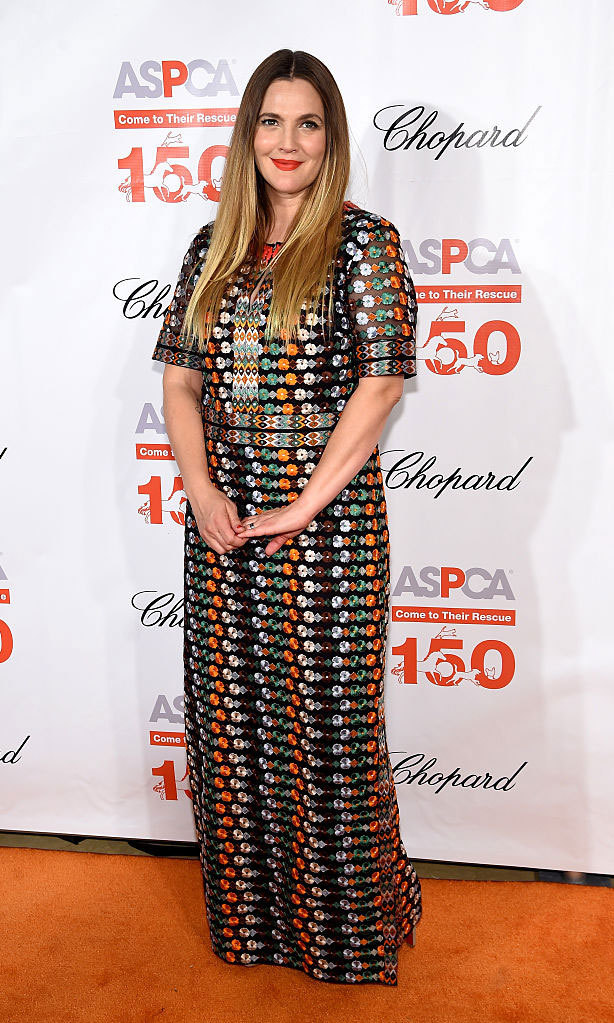 On the other side of the world, Kate and Prince William were enjoying the second leg of their royal tour in Bhutan, visiting Lingkana Palace. The British royals will return to India, where they began their visit, on Saturday.

Following their exciting first day in Bhutan, Kensington Palace tweeted a montage of photos from Will and Kate's day, writing, "Thank you Bhutan for a magical day in Thimphu today! #RoyalVisitBhutan."