The 2016 Saint Laurent show in Los Angeles was a star-studded family affair. The fashion house held its first runway show in the City of Angels on Wednesday bringing out a slew of celebrities.

The label’s fall/winter presentation was a tribute to the “Los Angeles music scene," with creative director Hedi Slimane adding hints of “glam” and “psych rock” to the collection. The show held at the legendary music venue, Hollywood Palladium, featured 71 models and musicians, in addition to 13 bands on stage. 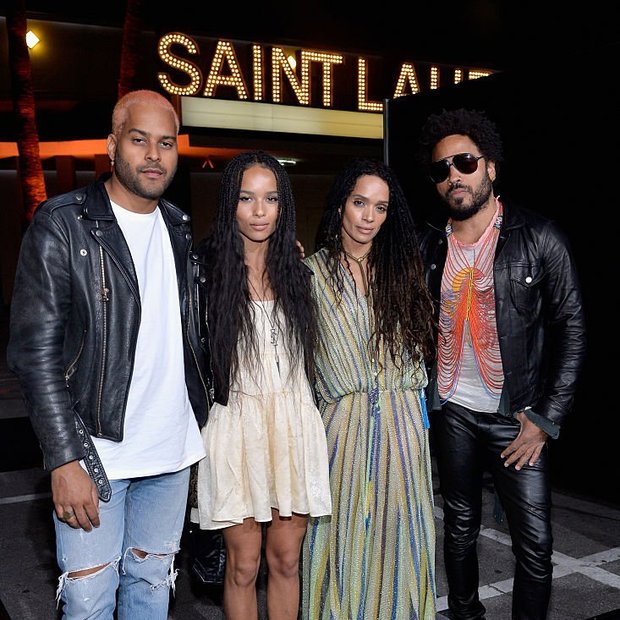 Stepping out for the rock 'n’ roll collection was rockstar Lenny Kravitz. The “Fly Away” singer made the evening a date night with two special ladies — ex-wife Lisa Bonnet and daughter Zoe Kravitz, who was wearing Saint Laurent. The 27-year-old’s boyfriend, singer Twin Shadow, also joined the stylish family. 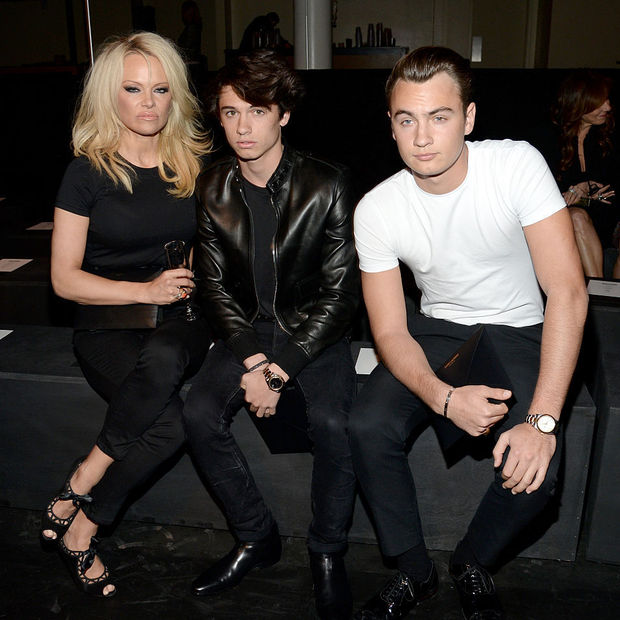 Rocker chick Pamela Anderson made the fashion show a family night out with her young men. The former Baywatch babe was joined by sons Brandon and Dylan Lee, whom she shares with her ex-heavy metal band rocker husband Tommy Lee. 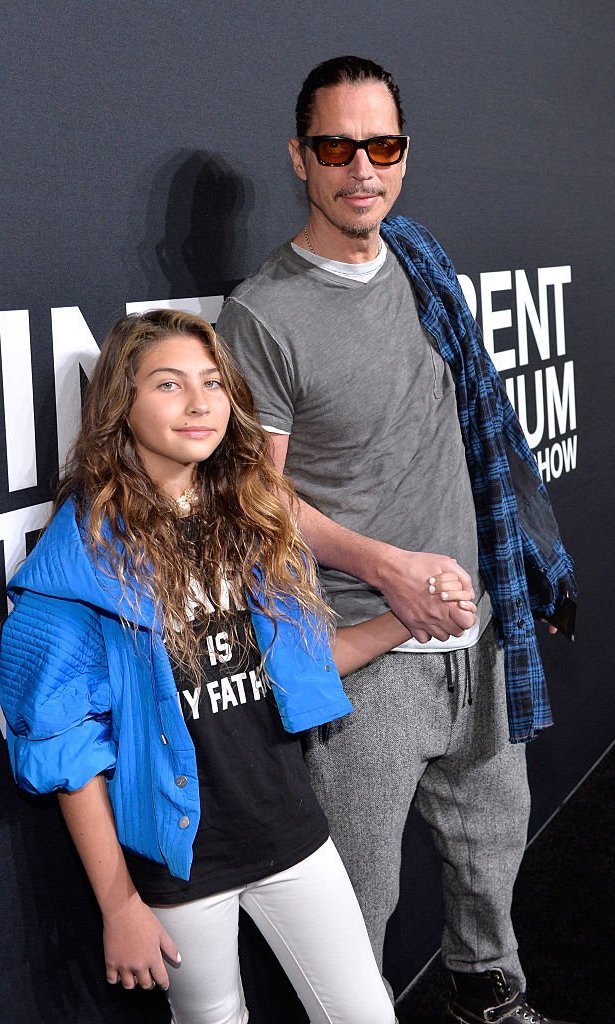 Joining the iconic rockers at the Sunset Boulevard venue was musician Chris Cornell. The former lead vocalist of Soundgarden came out for the music tribute show with his daughter Toni Cornell in tow. 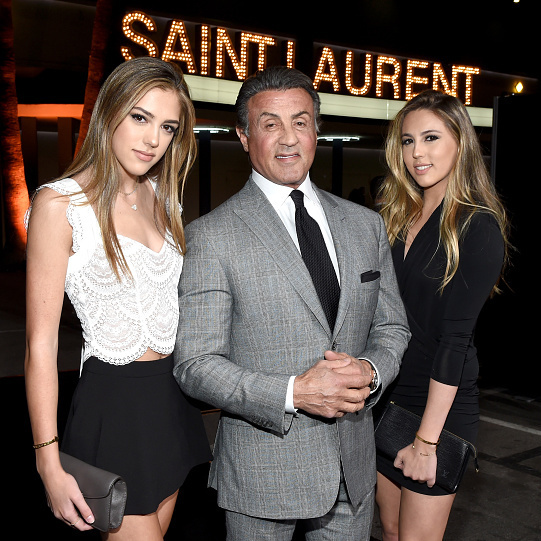 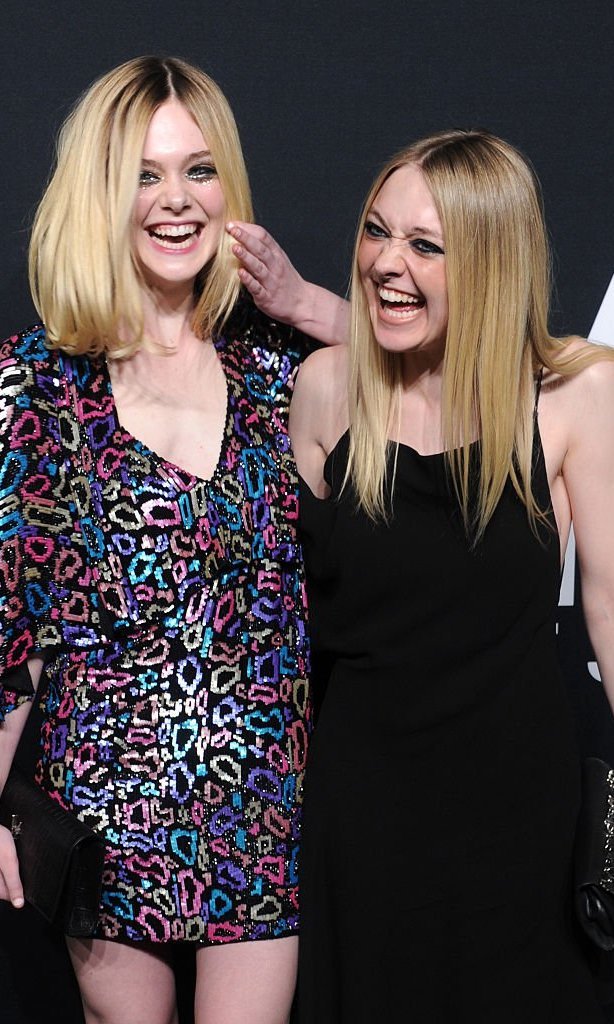 Sisters Elle and Dakota Fanning had their own girls night out at the fashion show. The stylish pair worked the carpet in chic dresses. Elle elected for a sequin cape dress, while older sister Dakota kept it simple in a little black dress. The actresses laughed it up on the carpet before taking their seats front row beside another notable family, the Maguires. 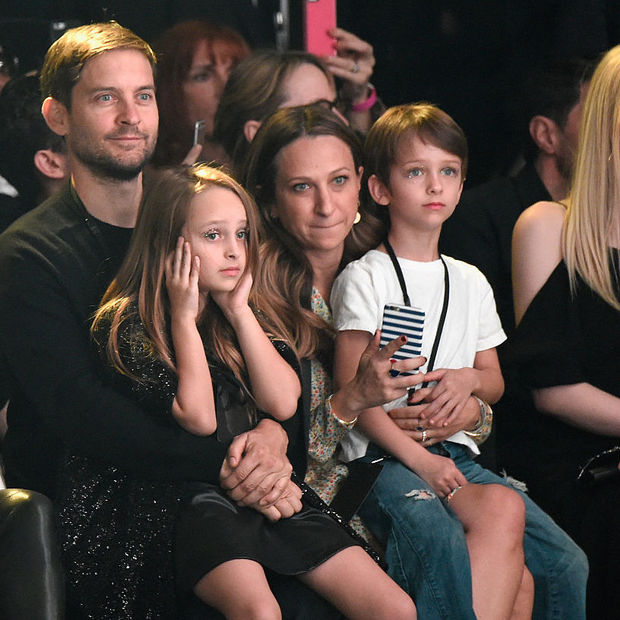 Tobey Maguire along with his wife, jewelry designer Jennifer Meyer, attended the event with their young children seated on their laps — Otis, 6, and Ruby, 9. While the music appeared to be a bit loud during the show for Ruby, the Spiderman actor’s kids showed off their bedazzled, custom Saint Laurent capes that they wore to the star-studded event on their mom's Instagram account.


Meanwhile Demi Moore spent some quality mother-daughter time with two of her girls, Scout and Tallulah Willis. The trio rocked the carpet, with Tallulah dazzling in a gold mini dress paired with black shades. Mom Demi wore a black mini for the fashion event, while Scout kept it effortlessly cool in an all-black ensemble with a printed overcoat. 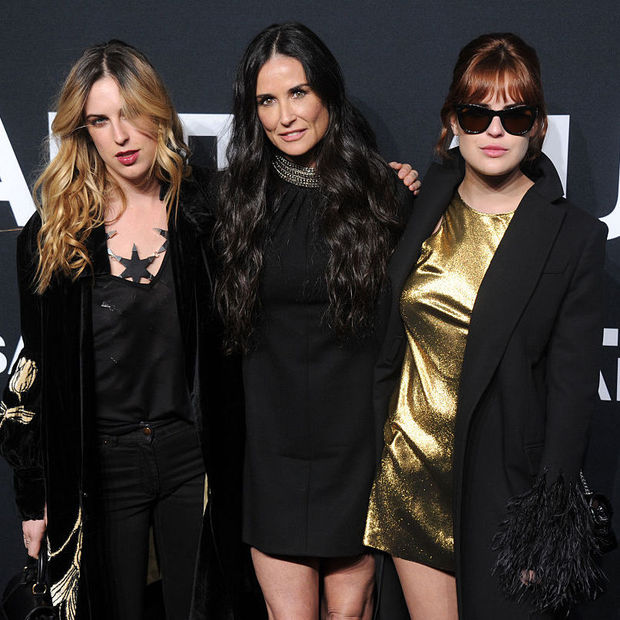