Rising supermodel Gigi Hadid made waves as she walked for Atelier Versace for the first time – and she was chosen to close the show, looking the epitome of cool in an all-black tailored blazer and trouser combination. 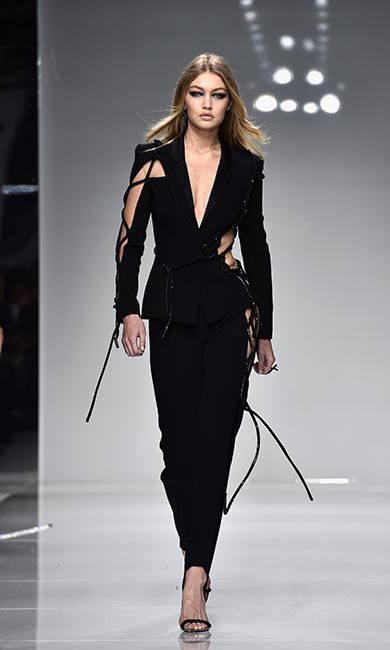 It's no surprise that the 20-year-old was featured in the Italian fashion house's haute couture presentation this year – she already has a close relationship with Donatella, and even starred in the first photo the designer posted on her newly-created Instagram account.

After the show, Gigi took to Instagram to celebrate the milestone moment in her career, with a touching message for Donatella. "Atelier Versace so honored to close the show tonight. Love you @donatella_versace," she wrote in the caption for her 12.2 million followers.

And Gigi wasn't the only blonde beauty to turn heads on the catwalk. Newly-engaged model Rosie Huntington-Whiteley smoldered on the catwalk wearing the daring thigh-high slit gown, showing off her enviably toned legs. 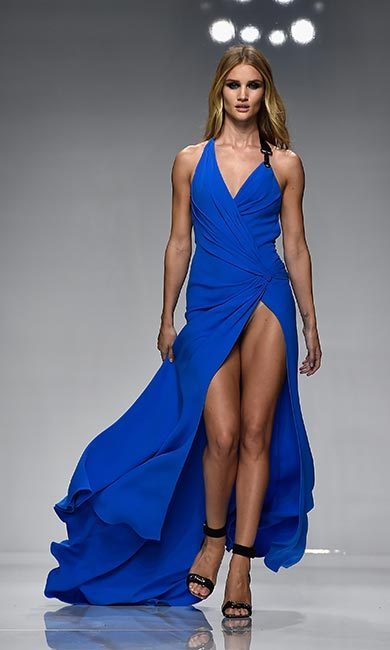 Newly-engaged Rosie was a vision in blue Photo: Getty Images

The British beauty's hair and make-up were equally on point, with Rosie rocking dramatic smoky eye make-up with her hair worn down in her trademark tousled waves.

"What a spectacular show last night!" the 28-year-old later wrote to her 4.5 million followers on Instagram, alongside a photo of herself on the runway. "@versace_official Haute Couture 2016 in Paris. Thank you @donatella_versace such an honour to walk for you!!"

Adam Levine's wife, Behati Prinsloo was equally grateful to have taken part in the haute couture show. Sharing a photo in her stunning white Versace gown, the Victoria's Secret angel wrote on Instagram, "Thank you @donatella_versace for having me in your beautiful couture show tonight, a real honor."