Some of Hollywood's most stylish members gathered together on Monday night for the CFDA/Vogue Fashion Fund Awards in New York City. Among the slew of celebrities that attended the fashionable evening that highlights up and coming designers were Demi Moore, Zendaya, Lorde, Karlie Kloss and Amanda Seyfried. 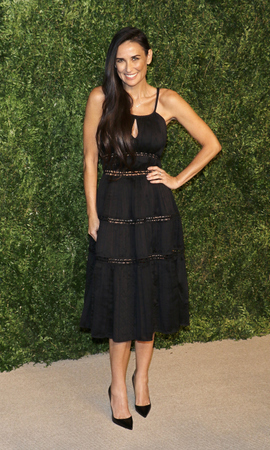 Demi, 52, stunned in a black, midi Zac Posen dress. The mom of three proved she's still got it while working the red carpet, looking as young as ever. Demi's 27-year-old daughter Rumer Willis took to social media to praise her mother's red carpet look writing, “Yep that’s my mom… she is a goddess #wce #flawless #notscaredifiagelikethis Mama you are my inspiration my icon and my role model and I love you. #no filter." 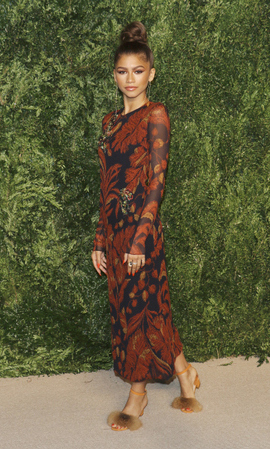 Singer-actress Zendaya was a fall vision in her leaf-printed Brother Vellies dress. The African designer who created the autumn colored ensemble was the recipient of the CFDA/Vogue Fashion Fund that evening. 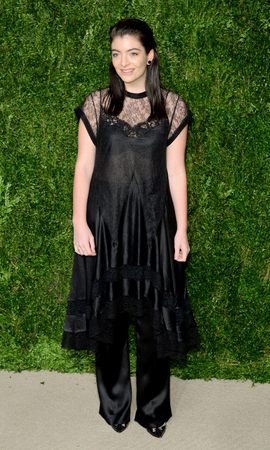 Lorde opted for a chic, sleek 'do, wearing her hair straight down as opposed to her usual curly locks. The hairstyle is a rare occurrence for the "Royals" singer (she's previously straightened her hair for the 2014 Grammy's). Going for a goth look, the 18-year-old donned a black Givenchy dress paired with trousers for the awards. 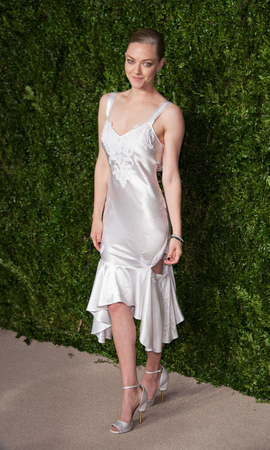 Also dressed in Givenchy for the evening was Amanda Seyfried. The actress wore a white silk number proving that the rule of no white post-Labor Day no longer applies.