It was the week of anniversary celebrations for the royals, but we celebrated their spot-on fashion choices. Queen Rania, who marked her 22nd anniversary to King Abdullah II, stepped out to a board of trustees meeting at The Children's Museum on Monday, sporting a chic cream blouse with cut-out detailing and a monochrome skirt which she paired with a wide brown belt. 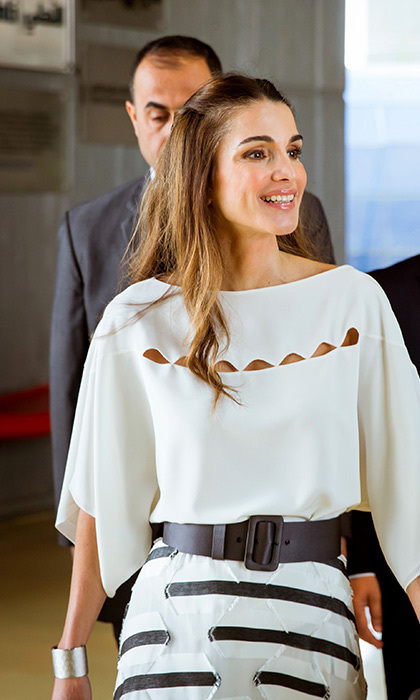 
Later in the week, the mom-of-four shared two Instagram snaps in honor of her 22nd wedding anniversary. One picture showed the lavish bouquet of flowers she was given by her husband, while another of the pair at an official engagement bore the caption: "22 years on and my heart still skips a beat. So blessed to be at your side. Happy anniversary, Your Majesty #Wedding #Anniversary #Love."

While Princess Madeleine of Sweden marked her second anniversary with husband Chris O'Neill on Monday, the pregnant royal kept a low profile leaving the public engagements to sister Crown Princess Victoria ahead of their brother, Prince Carl Philip's wedding on June 13. 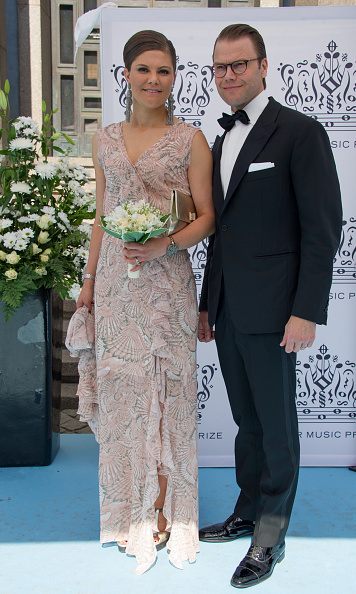 
On Tuesday, the 37-year-old turned heads in a glamorous peach and grey floor-length gown, which she teamed with towering silver heels, at the Polar Music Prize Awards at Stockholm Concert Hall. Several days earlier, Sweden's future queen looked radiant in an all-white ensemble when she attended a citizenship ceremony at Uppsala Castle.

In the United Kingdom, Princess Beatrice and the Countess of Wessex were representing British royal fashion this week. 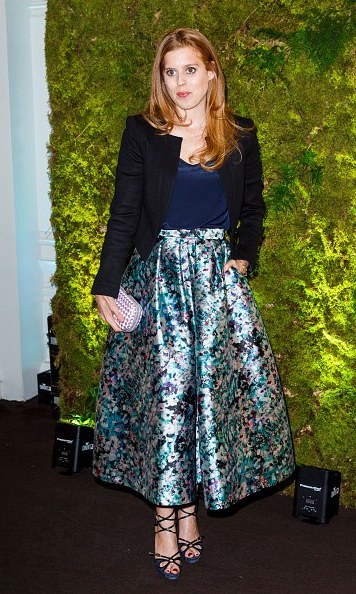 
Sophie, who is married to Prince Edward, wore a nautical-inspired navy and white outfit when she joined European royals including Princess Marie-Chantal and Prince Pavlos of Greece, Prince Henrik of Denmark and King Harald of Norway, at the bicentenary celebrations of The Royal Yacht Squadron at Cowes on the Isle of Wight.

Click on the picture below to see this week's best royal style: 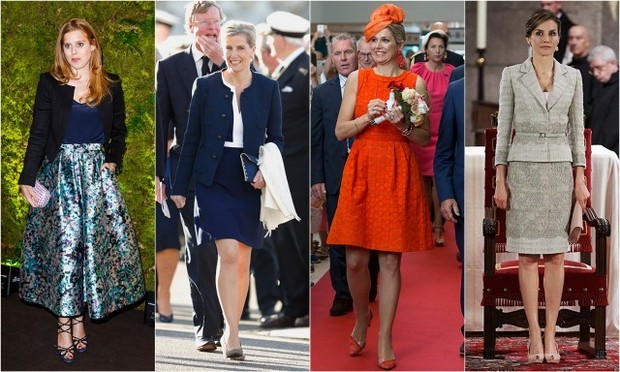