Backstage at the Victoria's Secret Fashion Show in London, you'll find 47 models (including Angels) in various states of primping.

The annual fashion show — a highlight of the holiday season for many — is taking place in London for the very first time. On Tuesday, models enjoyed downtime and snuck in last-minute workouts as they got ready for the highly-anticipated catwalk. 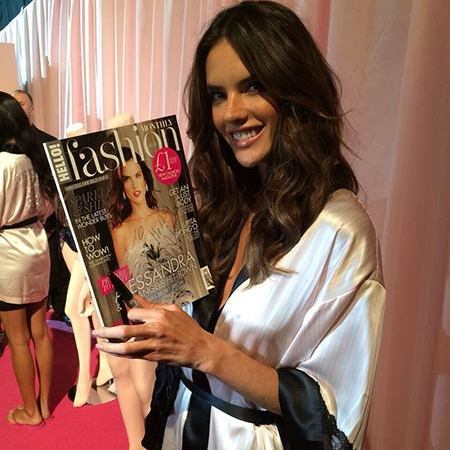 Alessandra Ambrosio with her copy of HELLO! Fashion Monthly

Seasoned Angel Alessandra Ambrosio, 33, was a beacon of calm as she prepped for her strut down the world famous runway, stopping every so often to take some selfies and share a laugh with her hair and makeup team. We also spotted the Brazilian beauty reading this month's issue of HELLO! Fashion Monthly (of which she is the cover model) as she waited backstage.

Fellow Angel Adriana Lima (who has the high honor of wearing this year's exclusive Fantasy Bra with Alessandra), 33, also seemed very relaxed as she was getting ready for the celebration. In addition to being the first time the Victoria's Secret Fashion Show takes place in London, it's also the first year the lingerie retail giant has produced two Fantasy Bras, valued at more than $2 million each. The glitzy bra and panty sets boast more than 16,000 stones — including rubies, sapphires and diamonds — and 18-karat gold body jewelry. 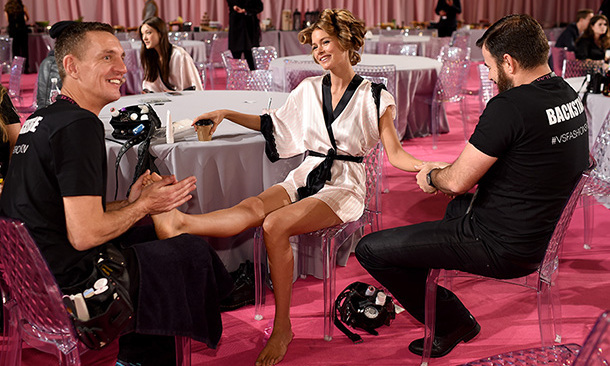 Backstage pre-show, the Angels also received a bit of pampering: Dutch beauty Doutzen Kroes, 29, was seen enjoying a foot massage to accompany her manicure, while Karlie Kloss, 22, joined wearing one of the luxe Victoria's Secret robes. The American model has had a busy schedule in London the last few days — she'll walk in the the iconic show after having attended the British Fashion Awards on Monday.
The annual Victoria's Secret Fashion Show will air on CBS on Tuesday, December 9 with Ariana Grande, Ed Sheeran, Hozier and Taylor Swift all slated to perform. 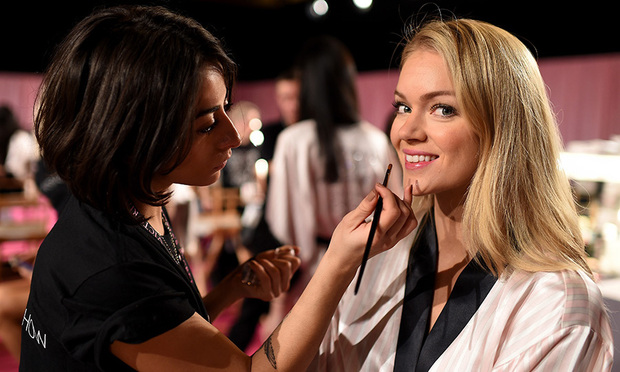