The annual spectacle, which will air Tuesday, December 9 at 10 p.m. ET on CBS, features a parade of the retailer's dreamiest lingerie confections — and, of course, new iterations of the world-famous Victoria's Secret Angel wings. One of the most anticipated looks of the runway show is the gorgeous million-dollar fantasy bra. 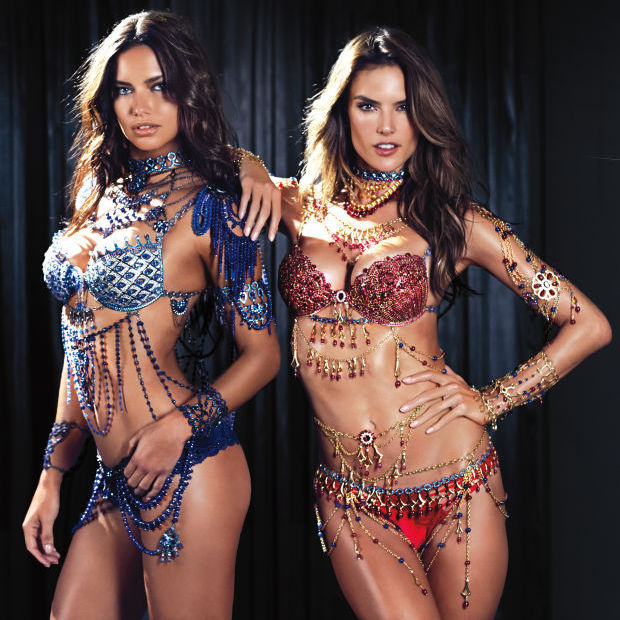 The fashion show usually bestows the honor of wearing the Dream Angels Fantasy Bra to one lucky catwalker, but this year — as the brand is debuting two bejeweled bras — Adriana Lima and Alessandra Ambrosio, both 33, will share the honor.

"It’s like a highlight really of the show — the fantasy bra — and every year the models, we always get nervous to see who is going to get to wear the bra," Adriana told Good Morning America on Monday.

This year's shiny creations, designed by jeweler Mouawad, total $4 million combined and are covered in more than 16,000 rubies, diamonds and blue sapphires. The bras took skilled workers more than 1,380 hours to create and the arm, leg, stomach and neck pieces are all attached with 18-karat gold. For comparison, the 2013 fantasy bra worn by model Candice Swanepoel, featuring a giant ruby, was worth $10 million.

"It’s definitely, I think, the most watched, most viewed fashion show in the world," Alessandra said on Good Morning America. "They have all those amazing performances on the runway and we work out really hard for the show so, you know, we might as well have fun in those beautiful Dream Angel Fantasy Bras." 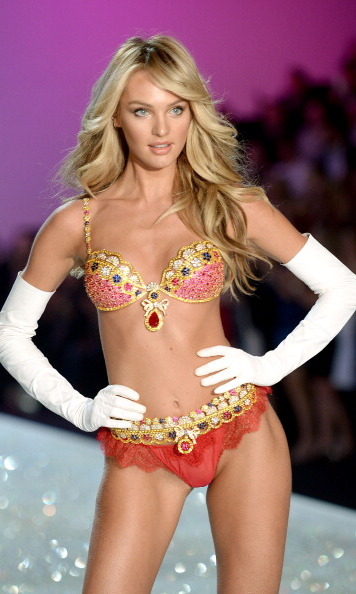 "This year it’s really exciting because it’s the first time that we’re going to have two Fantasy Bras on the fashion show," Adriana said. "I’m honored to be here with Alessandra, doing the show, walking the runway together. I cannot wait."