The Maleficent: Mistress of Evil premiere was a family affair for Angelina Jolie. The star of the Disney sequel brought five of her six kids to the star-studded event on Monday, September 30. The Oscar winner, 44, was all smiles as she posed on the red carpet alongside 15-year-old Pax, 14-year-old Zahara, 13-year-old Shiloh, and 11-year-old twins Knox and Vivienne. Noticeably absent was oldest son Maddox, who is currently studying at a university in South Korea. 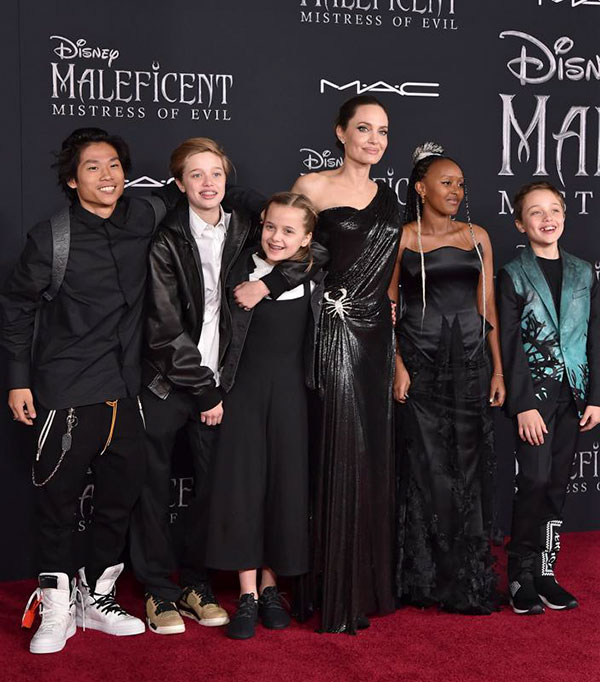 Angelina was joined by Pax, Shiloh, Vivienne, Zahara, and Knox at the Disney premiere

Angelina coordinated with her kids for their big night out wearing dark-colored ensembles. The mom of six admitted to Entertainment Tonight that her children “wrangle her.” "Honestly, they're more together [than I am]. Zahara's the most organized in the family,” she confessed. Angelina also praised her eldest daughter Zahara, noting: "She's growing up so beautifully."

The Maleficent star was proud to have her children at the Hollywood premiere. "It's just so wonderful to have their [support]," she said. "They're my friends." 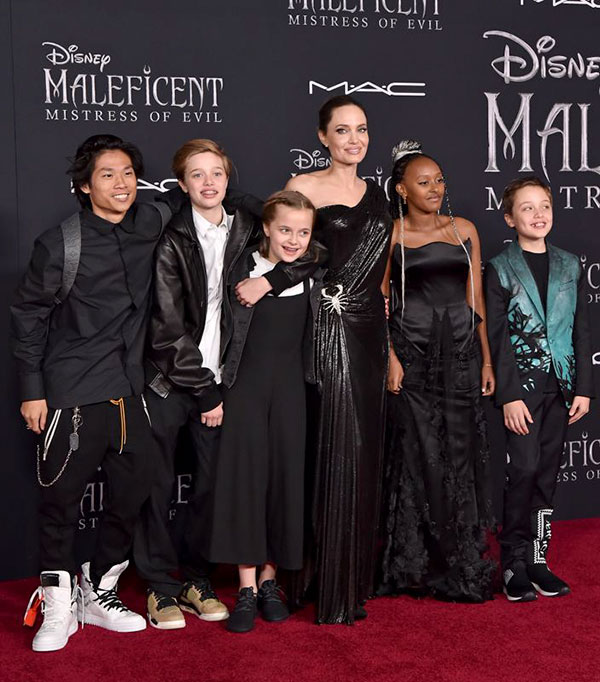 Angelina Jolie and her children coordinated in dark outfits

While on the carpet, Angelina reflected on her first Academy Award for her role in 1999's Girl, Interrupted. Next year will mark the 20th anniversary of her win. "Maybe it's 20 years on in your life, and you kind of circle back to that girl," she said. "Your kids are teens. My son is closer to that age [than I am now]... and so all the things I love about that girl, I'm seeing in the spirit of them, and it's helping me return to myself a little bit."

RELATED: Angelina Jolie reveals the advice she gives her daughters

Disney’s Maleficent: Mistress of Evil opens in theaters on October 18.