They may have left Wisteria Lane, but Eva Longoria and Felicity Huffman still have each other’s backs. As the latter faces jail time and a $20,000 fine for her role in the infamous “Operation Varsity Blues” college admissions scam, she has sincere support from her former Desperate Housewives co-star. Felicity’s attorney’s submitted various letters to the judge, testifying on her character, including one from her latina powerhouse friend. The candid note details troubles Eva faced while filming their hit ABC series and how she would not have been able to overcome them without Felicity.

“When I began the TV show, I was very new to the business and industry as a whole,” Eva wrote to the judge in an open letter. “Felicity was the first one to take me under her wing.” The 44-year-old Grand Hotel Producer went on to describe some filming difficulties that her onscreen neighbor helped her navigate.

“There was a time I was being bullied at work by a co-worker,” she wrote. “I dreaded the days I had to work with that person because it was pure torture. Until one day, Felicity told the bully ‘enough’ and it all stopped.” Speaking of their intuitive bond, the new mom added: “Felicity could feel that I was riddled with anxiety even though I never complained or mentioned the abuse to anyone.” 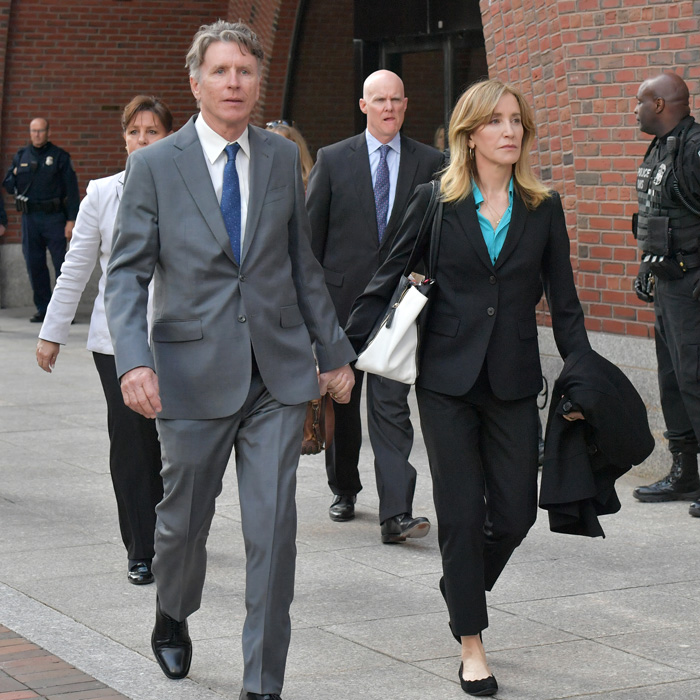 Felicity faces up to six months in jail

The letter also notably mentioned how Felicity inisited on negotiating for pay parity with the show’s other stars. “Felicity stood up for me, saying it was fair because the success of the show depended on all of us, not one of us,” she wrote. It seems Felicity also consoled Eva when she was the only female lead on the dramedy to not receive a Golden Globe nomination during the show’s run.

MORE: Eva Longoria gets real about that Desperate Housewives 'feud'

“I know I would not have survived those 10 years if it wasn’t for the friendship of Felicity,” Eva wrote. “As a young, naive, Mexican girl who felt like I didn’t belong those gestures meant the world to me.” Her 56-year-old famous friend faces up to six months in prison, according to CNN. She has been accused of paying a $15,000 bribe for a higher SAT score for one of their daughters. Her full sentencing will be announced September 13 in Boston, Massachusetts.