Jennifer Lopez had to learn a new skill set for her upcoming flick Hustlers. The 50-year-old actress plays a bad*** stripper named Ramona, who is the head ~dancer~ in her girl gang. From the trailer, J.Lo has made it look easy to do a dance routine on the pole, but it was actually "the hardest" thing she's ever had to do for a movie. In her new YouTube video, the star documented all the training it took for her to fully embrace her stripper character. 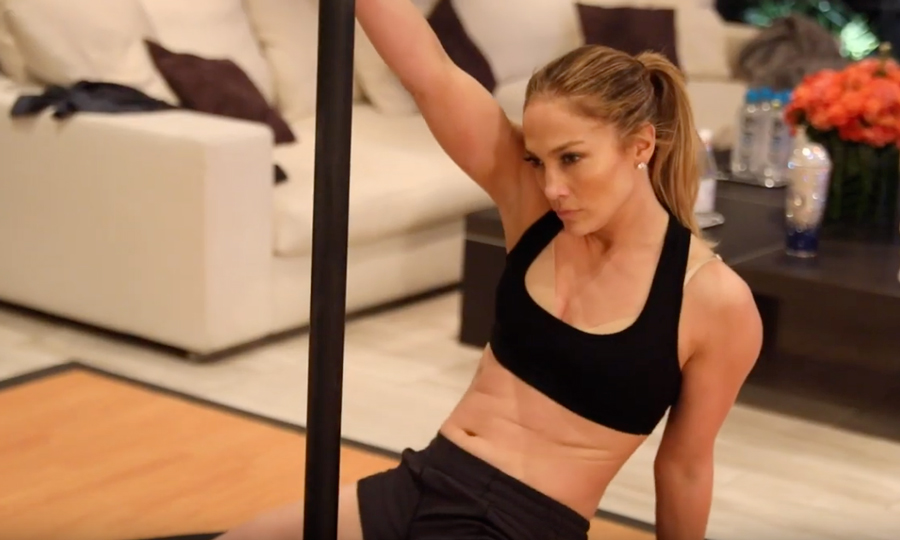 In order to conquer the pole, Jennifer began prepping four months before production on the movie began. She enlisted the help of a pro-stripper who taught her all the basic moves—climbing the pole, spinning and balancing her weight all while wearing a pair of sky-high stilettos. "Ugh my crotch," she jokes at one point while showing off all the bruises she's gotten from the lessons. "It's rough on your body, it's real acrobatics," she says during one of her classes. "I'm just trying to learn the mechanics right now because strippers have lots of time to practice. They work the club every night so they start learning little by little, but we have to do a crash course."

With the help of her instructor, J.Lo had to master the skills in six weeks. "I'm not trying to look like I can be in Cirque du Soleil and be a top acrobatic in the world," she shares. "I'm just trying to look convincing as if i've been stripping for a while. My character really has the hustle down." At one point, she also recalled a conversation she had with her co-star Cardi B, who worked as a stripper when she was younger. "Cardi was telling me it took her years. She's great at it, but it took her years to figure out all of this stuff and Joanna is teaching me in a matter of six weeks." 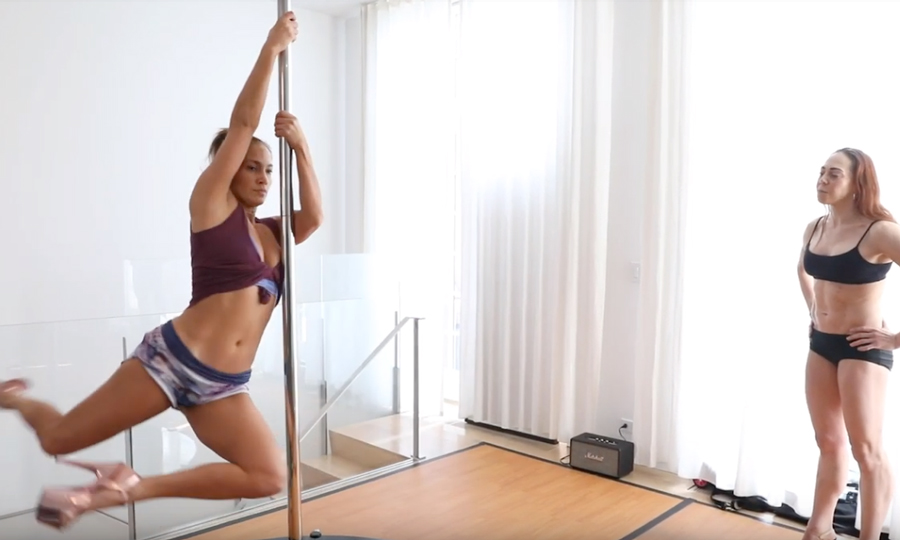 In the end, JLo shows fans a glimpse of her sultry stripper number in the film while she's all dolled up and in character. There's enough footage to see how her work paid off, but she doesn't show any spoilers. "This is just as hard as anything I've had to learn. It might be the hardest," she says. As the director calls cut, everyone on set is visibly impressed with JLo.

You can watch JLo's full dance routine when Hustlers hits theaters on September 13.