It’s a party and Akon and Becky G are throwing it! HOLA! USA has the first look at behind-the-scenes footage from the duo’s upcoming music video from their single Cómo No. In the video, which was shot in Miami, the Mexican beauty and the African musician bring the fiesta as they dance along the city. The pair pay homage to some of the greats in Latin music, as they perform in front of a Celia Cruz mural. Becky is feeling tropical as she rocks a flowy frock and a pair of snake-print pants. Akon clearly feels the same vibes as he wears a gold shirt and printed pants. 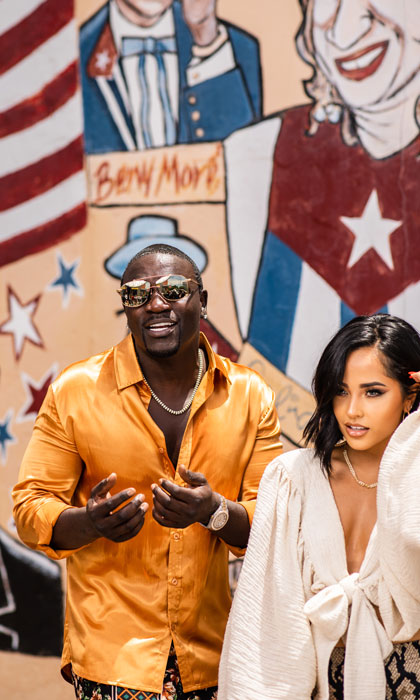 Becky G and Akon gave HOLA! USA a BTS look at their Cómo No music video

Miami is the perfect vibe for the duo who sing about a love that they just can’t control. The upbeat track is the perfect summer to fall hit. Fans can see the video when it premieres on MTV, Friday, September 6. Becky teased the single with a photo from the set of the video. “#ComoNo,” she wrote next to a red heart and palm tree emoji.

Cómo No is the first single off of Akon’s highly anticipated full-length Spanish album El Negreeto that is set to be released on October 4. Fans got a taste of the I Wanna Love You singer’s Spanish when he dropped his collaboration Coméntale with Ozuna. The singer, who has an appreciation for the culture after being raised around a lot of Latinos, shared that he’s always been a fan of the genre because the artists have always been like family. 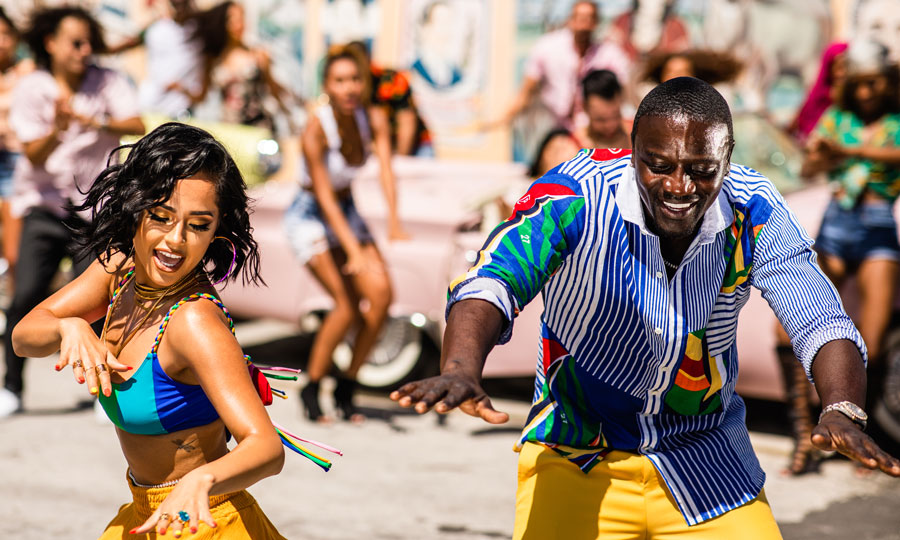 The single is from Akon's upcoming album El Negreeto

“It’s their time now. I’ve seen how they’ve been working for a long time to compete with a major market when they were considered underground to a domestic audience,” the 46-year-old told Billboard. “Reggaeton has always been big – only that no one knew what it was and didn’t understand it. But people liked it. The same thing happened with reggae and house/techno music. This is the time for Latin American artists to take advantage, and the younger generation is doing the job."

Be sure to check back with HOLA! USA when the Cómo No video drops Friday, September 6.