For ten days every year, Venice rolls out the red carpet to claim the title of Movie Capital of the World (Sorry, Hollywood!). Actors from all over the globe jet into the beautiful Italian city to present their new projects at the prestigious Venice Film Festival with the hopes of scoring an award. Brad Pitt and Scarlett Johansson were promoting their latest movies last week and over the weekend it was time for Penélope Cruz to shine in the spotlight.

RELATED: Why Penélope Cruz and Javier Bardem made this decision in their relationship 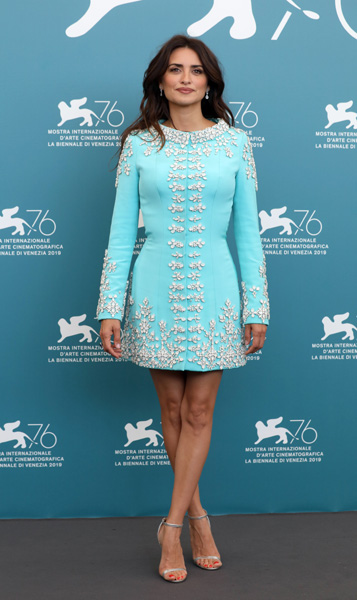 The Spanish actress was promoting her latest movie, Wasp Network, a nerve-wracking thriller that tells the story of five Cuban spies in the US back in the 1990s. In Venice, Penélope was joined by her co-stars, all big names in the Latin film industry: Gael García Bernal, Edgar Ramírez (American Crime Story: The Assassination of Gianni Versace), Walter Moura (Narcos) and Leonardo Sbaraglia (Nueve Reinas). Ana de Armas (Blade Runner 2049) also stars, but unfortunately could not attend due to previous commitments. 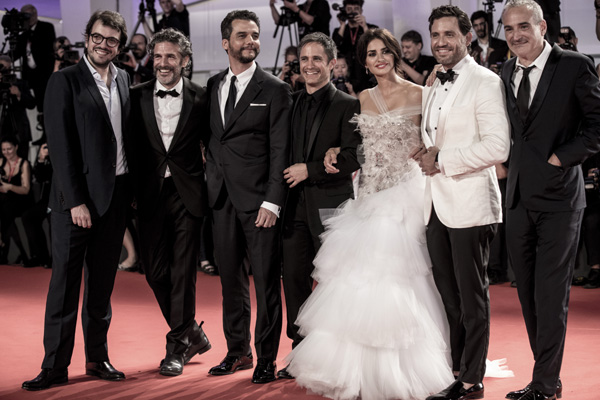 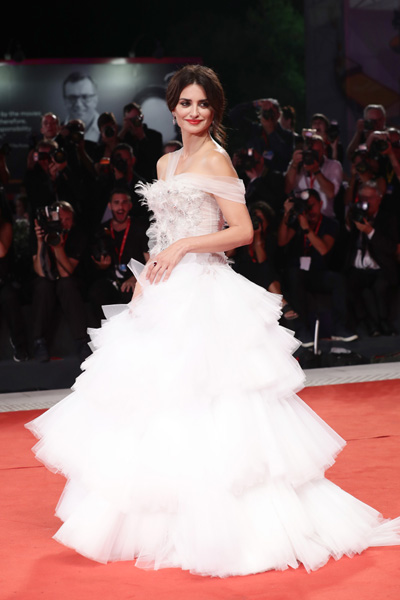 Later that night, the full Wasp Network cast walked the red carpet, and the Spanish actress had a chance to show off her exquisite taste in gowns. Her spectacular haute couture dress from Ralph & Russo’s Autumn/Winter 2019 collection made her become the indisputable queen of the night. The bodice of the dress, embellished with crystals and feathers, was a design masterpiece. Penélope’s loosely upswept hairstyle and red lips completed the killer look.