Penélope Cruz has cut back on making movies since becoming a mother. The Spanish actress, who shares six-year-old daughter Luna and eight-year-old son Leo with husband Javier Bardem, admitted that she only accepts a couple films per year now that she's a parent. “Because I have two kids and they are young, I decide based on location and how much time [a film] will take,” she told the Evening Standard on Thursday, August 8, at the London premiere of her new movie Pain & Glory (Dolor y Gloria). 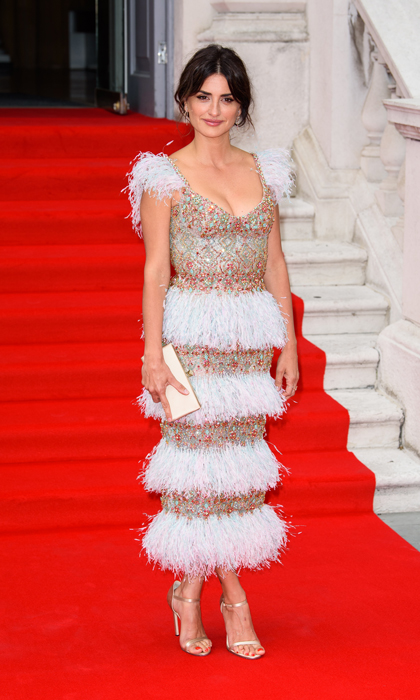 “That’s why I take just one or two a year. For many years I was doing four or five a year. I cannot have that rhythm now that I am a mother,” she continued. “I want to be able to raise my children myself, so that makes the decision. You really have to really look carefully when you say yes to a film.” The Oscar winner, 45, described her decision as a "natural change."

Penélope stunned at the premiere of her latest film on Thursday. The mom-of-two looked like a million bucks stepping out in a dazzling design by Meghan Markle-approved designer Ralph & Russo. The sparkling couture dress featured rows of white ostrich feathers, as well as opal stones and pink crystals. Penélope completed her head-turning look with an elegant updo, Jimmy Choo sandals, and a gold clutch. 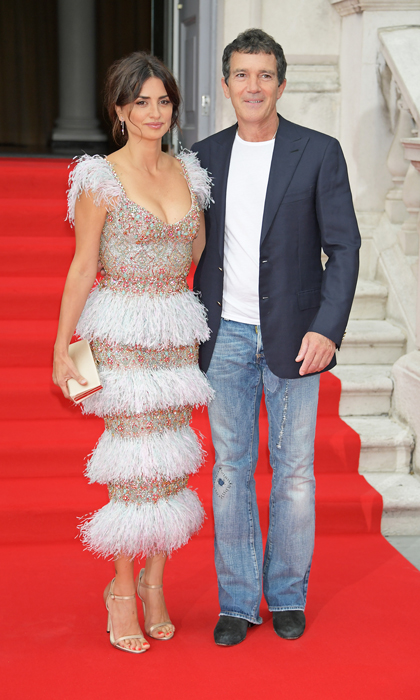 Meanwhile, the actress’ co-star, Antonio Banderas, opted for a more casual ensemble wearing blue jeans, a white tee and blazer. The Spanish actor had the support of his girlfriend Nicole Kimpel at the Film4 Summer Screen event held at Somerset House. Penélope and Antonio's new movie was directed by Oscar winner Pedro Almodóvar. Speaking to Insider about the rise in Spanish films and talent, Penélope said, “You never know if you’re going to see more Spanish Oscar winners.”