Kim Kardashian tapped a special person to model her new shapewear brand, Alice Marie Johnson. Over a year after the reality star helped free the 64-year-old grandmother—who was serving a life sentence for a first-time, non-violent drug offense—from prison, Kim enlisted Alice to be a part of her SKIMS Solutionwear launch. The former inmate appeared in a video for the TV star's new line, modeling the brand's black sculpting bodysuit mid thigh.

"I was serving a life plus 25-year sentence without the possibility of parole," Alice said in the video. "Kim saw a video of me, she heard my story, and she said, 'This is so unfair,' and by the way, I didn't even know who Kim Kardashian was. She went to war for me to fight for my freedom -- that's why I call her my war angel, because nothing stood between her and my freedom."

MORE: Kim Kardashian reveals the secret to her small waist 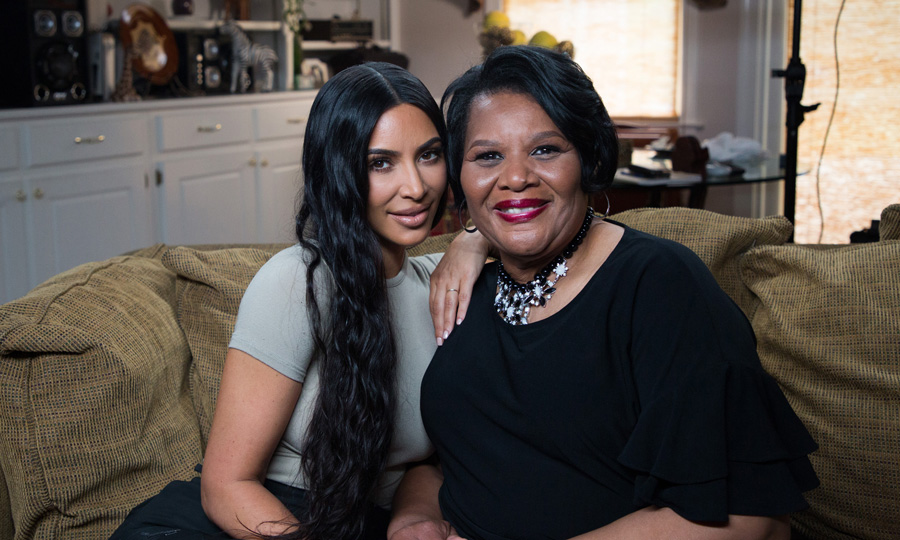 The reality star helped free Alice from prison in 2018

Kim shared the video online calling Alice “the most amazing model ever.” The KKW Beauty mogul recently renamed her shapewear line after facing backlash for the original name, Kimono, which was criticized for cultural appropriation. She said, “My fans and followers are a huge inspiration to me – I’m always listening to their feedback and opinions, and am so grateful they shared their ideas for a new brand name. After much thought and consideration, I’m excited to announce the launch of SKIMS Solutionwear™.”

MORE: You will be blown away by the new KKW Beauty body foundation – see before and after photos

The Keeping Up with the Kardashians star announced her shapewear line in June. The solutionwear, which launches September 10, will be available in sizes XXS - 5XL. “I love the idea that the pieces will be the closest thing to someone’s skin, skimming with amazingly soft and supportive fabrics which accentuate the best parts of our bodies,” Kim noted. “SKIMS Solutionwear™ is for every body.”