Kelly Ripa and Mark Consuelos’ daughter Lola Consuelos has officially left the nest. The Live with Kelly and Ryan co-host dropped her 18-year-old off at college on Sunday, August 25. Lola is now a student at New York University. The mom of three took to social media to share a photo of herself saying goodbye to Lola, which she captioned: “The nest is getting roomy.........💕.” 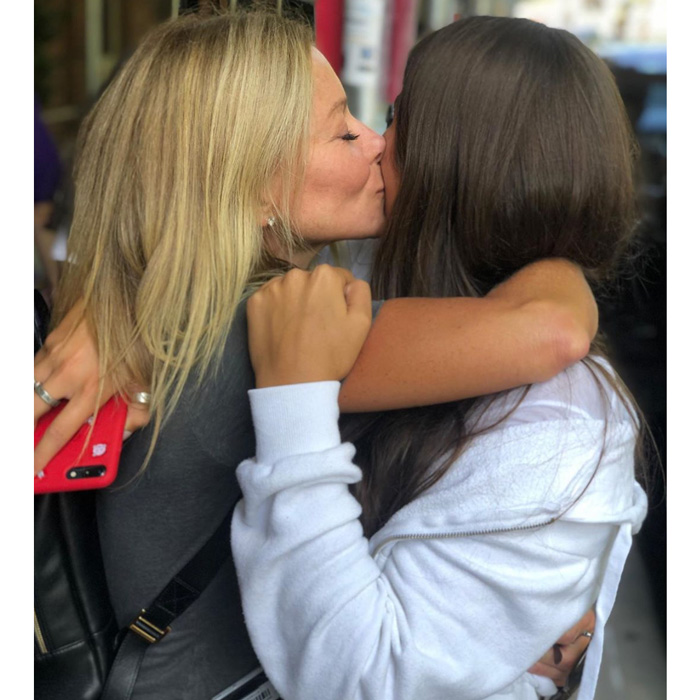 The TV personality’s daughter won’t be the only famous offspring on campus. Crown Princess Marie-Chantal and Crown Prince Pavlos of Greece helped settle their 19-year-old son Prince Achileas into his NYU dorm over the weekend.

“So proud of Achileas,” Pavlos penned on his personal social media account. Meanwhile, the Greek Crown Princess posted photos of her son’s new home and of them stocking up on essentials at Bed Bath & Beyond. “Bed ,bath and beyond again and again and again! #dormlife 🙄♥️🙄," she wrote alongside a picture of one of their dorm shopping trips. Achileas graduated from New York’s private Dwight High School in June. The young Prince is following in his big sister Princess Olympia’s footsteps. The 23-year-old Princess graduated from NYU in May. Following their graduations, the Greek royals flocked to East Asia on a family trip.

Aside from Achileas, Marie-Chantal and Pavlos have another son in college. Back in 2017, the royal couple dropped Prince Alexios, 20, off at the prestigious Georgetown University in Washington, D.C. The Greek royal began his studies at the time alongside cousin Princess Talita von Fürstenberg.