Camila Cabello and Shawn Mendes have yet to confirm that they're ~officially~ dating, but let's be honest, these two are definitely an item seeing as they are constantly amping up the PDA in pools, coffee shops and during romantic strolls in New York City. But the latest proof that #Shamila is not a PR stunt is when the Havana songstress attended Shawn's concert at the Barclays Center in Brooklyn over the weekend. Throughout his performance, Camila was spotted swooning after he dedicated a song to her. SWOON. 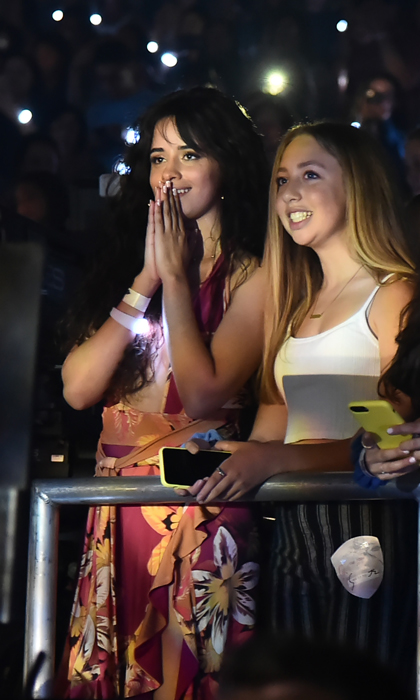 According to a concertgoer, the 22-year-old singer came out for the second half of the show. “Camila came out a little more than halfway through Shawn’s concert at the back of the floor on a raised platform,” a source told Us Weekly, adding that Shawn even dedicated a song to Camila. “When Shawn introduced his song Fallin’ All in You, he ended with, ‘This one is for my Mami!’ and he pointed to Camila.”

MORE: Camila Cabello and Shawn Mendes to appear at the 2019 MTV VMAs together

Camila attended the show with a male friend and was spotted wearing a special item of Shawn's—a bracelet. "She was wearing one of his bracelets that was glowing as she was dancing," the source revealed. "Halfway through the song, she got down on her knees and was looking lovingly at the stage and stayed there until the end when she jumped up and down and screamed and pointed. He was looking directly at her.”

Before this major declaration of love, fans have speculated that the pair have been dating since they released their song Señorita, which saw them playing a steamy couple on screen. Since then, the two have been pictured making out and holding hands in public on numerous ocassions. 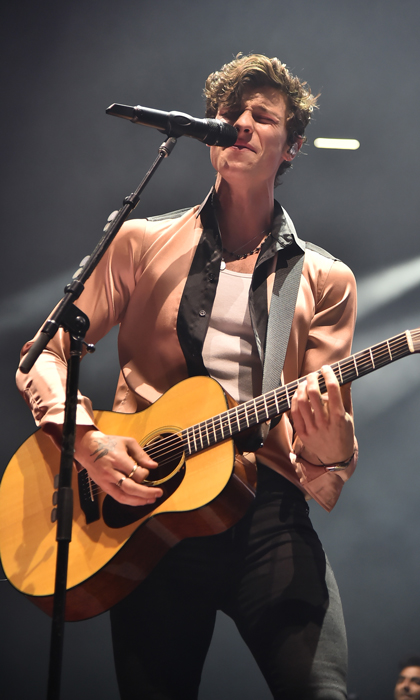 The two are scheduled to perform together for the 2019 MTV VMAs, which could be the first time they walk the red carpet together as a couple.