Forbes' highest-paid actresses list of 2019 has been revealed and it includes many of Hollywood's leading ladies like Jennifer Aniston, Reese Witherspoon and Kaley Cuoco. However, there was only one Latina who graced the highly-coveted list—Modern Family actress Sofia Vergara. The 47-year-old Colombian star ranked as the second highest paid actress with a whopping $44.1 million of earnings this year. 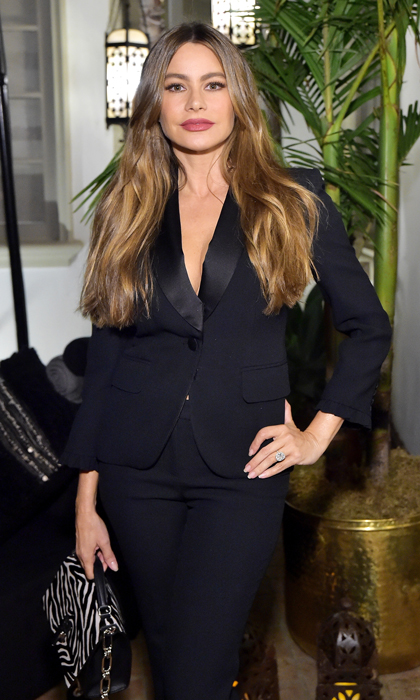 Sofia came in second place before Big Little Lies actress Reese Witherspoon ($35 million) and behind Avengers: Endgame actress Scarlett Johansson, who topped the list for the second year in a row with $56 million. Others who made the list are Margot Robbie ($23.5 million), Jennifer Aniston ($28 million) and Nicole Kidman ($34 million). Together, the world's ten highest-paid actresses made a combined $314.6 million between June 1, 2018, and June 1, 2019.

MORE: You'll never believe who Sofia Vergara was crushing on when she was a teenager

This also isn't the first time Sofia makes the list—she was previously named TV's highest-paid actress thanks to her salary from her role of Gloria Delgado-Pritchett on Modern Family as well as her endorsements and licensing deals, including her collaboration with furniture chain Rooms To Go. This year, the brunette beauty also launched a gorgeous denim collection at national retailer Walmart as well as her own shapewear line EBY that caters to women of all shapes and sizes. Sofia is currently filming the 11th and final season of Modern Family, which is slated to premiere on ABC in 2020, so we can expect the actress will once again make the list next year!