Camila Alves McConaughey​​​​​​​ is bonding with her mother-in-law! The 37-year-old Brazilian-American model is currently vacationing in Istanbul, Turkey with her husband Matthew McConaughey and the rest of his family to celebrate his mother's 87th birthday. Well, kind of. Mary Kathlene McCabe actually turned 87 on January 7, but the whole McConaughey clan have been jokingly celebrating her birthday throughout their trip. And Camila has gifted us all with video footage of "Kmack," as she likes to call her mother-in-law. 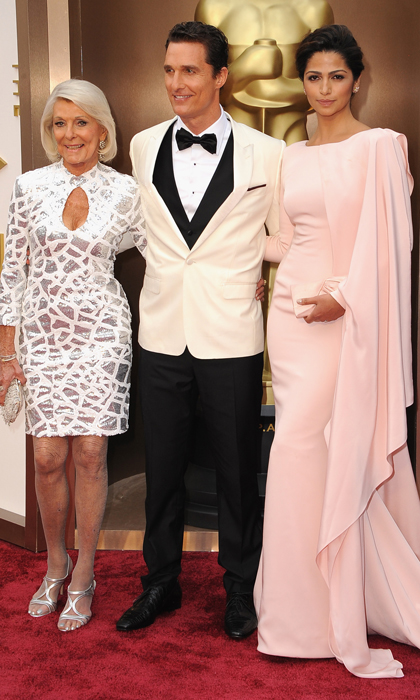 "87th birthday celebration," Camila captioned a video of the family chanting her mother-in-law's name at a dinner while waiters carried sparklers around her. "Well it wasn’t her birthday, but I told the waiters it was, and did not tell her ... And she fully acted like it was!!" In another video from later that night, Kmack is sitting on a chair while the crowd carries her above the sea of people.

MORE: Camila Alves and Matthew McConaughey are teaching their kids to give back

According to Camila's social media, the family has been traveling across Europe for the summer. The model shared a picture of her and her mother-in-law visiting the Eiffel Tower together as well as popular vineyard Château La Coste.  In one post, she also joked about how Matthew's mom is always trying to steal her clothes during vacations. "Okay guys, this is the deal—every time I travel with my mother-in-law, take an adventure with her, she doesn't pack right," she said in the video. After Kmack responds that she doesn't "like to pack," Camila calls her out. "You always pack very little so you can wear my clothes," she laughed. Matthew has previously opened up about his wife's relationship with his mother. During an interview with Jimmy Fallon, the actor explained how they once decided to extend a Greece trip for one more week, but his mother had other plans. "She's like, 'no, I don't think that's a good idea. My mind was prepared that we'd leave today and I'm ready to go. I have to get back to my pilates class on Tuesday and I need to go to my salon to get my nails done,'" he told the story to the TV host. "And just as I'm saying this, my wife goes, 'Hey Kmack, you know what? I know a great nail salon in town here, let's go get our nails done and we'll do pilates on the beach later on.' And my mom goes, 'I'll unpack right now. I'd like to stay another week.'"