It's official: Melissa Villaseñor is a Latinx comedic queen. The funny lady pulled off another successful impression this time of the main character on the show Fleabag (currently on Amazon Prime Video) played by fellow comedian Phoebe Waller-Bridge. In the video, Melissa records herself as she watches uber popular late nineties movie The Sixth Sense featuring Bruce Willis and Haley Joel Osment in character as Fleabag. The Saturday Night Live comic uses the same dry humor Phoebe’s character uses in the show and emulates Fleabag’s facial expressions and sarcastic humor. We’ve got to say that Melissa is definitely spot on with her impression of the Fleabag and how she breaks the fourth wall to give her commentary on the movie.

Melissa is known for her impeccable comedic timing and her spot on impressions, so it’s no wonder that SNL brought her on as the first Latina comic on the show. She first debuted as a featured comic, landing that spot with a Sarah Silverman impression. But in Season 44, SNL history was made yet again when she became the first Latina comic with a repertory status on the show (in other words, she became a weekly regular). Melissa is a California native and first started in stand-up around the age of 15 at the famous Laugh Factory’s comedy camp. 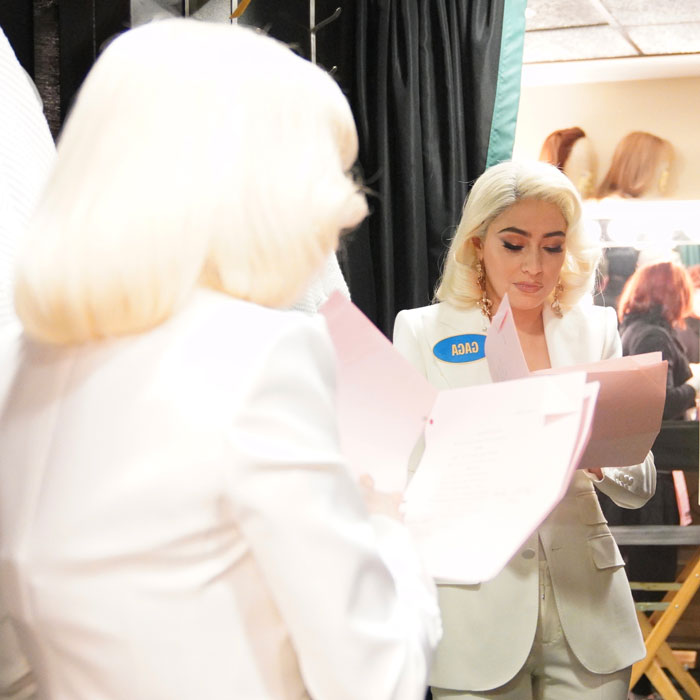 With her knack for impressions, it’s no surprise that she would tackle the TV gold that is Fleabag -- a show that gained a lot of popularity with its style of humor and real life portrayals. Fleabag is a British TV show that was created and written by Phoebe. Melissa can be seen on SNL every week or you can catch her podcast,The Melissa.