Hollywood’s biggest stars serve as both hosts and guests on podcasts, sitting down together to have conversations between two mics. These episodes are a great way for celebrities to engage with their fans in a new, causal way. They’re not forced to read from a script and they don’t have to follow instructions from a director — they can just sit back, relax and have free reign to discuss any and all topics. If you’re ready to listen to your favorite stars rant about anything their heart desires, check out these celebrity hosted podcasts to get started.

*** Scroll down for full infographics

If you’re a pop culture junkie and always ready to discuss the latest in film and television, these podcasts will entertain you endlessly.

On with Mario Lopez 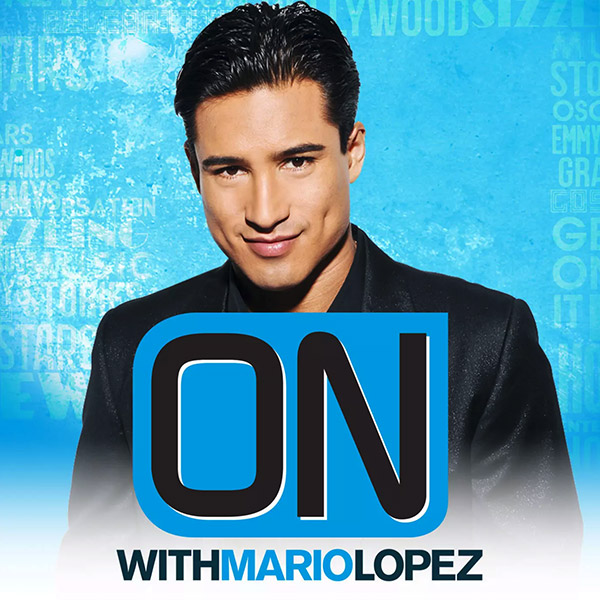 Fans of his celebrity-filled TV segments on Extra will be huge fans of Mario Lopez’s podcast, On with Mario Lopez. These bite-sized podcast episodes usually only run about 10-15 minutes and are essentially an extension of his red carpet interviews. Mario welcomes some of the biggest names every day of the week to talk about the latest news and gossip coming out of Hollywood. During awards season, Mario will take On inside the biggest events such as the Grammys and Oscars, and provide first-hand commentary with your favorite nominees and attendees.

How Did This Get Made? 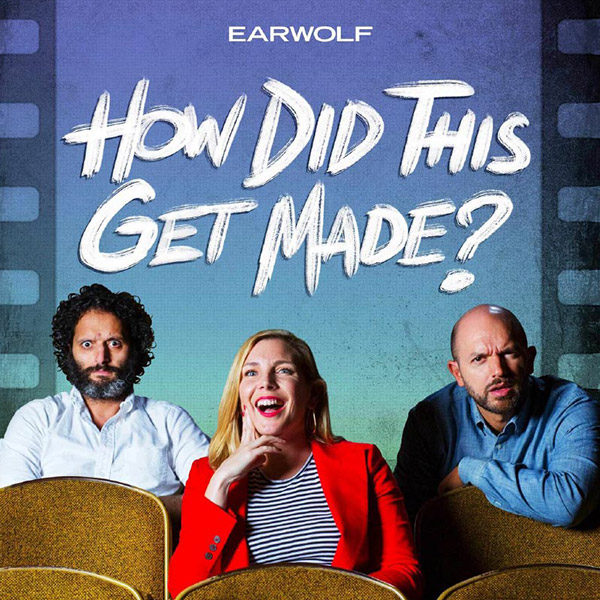 Have you ever seen a movie that’s so bad, it’s almost good? Those are exactly the type of films that Paul Scheer, June Diane Raphael and Jason Mantzoukas discuss on their podcast How Did This Get Made? The show alternates between in-studio and live audience episodes, where the trio of comedians laugh their way through reviews of the best of the worst outlandish movies. Episodes are released biweekly, and the trio welcomes a variety of guests from the comedy word to join in their discussions. How Did This Get Made? may discuss bad films, but the hosts have an ability of keeping conversation and jokes light without tearing down the filmmakers or the movie itself completely. Each episode, typically 90 minutes in length, ends with a segment called “second opinions,” where Paul reads five star reviews of the movie from Amazon. 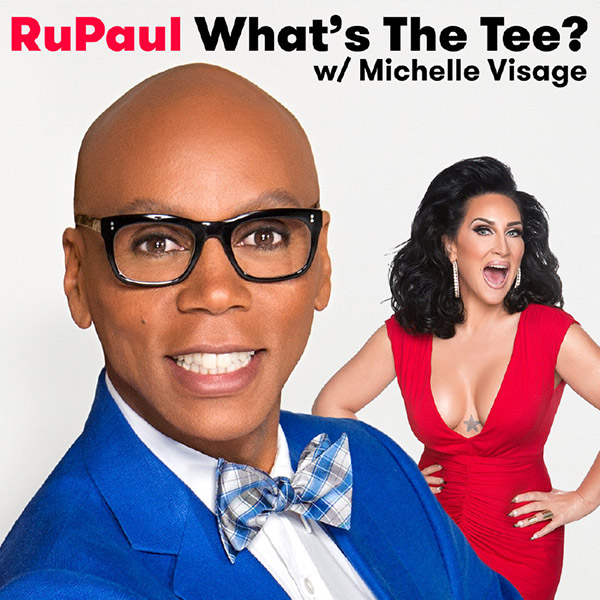 If you’re a fan of the Emmy-winning TV series RuPaul’s Drag Race, you’re sure to love this podcast from RuPaul and his lifelong friend and fellow Drag Race judge Michelle Visage. The duo sits down every week to discuss the latest in pop culture, provide beauty advice and even provide fans with behind the scenes info about their hit show. One of the most commercially successful drag queens of all time, it’s no surprise that RuPaul continues to earn accolades for the podcast, winning the Webby Award in 2018 for Best Host, Podcast and Digital Audio.  According to RuPaul, the “tee” is short for the T in truth, meaning that fans can expect to hear truthful stories and advice when they tune in each episode. 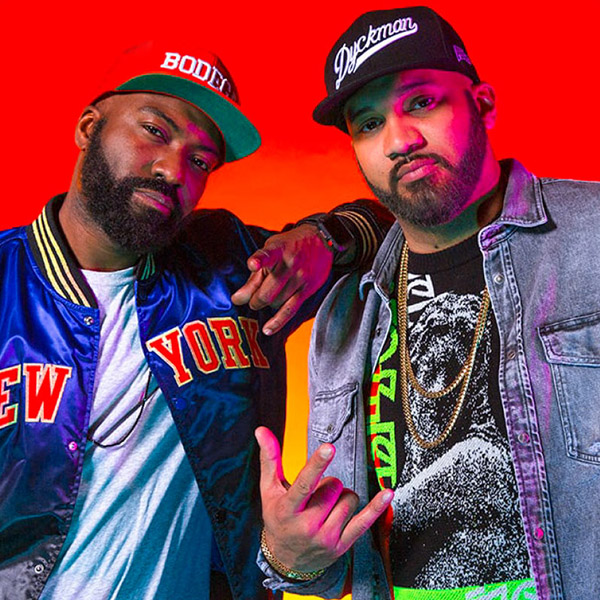 Daniel Baker and Joel Martinez, better known as Desus and Mero, have quickly gained notoriety for their hilarious, shooting-the-breeze banter. The duo, both born and raised in The Bronx, rose to prominence with their original podcast Desus vs. Mero on Complex in 2013, and recently scored themselves a late night talk show on Showtime that premiered in February 2019. In addition to their TV series, Desus and Mero have also been co-hosts of Bodega Boys, a podcast they launched in 2015 where they provide their hilarious and hot takes on all things pop culture related. Each episode includes a running gag called “AKAs,” in which Desus and Mero both go back and forth with their various aliases. Over the years, the two have earned some hilarious nicknames, and AKAs run almost 15 minutes each episode.

If you’re looking for ways to become your best self and broaden your intellectual horizons, these podcasts will be your new go-to. From relationship advice to deep conversations about what it means to be humans, there is something new to learn in every episode.

Getting Curious with Jonathan Van Ness 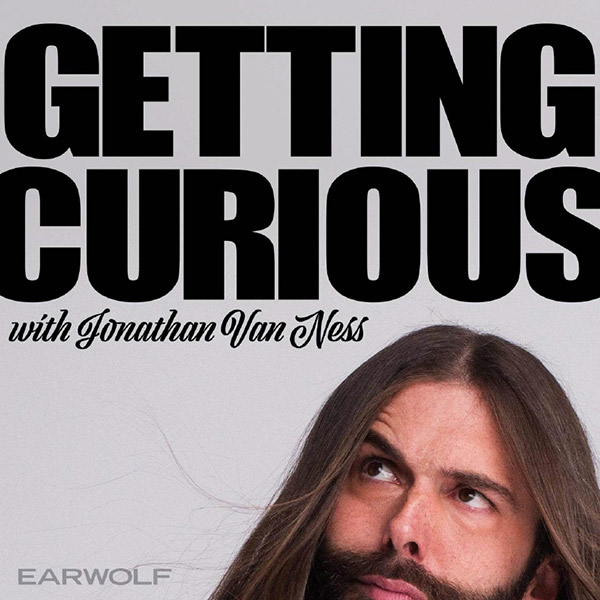 Before he became the grooming expert on Netflix’s revival of Queer Eye, Jonathan Van Ness was a podcast host. His half-hour weekly series Getting Curious launched in 2015, and was actually cancelled before the popularity of Queer Eye helped launch it back to the top of podcast charts. Each episode revolves around a singular topic that is of personal interest to Jonathan, and he welcomes a guest each week that is a trusted source on the subject. While some episodes feature challenging topics, such as fighting for gender equality and the differences between Sunni and Shia Muslims, Jonathan approaches each conversation with warmth and willingness to learn. 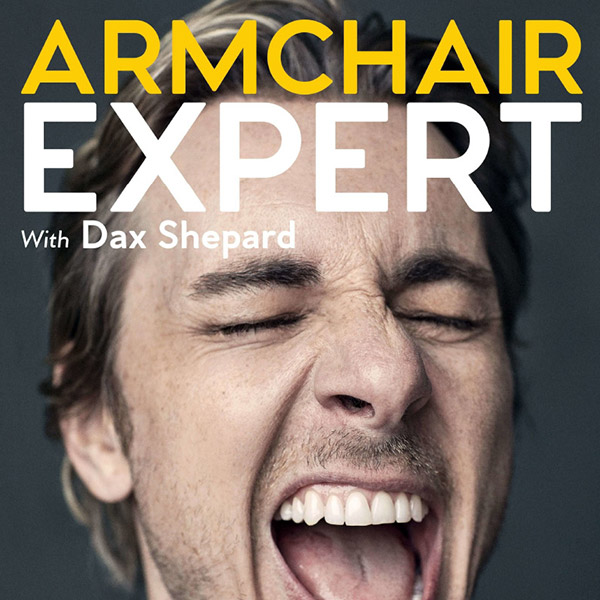 Described as “a podcast that celebrates the messiness of being human,” this conversational podcast hosted by actor Dax Shepard covers a mix of casual and deep conversations. Dax explains that his desire to start the podcast stems from his endless fascination of the messiness of being human, and wanted to create a space where he could have vulnerable conversations about struggles and shortcomings with a variety of celebrity guests. The episodes vary in length from 80 minutes and up to two hours, with notable guests including his wife Kristen Bell, Ashton Kutcher and Jimmy Kimmel. 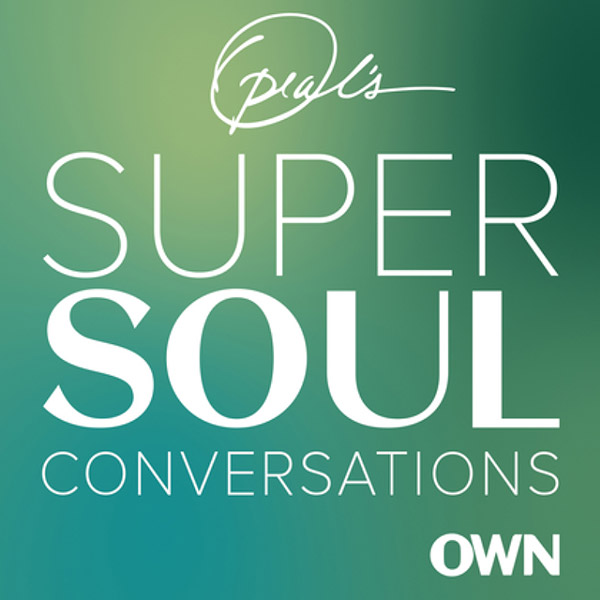 Soul therapy, also known as regressive or past life therapy, is a therapeutic form of healing that embraces the body, mind, soul and emotional body. The approach helps people to understand themselves on a deeper level, identifying behavior patterns and unconscious aspects of their souls. If you don’t have the resources for soul therapy, then you may consider tuning into Oprah’s weekly podcast, Super Soul Conversations. The audio version of her three-time Emmy-winning series Super Soul Sunday, these inspirational conversations can help show new perspective on life and help you get in touch with your spirituality. Oprah sits down with various thought-leaders, authors and general health and wellness experts to help listeners become the best version of themselves.

If you’re in need of motivation for a lifestyle change, these sports and health podcasts from the biggest names in wellness might help you get there. They cover topics of both mental and physical health, workout tips and more. 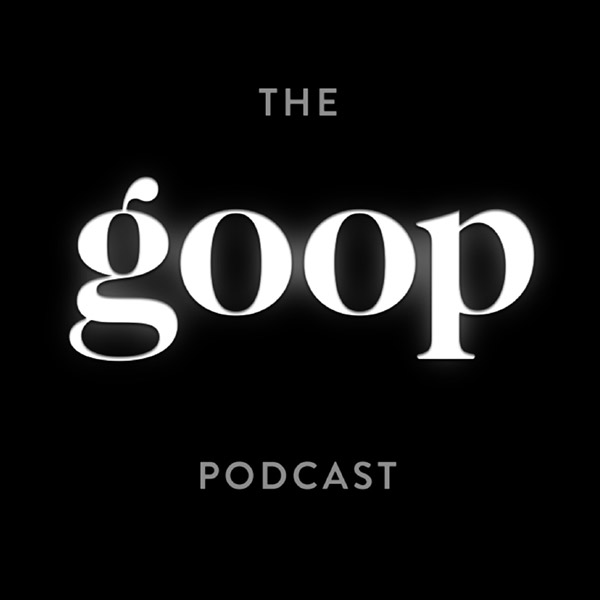 Gwyneth Paltrow is the driving force behind the health and wellness company goop, and she kicked off The goop Podcast with a bang by bringing the one and only Oprah on. Along with goop’s Chief Content Officer Elise Loehnen, they welcome some of the most well-known thought leaders and culture changers to discuss deep topics like manifesting the things you want and how to process loneliness. Goop publishes two weekly episodes that range from 30 minutes to an hour in length. Gwyneth and Elise’s talks have featured impressive guests such as Brené Brown, Ariana Huffington and Erin Brockovich.

The Big Podcast with Shaq 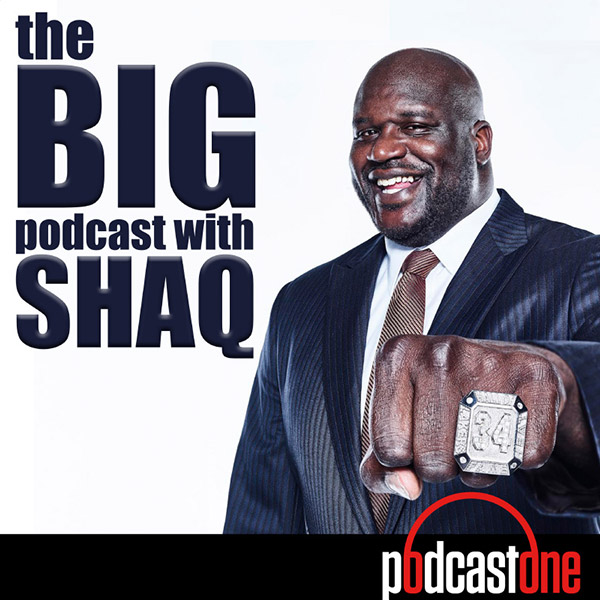 For fans of basketball and the NBA, The Big Podcast with Shaq is one you can’t miss. He might be best-known for his incredible basketball career, but Shaquille O’Neal is also a platinum recording artist, TV and movie star and now a podcast host. While there are conversations between Shaq and co-host John Kinkade about basketball and other sporting news, the two also discuss entertainment and pop culture happenings, daily life events and even trending memes. Shaq has even shared his thoughts and theories about the world being flat on one particularly controversial episode. Notable guests have included Justin Bieber, Kim Kardashian and Adam Sandler. 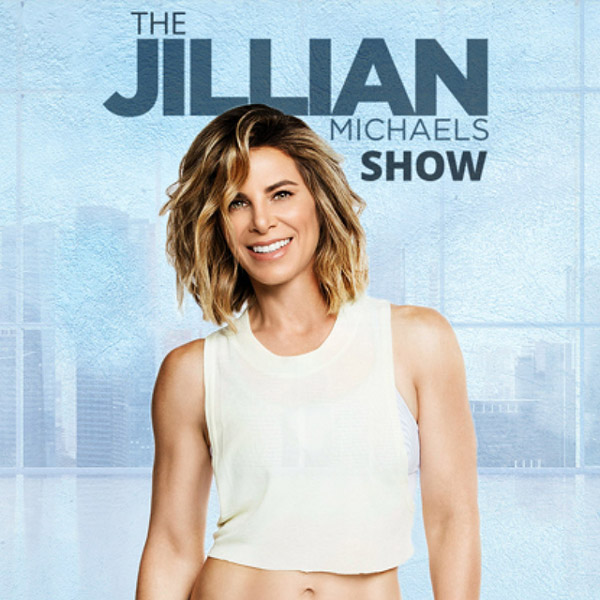 She’s one of the top health and fitness experts, and in addition to her numerous workout videos and TV roles, Jillian Michaels has a podcast of her own. The Jillian Michaels Show focuses on her expertise while helping you find happiness and health in all areas of your life. She often hosts on her own, but will occasionally feature guests like Dr. Josh Axe and Dr. Jennifer Ashton to offer their insights in the world of general health, medicine and wellness.

If you’re on the hunt for a podcast that will keep you entertained, expand your mind and make you laugh until it hurts, these shows will be the perfect fit. 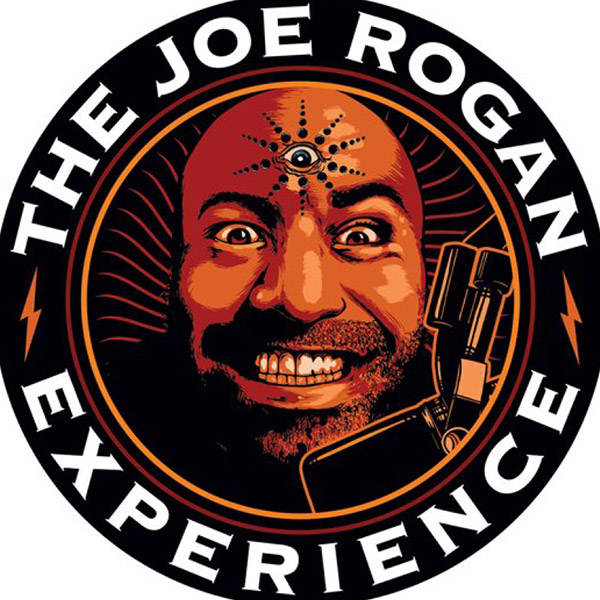 Joe Rogan is a man who wears many hats — he’s a stand-up comedian, MMA color commentator, former TV host and current podcast host. His show, The Joe Rogan Experience, features long-form and in-depth conversations with guests from various industries. With over 1,300 episodes, Joe has had an impressive guest list that has included the likes of Elon Musk (a famous episode during which the two drank whiskey and smoked), Neil deGrasse Tyson, Lance Armstrong and the late chef Anthony Bourdain. These lengthy episodes — some of which can be almost four hours long — feature uncensored and colorful conversations that have millions of listeners around the world joining in for a thought-provoking listen. 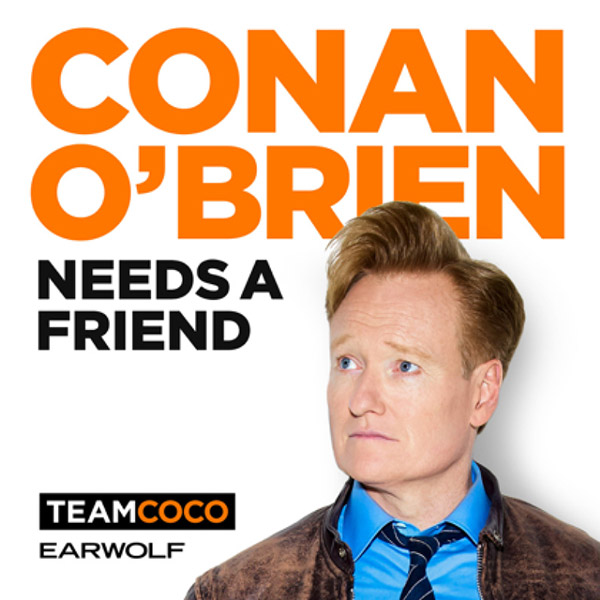 Many know Conan O’Brien as the hilarious host of shows Conan and Conan Without Borders, but recently the late-night star also become the host of his own podcast. On the weekly podcast Conan O’Brien Needs a Friend, he sits down with heavy-hitters of the comedy world as he embarks on a quest to find out if he can actually become friends with his guests. At the beginning of each episode, his guests hilariously answer how they feel about being friends with Conan O’Brien. Comedian Billy Eichner said he feels “mixed” emotions about it, and Martin Short even said he feels “ashamed” about being Conan’s friend. If you’re looking to laugh along with the best comedians in the industry, Conan O’Brien Needs A Friend is a great go-to. 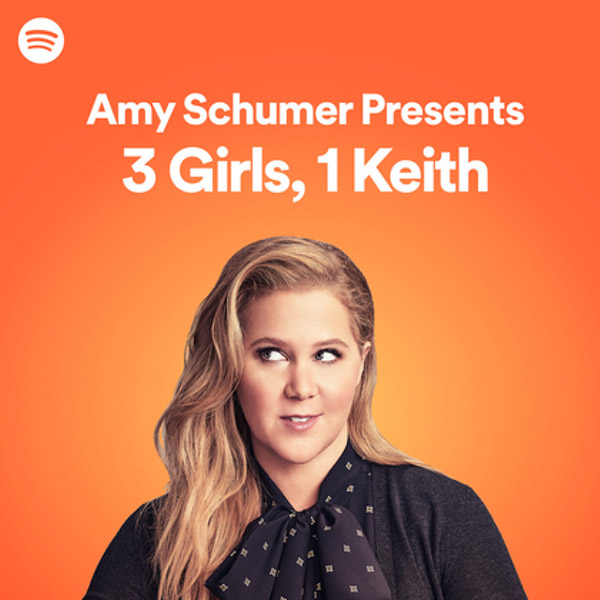 Described as “dinner with your besties, if your besties were morally bankrupt,” 3 Girls, 1 Keith is a comedy podcast hosted by Amy Schumer. She’s joined by friends Rachel Feinstein, Bridget Everett and Keith Robinson to discuss their lives, the latest in pop culture and entertainment, stand-up comedy, relationships and everything in between. The real-life besties and hosts have said that the podcast reflects how they would actually hang out and have conversations, which results in hilarious and real discussions. Episodes range from 30 minutes to an hour long, and they’ve had impressive guests like Anderson Cooper and Wanda Sykes.

It’s easier than ever to find and indulge in podcasts that speak to your interests. Similar to how you search for music, you can find podcast episodes on platforms like Spotify, iTunes and Google Play. In addition to your favorite celebs hosting their own shows, many major media companies produce their own podcasts as well. You can tune in to episodes from The New York Times, The Washington Post and NPR to stay up-to-date on the latest world news. No matter what your interests are, there is a podcast for you that offers an in-depth listening experience to the topics you care about.