Elsa Pataky and her husband Chris Hemsworth have been supporting Chris’ brother, Liam Hemsworth, by staying by his side after it was confirmed he and his wife Miley Cyrus separated. But earlier this week, the actress took a quick break from her sister-in-law duties and stepped out for ice cream with her children and their two pet lizards. The 43-year-old model took to social media to share a clip of her kids playing with their “favorite pets!!” followed by a clip of the reptiles perched on her shoulders. 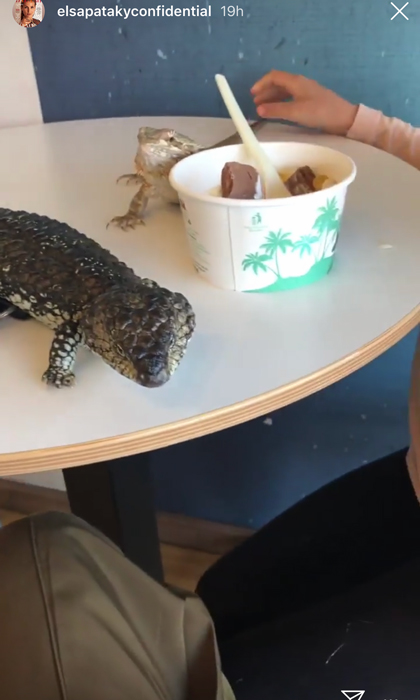 The Spanish star appears wearing a black turtleneck with her hair up in a messy chignong. “Ice cream with the reptiles,” she says. Elsa went on to ask her kids the names of the lizards and one replied, “Monty” while the other name was inaudible. Aside from lizards, the Hemsworths have an array of other family pets including two white chickens called Moto moto and Pizza and two guinea pigs. Based on the number of pets, it appears the family-of-five loves caring for animals.

Ahead of stepping out for sweets the blonde beauty made a lovely tribute in honor of her husband’s 36th birthday on August 11. Next to a carousel of lovely photos, the mother-of-three wrote, “Happy birthday to my favourite human being, my husband my partner, my love, best dad ever.” She continued, “I’m so proud of you and who you are. Don’t ever stop making us laugh. You make every moment in our lives so happy.” 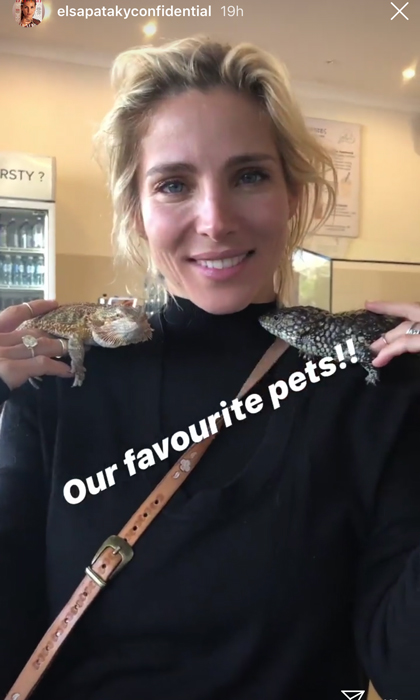 The Spanish actress captioned the clip in which the reptiles are perched on her shoulders: "Our favorite pets"

Most of the snaps were photos of the two of them showcasing their love and affection. Others were pics of Chris showing off his daddy skills with their daughter India, seven, and their five-year-old twins, Sasha and Tristan.

The Thor actor and the 12 Strong star have been married for nine years and are still going strong. If you're wondering what their secret to a successful marriage is, in an interview with Entertainment Tonight, the Australian star shared, "It's all about the friendship first and that sense of adventure. She became an actress, I became an actor, to travel the world and have experiences like this and to have such wonderful support for one another." Taking notes!