The same way the Dad bod has skyrocketed in the past few years (shout out to Leonardo Dicaprio!), the sexy abuela is very much a thing in 2019. Kris Jenner, Tina Knowles and Jane Fonda are a few women who have defied the power of time while becoming grandmothers. And now, there's another stunner who has joined this distinct group—meet Bárbara Mori, the 41-year-old Mexican actress who just proved she's the world's sexiest abuela at her latest event. 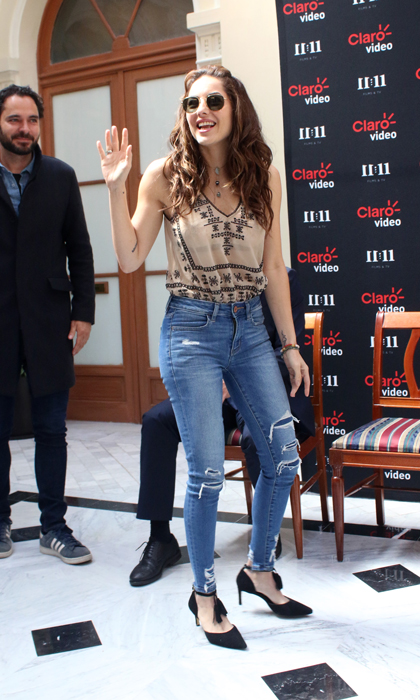 The brunette beauty rocked a chic ensemble during her appearance at the first day of filming the upcoming soap opera La Negociadora on August 12 in Mexico City, Mexico. The actress is famous for being on Telenovelas (most notably the series Rubí), and this marks her return to the small screen. For the occasion, Bárbara wore a simple nude-colored blouse with black embellishments and a pair of jeans. She topped off her look with small black heels and accessorized with a pair of sunnies.

MORE: Sofia Vergara's secret to eternal youth is in her little house in the Bahamas

As you can see, Bárbara is in great shape and yes, she is a grandma. The Mexican actress has a 21-year-old son Sergio Mayor Mori, who recently welcomed his own daughter Mila Mayer Subtil. The young grandma is always sharing pictures of her family on her social media account. 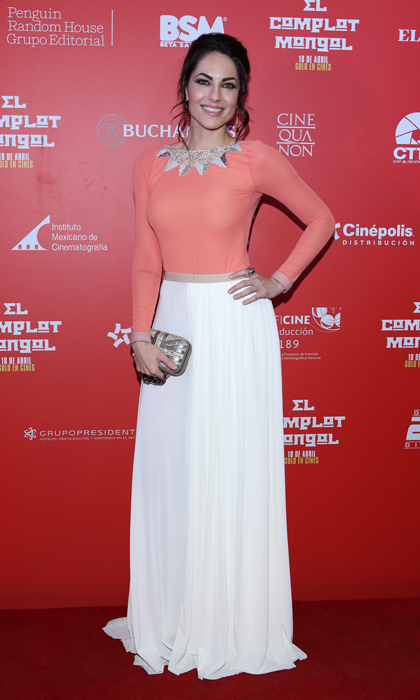 "Life happens. Experiences come and go, always with a lesson," she wrote shortly after welcoming her granddaughter to the family. "Everything changes. And when you least expect it, love flourishes, it manifests. And life, if you let, it transforms."