Kelly Ripa and Mark Consuelos’ daughter, Lola, looked stunning for her prom back in June. The 17-year-old opted for a custom emerald green gown featuring a deep v-neckline and a thigh-high slit proving their middle child is all grown up. But even though Kelly and Mark approved of her sexy gown, they were taken by surprise the moment she came down the stairs. During a chat with Jerry O’Connell on the premiere episode of the Jerry O' Show, Kelly revealed Lola went behind her parents' backs and secretly made last-minute alterations to her dress without telling them. Yikes! 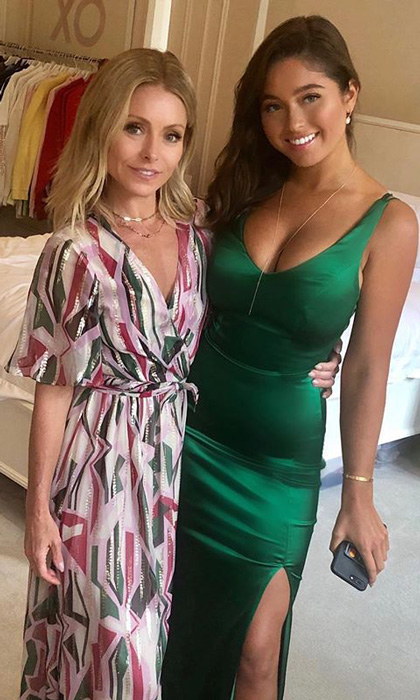 “That’s prom,” she told the show’s host. “That’s the prom dress that we had made and she had altered behind our back,” she added. Lola’s floor-length dress was designed by NYC-based tailor Raza Wijdan and was styled by Audrey Slater, Kelly’s stylist. “So that’s why the girls are fully on display,” explained the television host. “Everybody came down the stairs together. And I just mean Lola.”

Back in June, the 48-year-old star posted a photo of her not-so-little girl on social media which she explains took forever for Lola to agree on. “Took me 20 hours to get that photo. I was like, ‘Please just give mommy one. Just one photo!’” she exclaimed. Lola went to prom with her longtime boyfriend, Tarek Fahmy, who was her date the previous year as well. 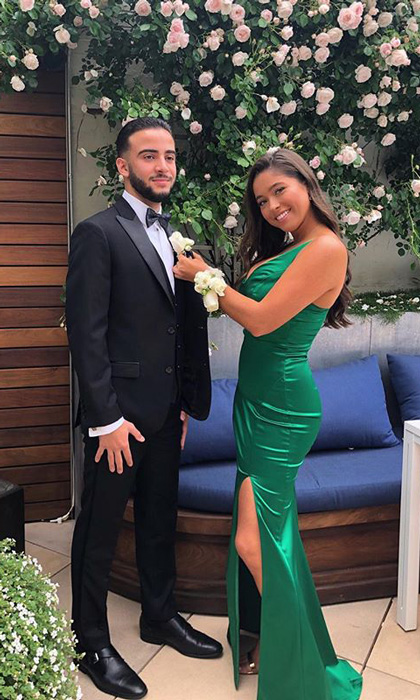 The 17-year-old posed with her prom date, her longtime boyfriend Tarek

But the Live with Kelly and Ryan host didn’t leave the show without complimenting her daughter. “She’s a smart girl. She’s a nice girl,” she said. Soon after posting about her prom, Kelly and Mark talked about how they ruined her birthday when she accidentally walked in on an intimate moment. Eek!

MORE: Wowza! Kelly Ripa's daughter is all grown up and gorgeous for prom!

Lola is Kelly and Mark’s middle child and only daughter. The famous couple are also parents to Michael Joseph, 22 (and their eldest son) and Joaquin Antonio, 16.