Less than a year after their intimate wedding in Franklin, Tennessee, Liam Hemsworth and Miley Cyrus have announced their separation. In a statement made to People Magazine, Miley's rep confirmed the breakup:

"Liam and Miley have agreed to separate at this time. Ever-evolving, changing as partners and individuals, they have decided this is what's best while they both focus on themselves and careers. They still remain dedicated parents to all of their animals they share while lovingly taking this time apart. Please respect their process and privacy." 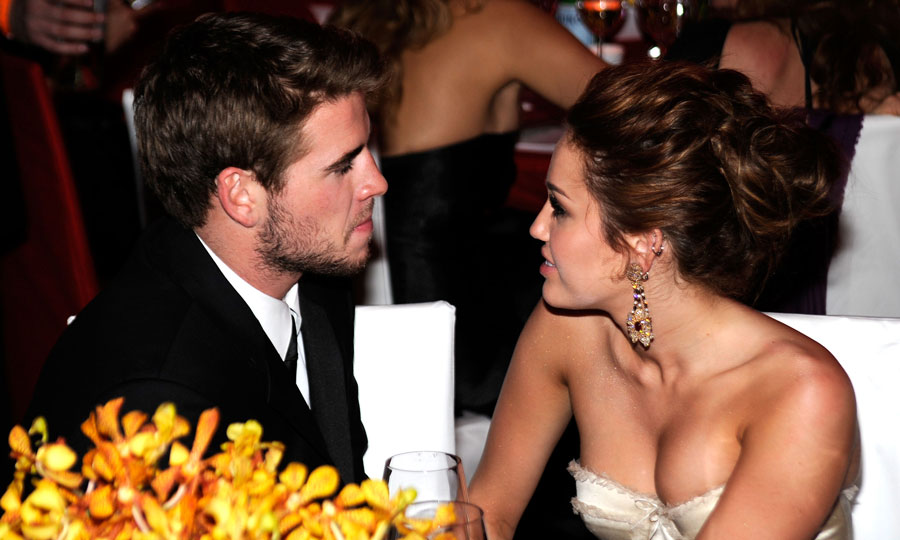 Miley and Cyrus attend Elton John's Aids Foundation Party in March 2010. The pair only had eyes for each other

Breakup rumors swirled around the couple when Miley was spotted sans wedding ring in a recent social media post. The singer appears sun-kissed and svelte donning a fitted crop top and black capris as she enjoys her time in Italy. Notably missing is her 18k gold pavé wedding ring by Neil Lane. 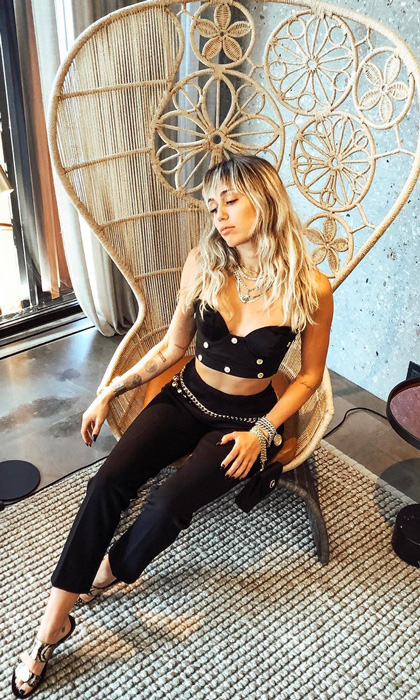 "Mute me if you don't want [to get] SPAMMED," Miley captioned her latest social media post

Miley referred to her marriage to Liam as "unique" and "modern" in an interview with Vogue magazine for their August edition. While the former Hannah Montana Disney star didn't reveal details behind her marriage, she spoke candidly about her feelings toward the 'traditional' roles women have been expected to play in a marriage ("I mean, do people really think that I'm at home in ... an apron cooking dinner?"), about self-love and about her own sexuality.

"At this time of my life, I feel the most powerful I've ever felt," Miley poignantly shared.

Under the Italian sun, Miley seems to be enjoying herself with friends including Brody Jenner's ex, Kaitlynn Carter

RELATED: The way they were - Miley and Liam's 10 years of love, a relationship timeline

The pair met and fell in love in 2009 on the set of Nicholas Spark's romace novel-turned-movie The Last Song. Back then, Miley seemed to have predicted her future when she told Glamour that she hoped to be "settled: making movies, living in a house, maybe even married" in ten years. Her vision of the future seemed to be coming true when Liam proposed in 2012 with a gorgeous vintage ring - a solitaire. Miley was just 19 years old at the time.

"I love him," Miley said. "He really respects me for who I am because coming from Australia, he really didn't know me as the celebrity I am here. I got to tell him about myself on my own terms and my own way. He had no preconceived notion of who I was supposed to be."

The on-again, off-again pair split in 2013 and officially got back together in 2016 when the Mother Daughter singer started wearing her engagement ring once more. After Miley and Liam lost their Malibu home to the fires, their relationship seemed to have gained strength.

They were last seen together at the Saint Laurent men’s spring/summer 2019 show in Malibu.

Neither Liam nor Miley have addressed the separation on their own.