Since playing the iconic role of Serena van der Woodsen in Gossip Girl, Blake Lively is returning to the small screen to star in a new fashion series. It’s been announced the 31-year-old star signed a deal with Amazon Studios where she’ll be collaborating on a couple of projects. While we have yet to learn the name of the show and details about her character, we do know the upcoming series is set in New York and has a fashion element.

Head of the streaming service, Jen Salke, told Deadline: “It took a long time but we just closed a deal with Blake… and we’re talking and developing a show.” She continued, “It’s not ready. It’s set in New York, there’s a fashion component.”

Since Gossip Girl ended in 2012, Blake has been focusing on her film career. Recently, it came to light that the CW series which gave life to characters like Blair Waldorf (Leighton Meester), Chuck Bass (Ed Westwick) and Dan Humphrey (Penn Badgley) among others is making a comeback on HBO with a ten episode reboot. 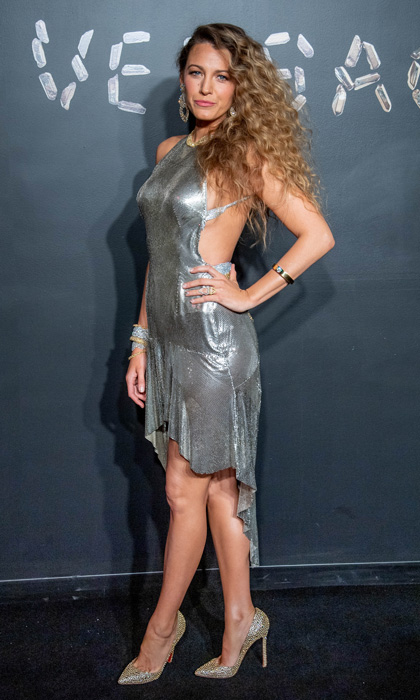 Although there hasn’t been any news of Blake appearing in the show featuring Manhattan’s elite, in April 2017, she spoke to Variety on whether she’d be up for playing Serena again. "It sort of all depends," Blake said."Would I do seven years of the show? No, because it's hard work and I've got my babies, and I don't want to be away from them that much. But I've just learned in life you never say never."

MORE: Anna Kendrick had this to say when talking about her kiss with Blake Lively

The mother-of-two, who is currently pregnant with her and Ryan Reynolds’ third child, is also taking in the lead role for the film adaptation of The Rhythm Section, which is set to premiere later this year.

Stay tuned for more on her exciting new gig!