Eva Longoria and Isabela Moner are speaking out against the tragic events that unfolded in their hometowns over the weekend. The Dora and the Lost City of Gold actresses appeared on Strahan and Sara on Monday, August 5, where they expressed their feelings on the shootings in El Paso, Texas and Dayton, Ohio. “It’s heartbreaking and horrifying every time and I ask that people don’t get numb to it,” Eva, who is from Texas, said. “We get numb to hearing ‘another shooting.’ We can’t stay numb. We have to have action.”

She continued: “Definitely a mental health problem but we need some gun reform. People think, ‘that’s inevitable. That’s going to happen.’ No.” Isabela, who hails from Ohio, chimed in with her thoughts. “There’s so much power and wealth behind that administration,” the 17-year-old said. “So what we need to do is text our senators and at least ask for more background checks and for diligence because that’s the least that we deserve.”

Over the weekend, two gunmen killed upwards of 31 people in two separate incidents. On Saturday, a gunman opened fire at a Walmart in El Paso, leaving 22 people dead. In the late evening of Saturday, and early Sunday morning, a separate shooter opened fire in the Oregon District of Dayton, Ohio, leaving nine dead and many wounded. In a separate appearance, the Texas native and mother to one-year-old Santiago opened up about the affect the incidents have on her now that she is a mom. 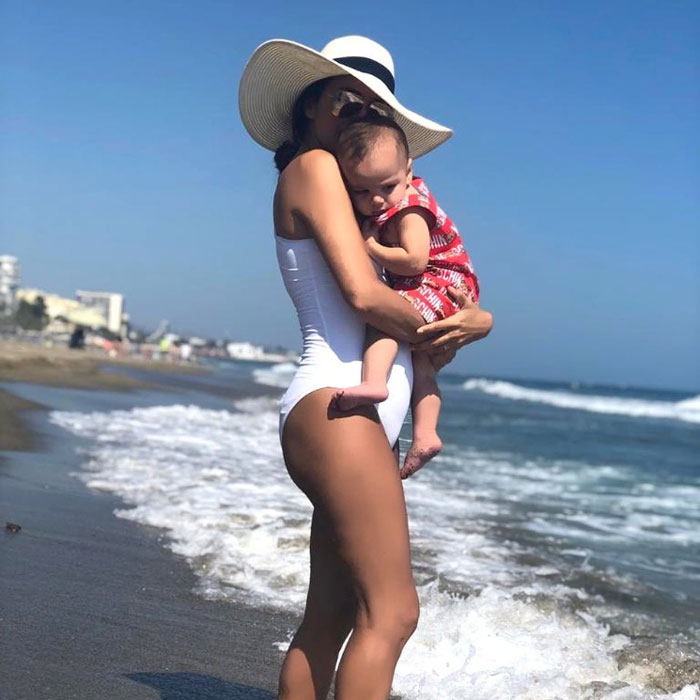 “I can’t talk about it, now as a mom, everything makes me cry. I think, that could have been my child, that could have been my mother. My mother goes to Walmart three times a day,” the 44-year-old said on Today. “It’s always heartbreaking and horrifying. People think it’s inevitable. That’s the problem, people aren’t really aggregating or getting outraged because it’s not in their state or it’s not their child or it’s not their mom. But you have to think, that was somebody’s mom, that is somebody’s family member, it is somebody’s friend.”