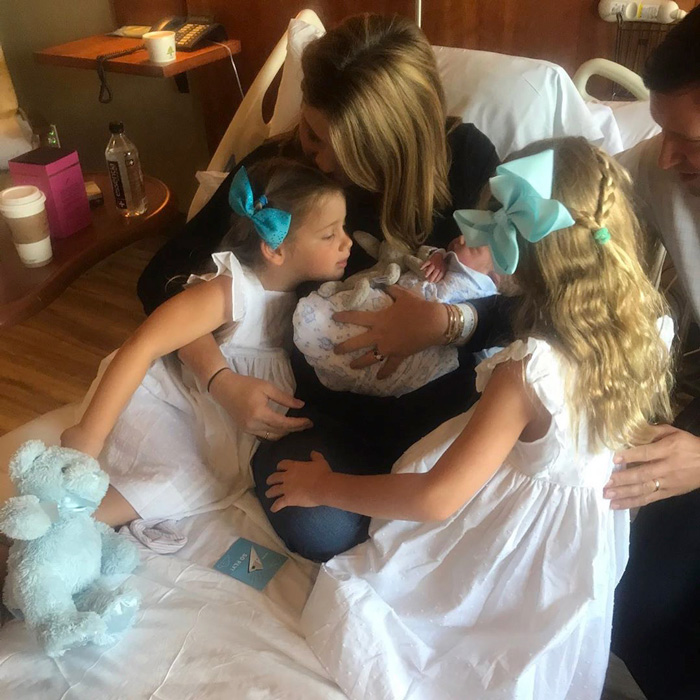 “And our world made even sweeter when our girls met their baby brother,” Jenna captioned a slideshow of photos taken at the hospital. The adorable images show Mila and Poppy pushing their brother in his hospital cot and staring at him as he slept soundly in his parents’ arms. In a tender video that Jenna shared with the Today show, the big sisters showered their baby brother with kisses. “Hi, little baby,” Poppy said before cuddling Hal.

While calling into the Today show on Monday, Jenna confessed that her girls “are crazy about [Hal]” and are “just so thrilled that they have a little baby brother all of their own.” She also revealed that Mila and Poppy played a role in nicknaming their little brother, who was named after Jenna’s maternal grandfather Harold and her husband Henry Hager. “We weren’t exactly sure about the name, but then his big sisters arrived and they called him ‘Hal Pal’ and we thought this is just perfect,” she shared. 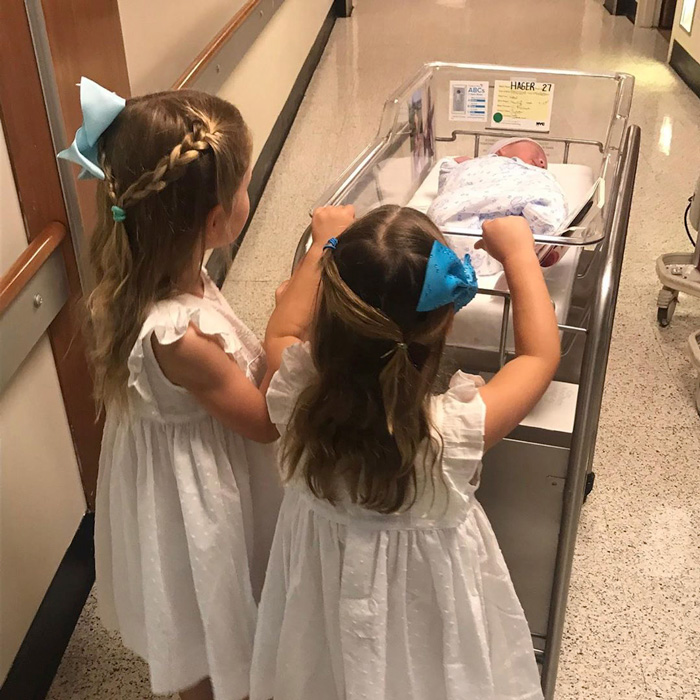 Jenna joked that her father, former President George W. Bush, was “a little mad” that his first grandson wasn’t named after him. The proud grandfather took to his personal social media account to welcome his newest grandchild, writing, "@laurawbush and I are thrilled to welcome Henry Harold Hager to our family. We are happy for the proud parents, @jennabhager and Henry. And pleased that Mila and Poppy have a little brother to love. We thank God that mom and baby are healthy, and we look forward to many years of loving the boy known as Hal."

MORE: Angelina Jolie reveals the advice she gives her daughters

Jenna announced her pregnancy back in April. “I’m pregnant!” the TV personality told her NBC co-anchors at the time. “I’m only telling because Mila and Poppy found out yesterday in their Easter baskets. They told the man behind me on the airplane, they told people at church. I’m very pregnant. I don’t know how I hid this.” Hal’s arrival came three years after Hollywood Medium star Tyler Henry predicted that Jenna would give birth to a son.