Here's something to make you feel old—Britney Spears just shared a picture on her social media with her two kids Sean Preston Federline, 13, and Jayden James Federline, 12—and they're all grown up! The family went on a Disney vacation together and took some sweet photos of their time at the happiest place on earth. In the past, the 37-year-old singer has shared pictures of her boys, but it's been a few months, and clearly time flies! 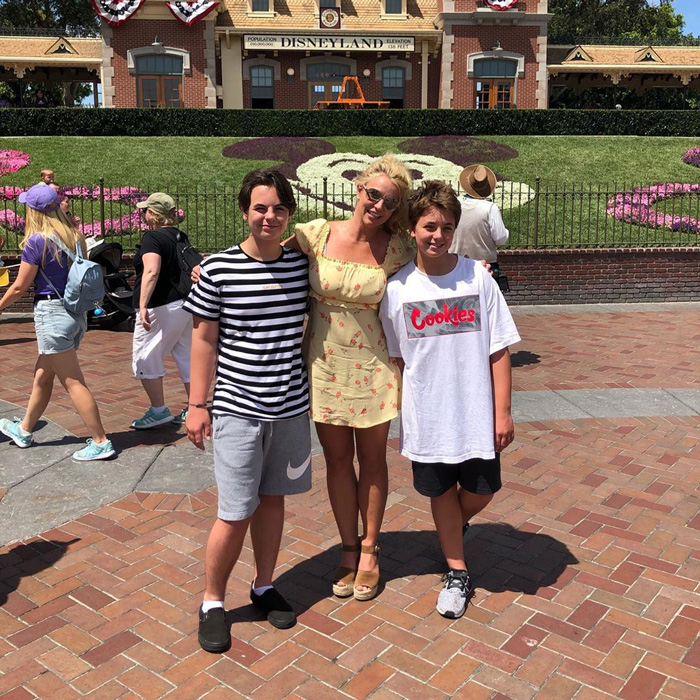 The superstar shared a gallery of photos of their time at the park. "Great time at Disneyland today .... but I don’t remember ever getting that wet on splash mountain," she wrote alongside the pictures. "Geeez .... anyhow my boys are older now, so they don’t like their picture taken ever... so I was thrilled today when they said SURE!!!!! Such a great place!!!!!"

In the first photo, Britney is pictured between Sean and Jayden as they pose in front of a Disneyland attraction. Another photo sees the boys enjpying a lunch break. The singer also included a video of the trio boarding one of the park's rides. Britney, who shares her two boys with former husband Kevin Federline, recently made her first red carpet appearance with longtime boyfriend Sam Asghari. 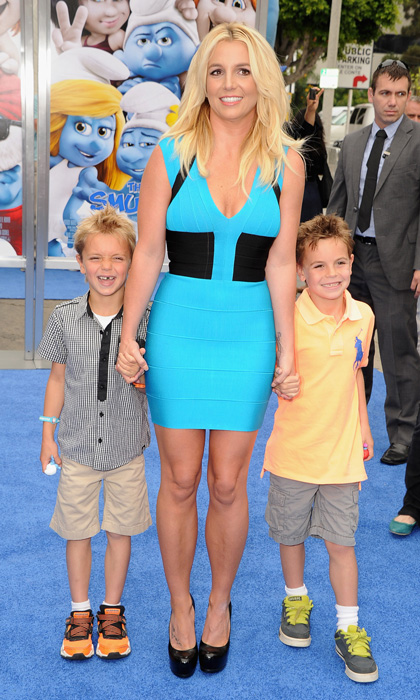 The family took a trip to Disneyland

The pair attended the Los Angeles premiere of Once Upn a Time in Hollywood, where they joined many other star-studded couples on the red carpet. Britney took to her social media to share the special moment with her fans. "Our first premiere," she wrote alongside the photo.