We all know that Thalia’s waist is one of the smallest in the world, and it appears that the Mexican songstress wanted to slim down her figure just a tad bit more. The actress decided to go further and surprised us with her new size. The No Me Acuerdo and Lento singer turned to a physical trainer, who put her under an extreme workout routine that led her to achieve her goals: reduce her size and minimize her body fat level. 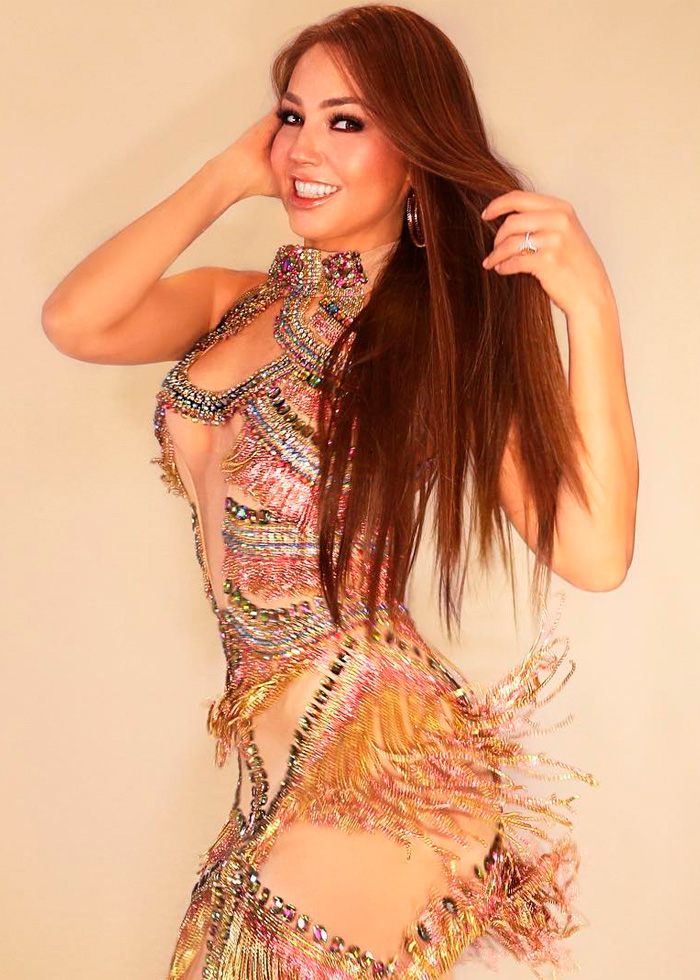 Thalia underwent a 12-week challenge to mold her body

Through her social media, the artist showed off the exciting results next to Jorge Valverde, her trainer and the person responsible for her new silhouette. The 47-year-old beauty shared the results of her efforts and pointed out that her already mini-waist is almost an inch smaller. She also lost 24.8-2.8% of body fat.

Valverde helped Thalia work on her arm muscles and another positive result is that her calf muscles grew! “You are very disciplined. We must tweak a few things, but we are doing super well,” the trainer said about Thalia’s performance. Tommy Mottola’s wife has succesfully reached the fifth week in the 12-week fitness challenge. 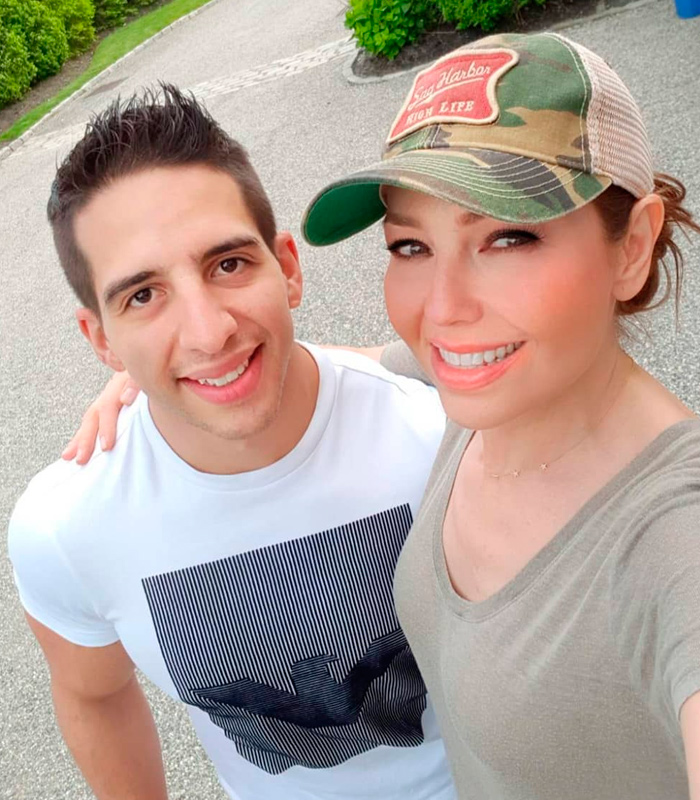 Thalia’s trainer is famous in the celebrity world. He has worked with other celebrities

Thalia was not the only one who decided to work on her body: her husband, Tommy Mottola, is also working out with the same trainer. The music producer, who recently turned 70 years old, was caught in fraganti by his wife while exercising his biceps.

Thalia was super excited because she can’t wait to see the results and enjoy her husband’s muscles. The couple will celebrate 19 years of marriage next December 2. In her social media, the artist shared a series of fun videos in which she showed off her husband and the results of his new fitness regime.