Jennifer Aniston and Justin Theroux suffered a major loss this week. The former couple said goodbye to Dolly, their white German Shepherd. The two had previously adopted Dolly in 2006 while they were still together. The pair, who split in February 2018 after two and a half years of marriage and seven years as a couple, reunited to say their goodbyes to their pet dog. The 47-year-old actor took to his social media to announce the sad news and share photos of the burial ceremony they held for Dolly. 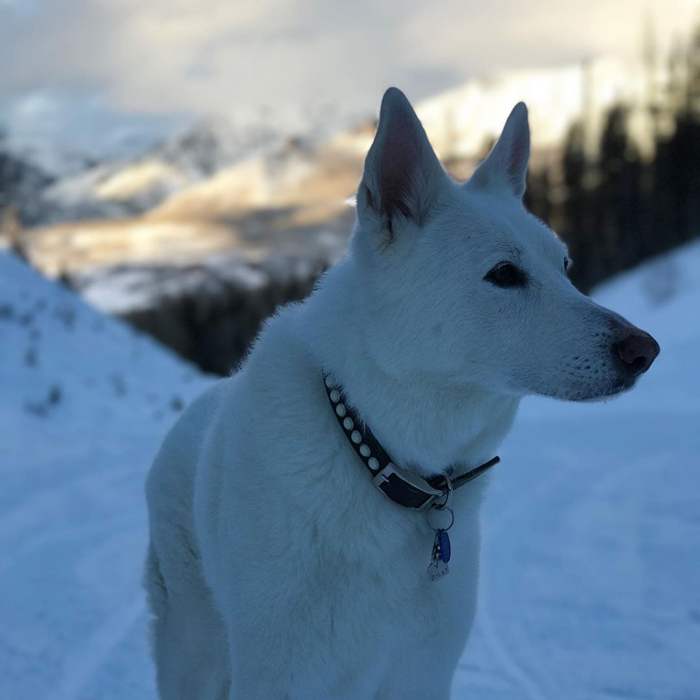 In his post, Justin shared a gallery of photos showing the beautiful white German Shepherd before her passing. The rest of the photos were dedicated to her burial ceremony. "Tonight, at sunset, after a heroic struggle... our most loyal family member and protector, Dolly A. laid down her sword and shield. She was surrounded by her entire family," he wrote alongside the post that featured the dog resting peacefully and covered with flower petals. He also added a quote by U.S. politician George Vest to his message: “The one that never deserts, the one that never proves ungrateful... is the dog— faithful and true, even in death.”

MORE: Justin Theroux breaks his silence on Jennifer Aniston split and reveals the most 'exhausting' part

Many celebrities took to the comments section to send their love and support to Jennifer and Justin. Friends co-star Courteney Cox wrote, "We love you Dolly" with three broken-hearted emojis. Orlando Bloom added, "rip beauty." Actress Kate Walsh also sent her support. "Sending you love and strength," she wrote. 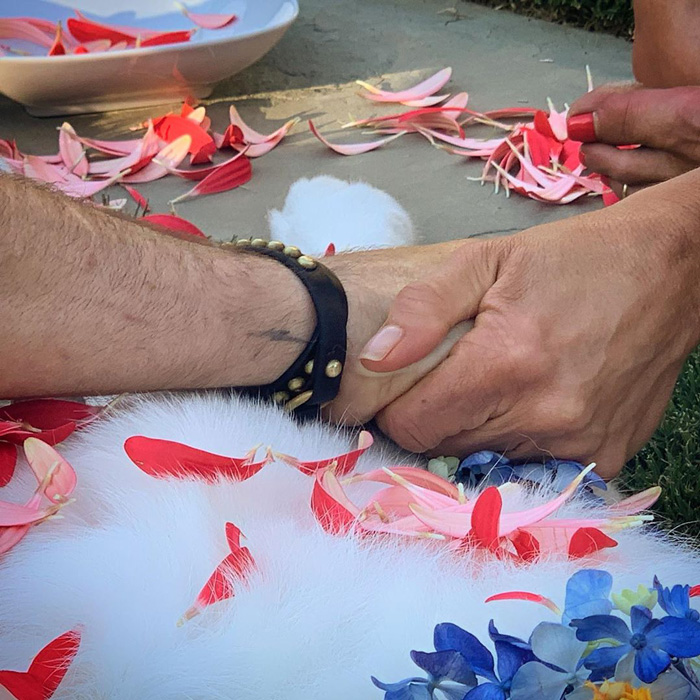 The former couple hosted an outdoor burial ceremony for Dolly

Jennifer previously opened up about her love for dogs, including her two pups Norman and Dolly. “Really, the most unconditional form of love that you can encounter is with a dog,” she told Allure. “They’re excited the minute you come home, and they show the same amount of excitement every day. They’re loyal, and they’re always, always faithful.”  She even added how similar she is to Dolly. “I’m like Dolly,” Aniston says. “Her brain moves faster than her body, and she’s slightly klutzy, which I tend to be.”